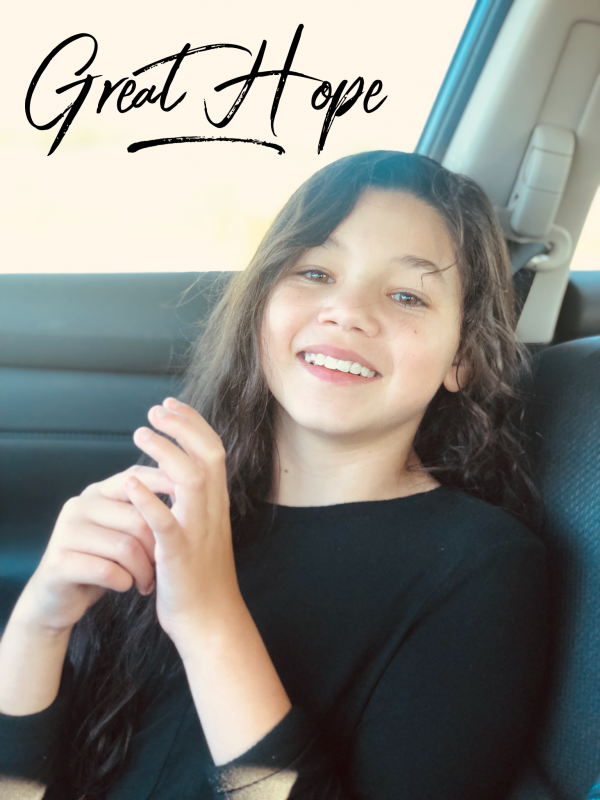 I was a coward.

I left something out of my book “Waiting for the Light Bulb” because I was a coward.

I didn’t want to put that one particular thing in black and white because I was so terrified it would come true.

It was too hard. Too tender. Too tricky. Too confusing.

I was too conflicted.

I am only now able to share because from the way it looks, my greatest fear did not come true. That is not bravery. That is just relief.

My oldest daughter Isla was diagnosed with autism at the age of six. Her sister June was born when she was four so we did not have or know of this diagnosis throughout my pregnancy, delivery or the first year or two of June’s life. But then, when Isla was eight after a tough diagnosis, and the hardship that followed, and moving and therapy and crying and medications and ARDs and IEPs and doctors and therapists and schools and all of it, I was pregnant with my third child.

But then the blue streamers fell on my face the day of the big gender reveal.

In that instant half of my heart was exploding with joy. I couldn’t even fathom what having a son would be like in my life after years of pink and princesses. But just one second later… just one split second… the other half of my heart trembled with fear. Oh my God. What have I done?

I treated my third pregnancy the same as the other two. I didn’t go crazy with what I could or could not eat and I didn’t watch out for what I should be smelling or not smelling or drinking or not drinking or whether I should color my hair and what not.

The only difference was that I didn’t allow myself to get “too excited.” As I dreamed of a strong son I would also dream of him as a completely dependent adult and non-verbal. I would play all the scenarios in my head over and over and convince myself it would be OK whatever the outcome. At least now there was ABA therapy and I had a support system and all the work had been done through Isla to pave the way so it would be easy. Right?

I was so conflicted each night as I prayed. I would catch myself praying to God, “Oh God please don’t give my son autism.” And then immediately I would feel this huge wave of hot guilt over my face because of Isla. I love Isla so fiercely, all of Isla. Autism makes up such a big part of her life how can I wish it gone?

This autism awareness month someone posed a question on a blog that really had me stuck for a while. “If it was possible, would you take autism away from your child right now?” I wrestled with this for a while and realized that again this question is impossible for me because autism makes up a big part of Isla. So to not have autism means I would not have the same Isla. Also, how can I make that decision when Isla is her own person with feelings and emotions and a brain and a body that is not mine and how do I know she is not perfectly happy and content in her world? With that being said, I know there are families that have a child who is extremely severe who harms themselves and others and cannot communicate at all. Of course I would say YES in a heartbeat if that were my Isla’s reality and be justified. But it isn’t Isla’s reality. So what exactly do I pray for? For God’s will to be done? Um, that felt uncomfortable because I was pretty sure that I did not want autism for my baby, PERIOD. In the end I started praying something like this, “So God, when it comes to autism… well, you know my heart.” Then I would cry and hold my belly and not allow myself to dream too big for that little guy.

Major is now 2 ½. Last night he “read” me the book “Brown Bear Brown Bear”. From his memory of me reading it to him, he said something like this, “Bown bear bown bear whaaa o u see? I RED BIRD wooo e a me.” This went on for every single page. Major knows his colors, he is starting to count and talk to me in complete sentences. He is active and happy and eats well and is growing big. He is observant and sweet and is amazing at the prompt of “first and then”. He is independent and wants to do everything alone and by himself because he is a “Bi Boy”. He is all the dreams I didn’t allow myself to dream. 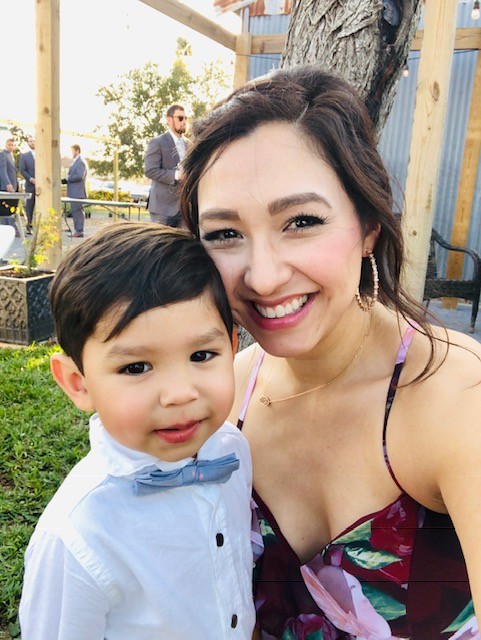 You might think, well dang Lisa thanks a lot. You know very well that there are many people who follow you that have sons with autism and this will just make them feel like crap.

You see I know that these same mommas who are sad reading this sometimes feel guilt for feeling the loss of a child they dreamed of. They feel ashamed for grieving a child when they actually have that child to hold and love daily. I know because I was that momma. If I were to say, yes my son is 2 ½ and so far he is developing normally, you know, no big deal. How would that justify the loss and pain and grief that these mommas feel? For me to express how freaking amazing it is to see a child develop and learn and experience the world with wonder and to grow, justifies the loss they feel. It places great validity to the grief they feel. For years I lived with great guilt about feeling like I lost a daughter, feeling like I was grieving a daughter. But I realized that it was not my daughter I missed out on, it was mom experiences that I expected that I missed out on. I didn’t lose a daughter. I lost experiences that I expected. I learned after even more years, that really it was just experiences that were replaced.

To all the mommas out there that have a child with autism or a special need. You already know what is coming. Mother’s Day is a few days away and your Facebook and Instagram and Twitter will be filled with pictures of the cards that your friends’ children wrote for them. Sweet notes, arts and crafts, pictures drawn and colored. You may not get those cards or notes or crafts because your child can’t read or write or spell or color. You may not even hear “Happy Mother’s Day” from your own child. You may not even have heard to this day “I love you” from your grown child. Hear me out. As you read these posts and look at these pictures, don’t allow bitterness to move in. Allow yourself to feel sad and loss because yes, you are missing out on some of the expected and precious momma experiences of life. BUT be happy and joyful for your friends because their joy and wonder brings justification and validity to your pain. MORE IMPORTANTLY, I can say this because it is very real in my life right now… THERE IS GREAT HOPE. Click “Like” on all the posts and pictures and videos and put all the hearts KNOWING that THERE IS GREAT HOPE.

I wasn’t sure if Isla would ever be able to hold a conversation. Ever. For years she would say “Hi” on repeat, over and over, even in response to questions.

But yesterday, this happened:

Isla to her Abuelo: “Welo, my dad get new truck.”

Abuelo to Isla: “What? A new truck? But he has a truck already.” 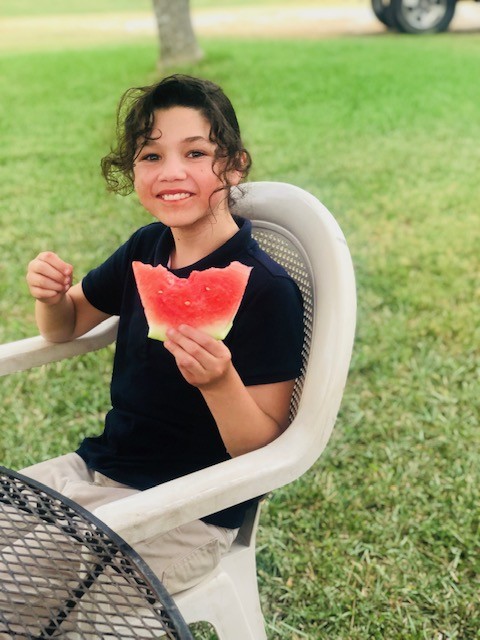 **Isla chatting with her Abuelo over some sandia (watermelon).

One evening while I tucked Isla and June into bed June asked me how “big” you have to be to drive by yourself. Isla was curled up under blankets half-asleep. So I told June that teenagers start to learn to drive when they are fifteen. My point… They are listening. All of them. All of the children that may not look you in the eye when you speak or the children that seem to not understand or the children you think will never speak because like Isla, they only said one word for years. They are listening. Keep talking. Keep explaining things that are ordinary and common. Keep describing the way things work or look. Keep talking. Keep interacting. There is hope.

And to all the mommas out there who don’t have special needs children and who avoid talking about their children in front of their friends who do have special needs children. For those of you who don’t want to brag about all the wonderful things your child is learning and saying for fear of hurting your friend’s feelings. You will hurt them more by not placing value and validity to their loss of these same experiences. So say all the things. Share with your friends and when you’re done sharing and you see that look on your friend’s face that seems equally happy for you and equally sad for herself, just hug her tight. Tell her you love her and you are sad for her that she is missing some experiences. But then smile and tell her that there is GREAT HOPE and help her. Help her. When you are around her child do the same. Talk to them regardless of where their eyes wander. Listen to them and respond. Explain things because they are listening. Keep describing the way things work or look. Keep interacting. Be hopeful for your friend. Don’t let her give up.

Because there is hope. Oh, there is GREAT hope. And… there is the thought of Isla driving which is where my daydreams and nightmares intersect. 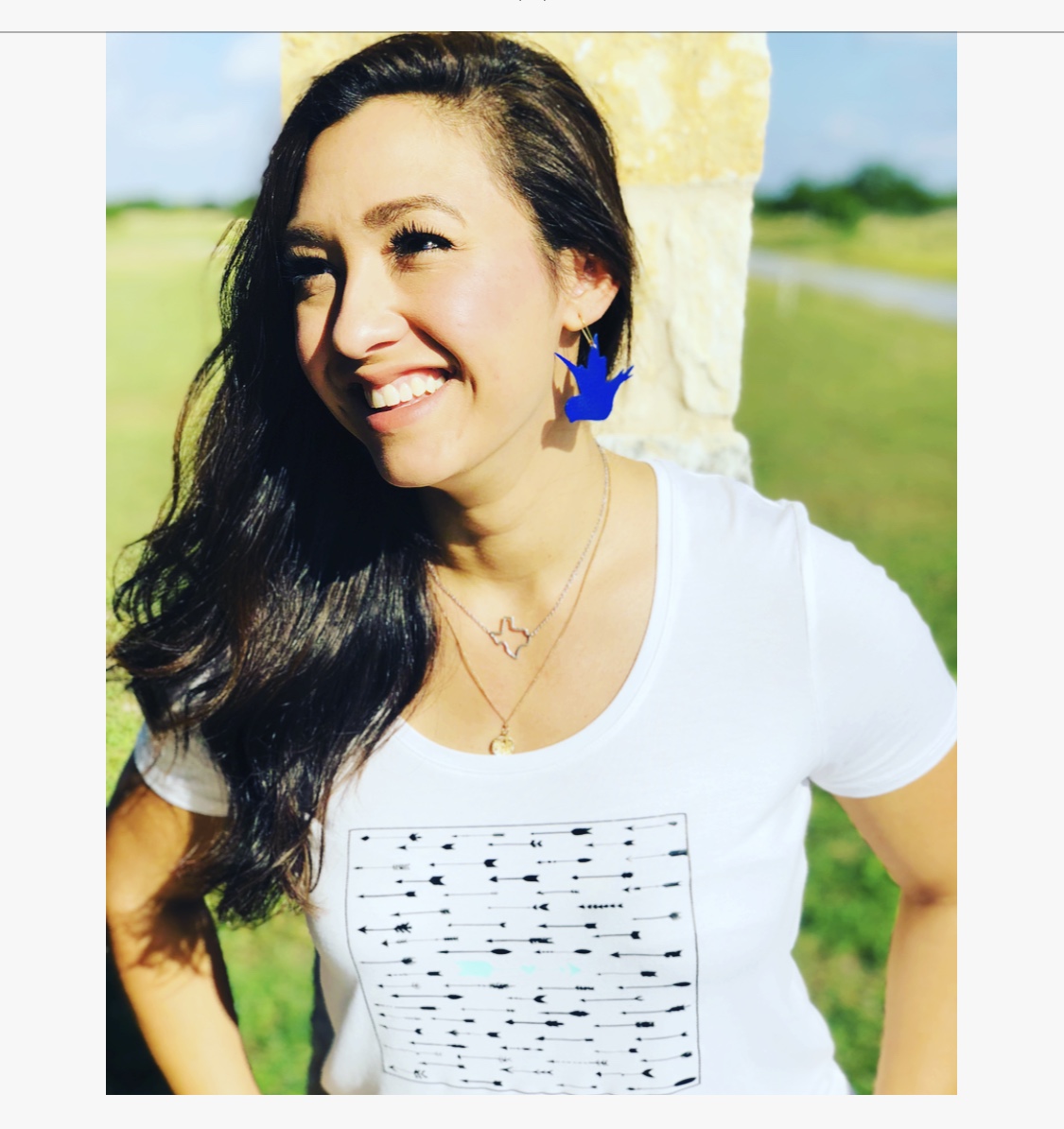 Hola! I am Dr. Lisa Peña a coach’s wife and a busy, busy full-time working mom of three. I fiercely love my family and chocolate chip cookie dough...why lie. I wear way too many hats in my life and even though sometimes I complain about that I would have it no other way. I am a rookie author but a professional mother of a child with an incredibly unique subset of autism. I am the founder of The M.o.C.h.A. Tribe (M)oms (o)f (C)hildren that (h)ave (A)utism which is a tribe of women working together to squash the idea that autism has a single story. I have big dreams of changing the whole wide world but most days I have to settle for working to change my daughter’s world and the tiny section of the world that directly surrounds my family.

M.o.C.h.A. One - Different Eyes
I'm not a supermom
You're right, fellow Target shopper, she is too big
advertisement

M.o.C.h.A. One - Different Eyes
I'm not a supermom
You're right, fellow Target shopper, she is too big