To the teachers who say 'Yes'

Published by Stephanie Hanrahan on May 24, 2021

When my son’s teacher friend requested me on Facebook, I stumbled upon a post of hers that seemed unusual.

It was a picture of her holding a chalkboard sign that read, “She said YES!”

She’s already married, so it struck me as odd...until I read the caption. 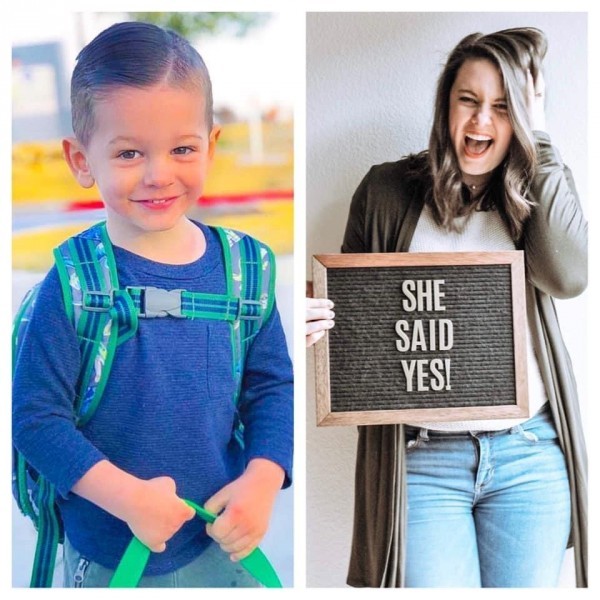 This post, by this one particular hero, was about saying yes to becoming a teacher in an autism-specific classroom. She went on to describe this job offer as her “dream,” “an answer to prayer.” I couldn’t stop crying, then and now, because it was in that moment I realized how lucky we are to have found the right place and people for my son.

I didn’t choose to have special needs children but these teachers did. Every day they willingly walk into a job that requires more work than we can possibly imagine. And they’re doing it happily. Faithfully! Honorably! They wanted this. They wanted my child. In a world that often says, “change who you are” they are saying, “come to me as is.”

So I’ve given them my son and in return they’ve given my family hope.

I don’t know many people selfless enough to love a child who isn’t their own. To seek their best interest above the easier way. But I know a handful of them now and I bow down.

Because the truth is, the only reason I can breathe and begin again as a woman is because for a few hours a day these teachers relieve me as a mother.

They say, “it takes a village,” and educators are the mighty among that. They are doing the hard, often thankless work of molding children, and they are doing it every day without complaint.

So to all the teachers out there who graciously give so others can grow...

Who see a whole child, not a missing piece...

Thank you for saying YES.

To All Teachers, Thank You for Saving This Autism Mom
Teachers Are People Too
Debunking the Belief That “Good Job” Is a Good Thing to Say to Kids
advertisement

To All Teachers, Thank You for Saving This Autism Mom
Teachers Are People Too
Debunking the Belief That “Good Job” Is a Good Thing to Say to Kids