To All Teachers, Thank You for Saving This Autism Mom

Published by Stephanie Hanrahan on May 30, 2019

I didn’t cry on the first day of school. Not really my style, I guess. My children were ready and so was I. But the last? There were tears. A lot of tears.

And that is largely thanks to the teachers.

To be fair, we’re at the beginning of our educational journey, but the experiences we’ve had this year with our angels on earth—also known as the teachers—has set the bar incredibly high.

Because here’s the deal: ABC’s and 123’s are secondary to me. What I’m looking for—what I hope my children are the recipients of—is kindness. That’s it. Every day as I send them off into this beautiful but often brutal world, I pray they are the getters and givers of kindness. And so far, our teachers have facilitated that tenfold.

So as our beloved leaders leave us for the summer—as we give them gift cards, and words of appreciation, and a must deserved rest—I want to take a minute to document the cape-less heroes we’ve had the pleasure of getting to know.

Let’s start with my daughter. 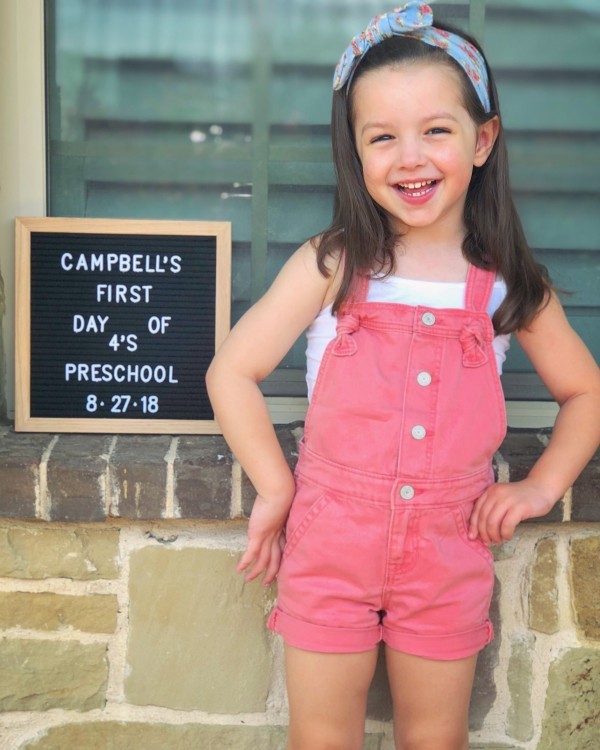 On the first day of pre-K, she ran in enthusiastically. It’s all fresh and new and fun until the exhaustion sets in. By day three, she was in shambles and I had to carry her in kicking and screaming.

I arrived at the classroom out of breath and minutes away from a breakdown myself, and that’s when her teacher dismissed the other students, got on the floor, and hugged my child into her chest. She looked me in the eye and said, “go,” and so I did. Because in that moment I saw my daughter’s body release into the safety of someone who cared for her.

A bridge of trust had been built, and since then, neither of us have looked back.

But the tears returned this week as we bid farewell because I’m not sure how you say goodbye to a superhero. Someone who has taken the time to love your child—to paste and paint self-worth into their tiny soul.

Next year we make the leap into Kindergarten, which brings anxieties of its own. Preschool was a safe bubble for myself and my child, who has differing needs. She’s four and reads on a fourth grade level, but has never had a friend. There’s a large gap between her academic giftedness and her social skills, and my fear that she’ll be left to the “big school” bullies often consumes me. 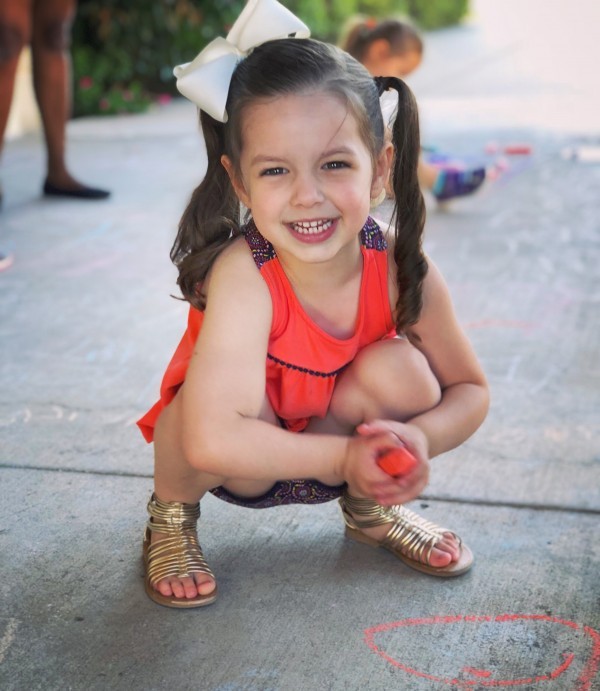 So a few weeks ago, I decided to meet with my daughter’s future principal. I wanted to explain all about this little, sensitive, oh so smart human I’m raising. I was nervous to do this, to preemptively give her information that could lead to judgment, but to no surprise my child was embraced from the minute I opened my mouth.

I sat in awe listening to the principal explain the plans that are already in place to increase the social/emotional learning for every student. My jaw dropped when she mentioned extra recesses, and brain breaks, and quiet corners in the classroom where children can remove themselves if they are overstimulated or stressed. I came with concerns, but I left with comfort. Because inside the four walls of that school were people who cared. I could feel it. These children were names to them, not numbers.

The sigh of relief they gave me will carry me through the summer months ahead as I prepare to let my daughter go. 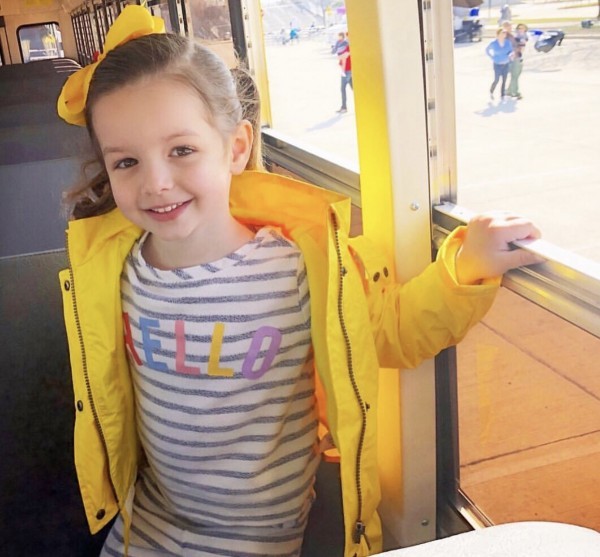 And then there’s my son, also with special needs. His teacher recently friended me on social media and naturally I took a skim/stalk through her page. I came upon a picture of her holding a chalkboard sign that read, “I said YES!” She’s already married, so it struck me as odd until I read the caption.

This post, by this one particular hero, was about saying yes to becoming a teacher in an autism specific classroom. She went on to describe this job offer as her “dream,” “an answer to prayer.” I couldn’t stop crying, then and now, because it was in that moment I realized how lucky we are to have found the right place and people for my son. 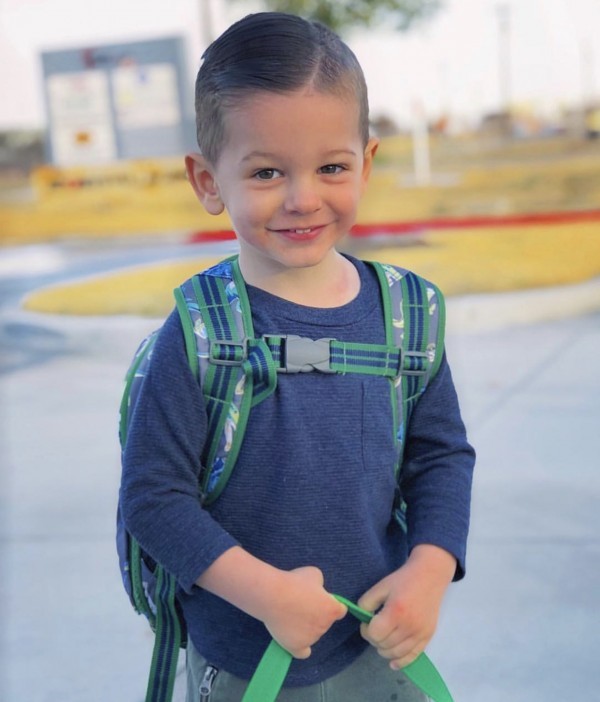 I didn’t choose to have special needs children, but these teachers did. Every day they willingly walk into a job that requires more work than we can possibly imagine. And they’re doing it happily. Faithfully! Honorably! They wanted this. They wanted my child. In a world that often says “change who you are” they are saying, “come to me as is.” So I’ve given them my son and in return they’ve given my family hope.

I don’t know many people selfless enough to love a child who isn’t their own. To seek their best interest above the easier way. But I know a handful of them now and I bow down. I can barely handle two children, but a class of twenty? All the praise.

The truth is, the only reason I can breathe and begin again as a woman is because for a few hours a day these teachers relieve me as a mother. They say “it takes a village,” and educators are among that. They are doing the hard, often thankless work of molding children, and they are doing it every day without complaint.

So to all the teachers out there who graciously give so others can grow. Who see the whole child—not just the missing piece:

Thank you for saying YES. You are doing the work of the mighty.

We’re counting down the days until August. 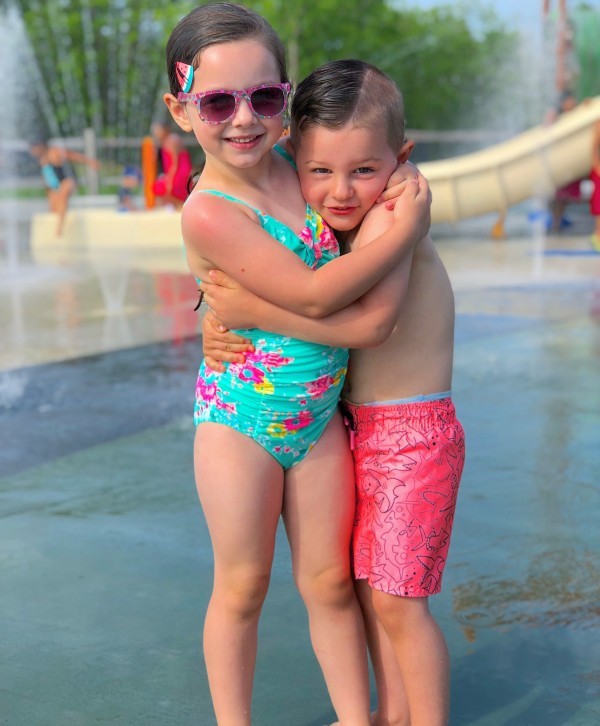 Keeping Our Children Safe in the New Norm of a Virtual World
To the teachers who say 'Yes'
School may be closed, but teachers still show up for their students
advertisement

Keeping Our Children Safe in the New Norm of a Virtual World
To the teachers who say 'Yes'
School may be closed, but teachers still show up for their students