To My Son's Future Girlfriend, Yes, Gentlemen Do Still Exist 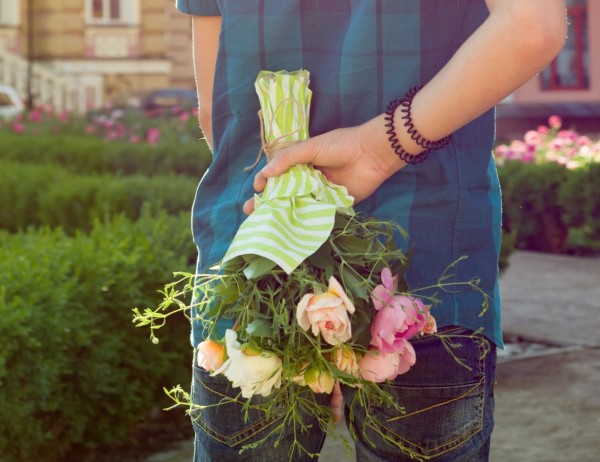 A few weeks ago my son went on his first date. It wasn’t just any date. It happened to be a formal date. I couldn’t help but think he’d be better off starting with something far more simple.

Couldn’t he get his feet wet with a quick trip to Dairy Queen for ice cream, a date at the movies where he wouldn’t be required to talk or maybe bowling where they’d both be so completely focused on not making fools of themselves that they’d forget they were even on a date?

Nope… my son had to choose the mother of all dates. Picking her up, group photos (with all the parents, of course), dinner, dancing – the works.

From the way I was acting you would have thought it was my first date. The days leading up to his date I was frantically running through every “what if” scenario in my head trying to squeeze in every possible last-minute piece of instruction and advice I could think of to make sure he was ready.

I mean, come on… it’s not like John Quiñones from the show “What Would You Do” would be lurking behind the scenes with a hidden camera just waiting to pounce on my son if he messed up on his date. Still, in my overachieving, slightly pitiful state of mind, I felt the need to cover my bases.

“She’ll be wearing a sleeveless dress, so if she gets chilly, be sure to offer her your jacket.”

“When you sit down for dinner, pull her chair out for her and, oh, don’t forget to open the car door for her.”

“Humor… girls like humor, so don’t be so stiff you forget to have fun. Just relax. Did you hear me? Just relax!”

At the risk of driving my son totally nuts and making him far more nervous than he needed to be, I was hell-bent on making sure he was going to be a total gentleman on his date.

No son of mine was going to walk through a door before his date, leave her standing there to open her own car door or ignore her at the dinner table while he played video games on his phone.

Without even realizing it, my son was in the midst of his mom’s crash course on dating, complete with dance instruction (my son was mortified), where to put his hands during pictures, (you know, so he didn’t look awkward), and how to react if he “sensed” his date wanted a goodnight kiss, (trust me, he made it clear I crossed the line on this one).

I suppose if I had taken a long enough deep breath it would have occurred to me at the time that I’d been preparing him for this day for years and that maybe, just maybe, some of what I had drilled into his head had actually sunk in.

As far back as when he was five or six years old, I can remember standing in front of a door at a restaurant refusing to walk in until he opened the door for me and taking him on countless mom and son “dates” with expectations on how I felt he should treat me. From making eye contact and actually holding a conversation to allowing me to order first and tipping the waiter – I was grooming him all along.

When he got into his ‘tween and teens years there were even more lessons (often disguised as casual outings) along with endless conversations about girls, dating, sex, consent and everything in between.

I know my guidance will likely pale in comparison to the hands-on dating experience that lies ahead of him. But, I’m hoping that some of the lessons I’ve instilled in him will stick with him and that he’ll always remember my words of advice.

“Always treat ladies with respect. Not simply because they are ladies, but because you are a gentleman.”

So, to my son’s future girlfriend… let this be a reminder. Yes, gentlemen do still exist.

I’ve tried my best to teach my boy to treat your heart with care. Now it’s up to you. In a world where women are being taught to expect less from men, I encourage you to expect more from my son.

Set high expectations, demand respect and never settle for less. Sure, there may be times he makes mistakes and times he’s just plain wrong. Chances are it won’t be from lack of trying, but rather from a lack of knowing. Help him know. Help him understand. Above all, give him a reason to put you on a pedestal, because that, my dear, is exactly where I’ve taught him to place you.

You Lead and They'll Follow
No, Son. Stoners don’t love you. Their behavior is NOT a reflection of you.
Some days I dump emotional baggage on others, and some days I can handle receiving it
advertisement

You Lead and They'll Follow
No, Son. Stoners don’t love you. Their behavior is NOT a reflection of you.
Some days I dump emotional baggage on others, and some days I can handle receiving it