No, Son. Stoners don’t love you. Their behavior is NOT a reflection of you.

Published by Eleanor Howard Writer on May 21, 2019

You know they're still kids learning to be adults. They are teenagers. TEENAGERS. Not quite adults. No longer children but they haven't climbed their way out of immaturity and they really won't for a few years. We can't expect them to make the best decisions based on their life experiences so far.

I'm not sure if you're aware, but we have a situation on our hands that needs addressing. But before we go off willy-nilly and lose our minds with them, we must take the time to remember our own personal teenage experiences and then toss in a bit of our raw, gut instinct from adulthood. You guys - it's critical that *how* our kids see themselves, reflect what they value and NOT what's impressed upon them.

Days ago, my son turned 17. Without making you read too much of a humble brag – here’s a quick summary. He handsome, smart, and compassionate. He’s also single. There are several factors influencing his singledom. He’s shy, so making the first bold moves of engagement have been something he’s had to overcome. Unfortunately, the times that he did attempt bravery he was shut down. (Shrug.) It’s part of it. We tell him to get back out there. If he wants to date, he must try again. There’s nothing wrong with being single and truly knowing who you are when you’re alone, but if you’ve made the decision to seek companionship, then you must walk onto the field, enter the arena, or say hello. Or text. Or Snapchat. Whatev’.

But here’s where we’re having an issue. There have been three girls, possibly four who have Snapchatted or Direct Messaged my son while they were high or behaved as if they were. One of them was a stranger, finding him on social media because of hashtag. Another doesn't go to his school or live in nearby communities. I am totally serious. The word "totally" sounds '80s doesn’t it? Well, I wrote that on purpose because I was a teenager in the 80s (late 80s) and I want you to remember when you were a teenager and had a crush on a boy, or a girl. What courage did it take for you to reach out and let the guy/girl know you were interested? How did you flirt?

Today, teenagers are reducing their fear of rejection with drugs. Inhibitions be gone.

Back in the late 80’s, I remember telling my best friend about this guy, (oh my God, his dark hair and green eyes) that I thought he was about as perfect as the stripes on his rugby shirt. For weeks, she listened to me talk about him but doing zero about letting him know I existed. She decided she’d handle the situation in her own way. She shoved me into him as he was walking to class. My friend was the courage pinch hitter to push (or shove) me out of my comfort zone and say hello. I don’t recommend this method, but we did end up dating. Thanks, girl.

Maybe you passed notes in class or told a friend to tell another friend that you thought he or she was cute. Maybe you felt brave enough at a party to say that you liked whatever song was playing just to have something to say to your crush. Maybe you took a sip of illicit beer, while underage to give you confidence to approach someone. Maybe you got high. I don’t know and I’m not judging. I’m just starting a conversation because we need to remember who we WERE to better understand who our teens ARE. Sometimes we can’t look at this through our adulthood lens. We need to remember how it felt to be scared, insecure and rejected. Teenage rejection feels different than it does after many adult life experiences, but I bet it influenced who you became.

Kids are exploring their feelings and boosting their confidence with dried green stuff and hard lemonade. But this isn’t the point of my post.

What I want to share with you is HOW I REACTED when my son thought the girls’ approach was a direct reflection of him. He said, “Mom,” in an almost defeated tone, “what can I say? Stoners love me.”

No, son. Stoners don’t love you.

That’s not who those girls are, and their behavior is NOT a reflection of you. First. I believe it’s important not to knee jerk to a girl (or guy) who may behave like they are stoned in case they’re rejected so they’ll have an excuse. In my day (again late 80s, early 90’s even) we might have had liquid courage or shoving friend courage instead of herbal courage but it’s still a tool to boost confidence. Teenagers talk an awful lot about what they do with contraband, (true or untrue) because they want to feel worldly, experienced and accepted. One bad decision on Snapchat or Instagram DM doesn’t mean that girl (or guy) should be defined by it. Think about the things that you did as a kid that you’re glad the technology wasn’t there to record it. Thank you, Jesus.

Second. This gave my son an opportunity for perspective on what he’s looking for in a girlfriend or someone he might want to consider dating. The girls who “come on strong” and lean into heavy flirtation or appear high (whether they are) is off-putting for him. I explained that this was a perfect time for him to look on the periphery and pay attention to the girls who are also shy, may not want to use liquid or herbal courage or have one of their friends shove them into him next to the lockers.

I explained that this is the time to look for the girls who try and catch his eye. The ones who smile when they pass him in the hall or show up in nearby circles. The ones who comment or click the heart button on his Instagram posts. Who are they? Have you thought about asking them out? Be a gentleman but ask confidently without the use of controlled substances. Please and thank you.

Here’s my takeaway. Our kids shouldn’t be defined by one bad decision because we’ve all made them and hopefully learned from them. But more importantly, our teenagers shouldn’t base their value on someone else’s response to them. They must learn that who THEY are is what THEY value - not the values of others being pressed upon them. 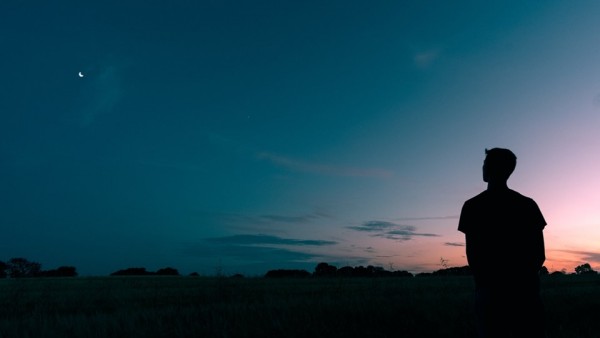 Uncovering Your Teenage Son’s Integrity & Revealing it to Him so He Can See it in Himself
Not just Mean Girls- There are Mean Boys, Too.
Giving Teens the Chance to Uncover their Work Integrity Even on the Worst Days
advertisement

Uncovering Your Teenage Son’s Integrity & Revealing it to Him so He Can See it in Himself
Not just Mean Girls- There are Mean Boys, Too.
Giving Teens the Chance to Uncover their Work Integrity Even on the Worst Days