This is why I chose formula for my third baby

Published by Danielle Sherman-Lazar on May 7, 2019

It’s hard to argue with that. Breastfed babies have fewer health problems. I have even read studies that breastmilk can reduce SIDS. With information like this out there it’s hard not to want to breastfeed our babies.

With my first baby, I pumped for the first six months.

With my second baby, I pumped for fourteen months. 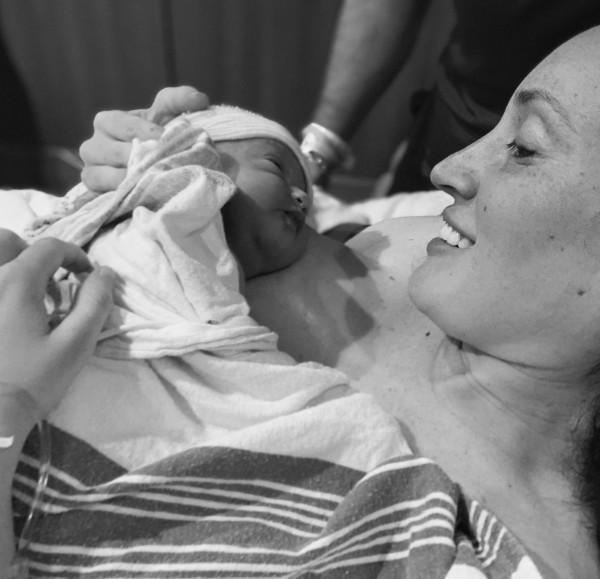 My babies never had great latches, so my next best option for liquid gold was pumping. My first two babies were eighteen months apart, and they became used to mommy pumping. In fact, mommy was lucky enough to find out her boobs doubled as utters, and she had so much milk (two-cases-of-mastitis A LOT!) that she was able to give some to her eldest who still drank milk in the mornings, and donated some supply on top of that. It was a big part of our daily routine. They didn’t know differently, plus they were both so young themselves that it was easy to keep them close and out of trouble as mommy dueled as the family cow.

Then I became pregnant with my third and decided I needed some time in-between pumping, to give “my other girls” (the boobs) a break. At ten-weeks pregnant, I stopped pumping. Well, in those 30 weeks, a lot has happened, as it tends to with littles. My littlest (now twenty-months) started walking and is everywhere exploring, wanting things high up, and beginning to speak, while my oldest (currently a little over three) has become incredibly independent, potty trained, and stopped napping altogether. She has become a little person.

When the newest addition to our family was born, I had every intention of pumping again. I mean, I did it the first two times around, why wouldn’t I this time? I even bought myself a brand spanking new pump as a push present (boy times are changing...). Then I was away from my girls at the hospital and missed them terribly. It may have been the hormones, but I found myself in tears over it (part mom guilt for being away/ part I wasn’t feeling whole without them. I know I have problems). I never leave my babies, and being away from them was hard on all of us. It was apparent in their behavior that they too were feeling the absence.

The first full night at the hospital, after my sweet little girl was born, I was lying in bed after a feeding, and found it hard to go back to sleep. I had pumped/breastfed all day, but there was something that was unsettling me.

If I pumped with my third, it would be taking so much time away from my girls at home. They need me right now. They are babies themselves. As much as the benefits of breast milk are so enticing, and I have experienced those benefits first hand with my first two girls—I wasn’t sure if it was the best decision for my family of five right now.

Now that I am home, this is confirmed. My three-year-old is having a hard time adjusting. She cried today at school drop off screaming “mommy I want you,” and my heart shattered. I need my spare time to be spent with my babies and helping them adjust—and not with a pump. My time with them is even more important than liquid gold.

Breast is best for my newborn, but formula is the best option for our family. I had to go with what was best for my family this time around.

Also, choosing formula doesn’t mean she is going to be any more messed up than my other two (I say “messed up” because we are all imperfectly perfect). Actually, it would be funny if she’s my easiest, healthiest, child.

So as hard of a decision as it was, as much as I'd prefer my third to join the ranks of the liquid gold club, I’d make the same decision again and again—because when it comes down to it, I will choose what's best for my family as a unit—-always.

Bottom line: what works best for you and your family right now in this phase (breastmilk or formula) is best.

I hated breastfeeding: There, I said it
How I Forgave Myself When My Baby Couldn't Be Exclusively Breastfed
Sharing What You Have
advertisement

I hated breastfeeding: There, I said it
How I Forgave Myself When My Baby Couldn't Be Exclusively Breastfed
Sharing What You Have