Sharing What You Have 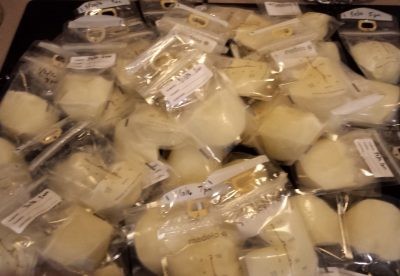 This photo makes me so happy! It is just a small portion of the breastmilk I pumped and froze in early 2016. But it wasn't for my child.

After my surrogacy, I pumped milk for the sweet, little guy while he was in the hospital. We knew he would be born early and had discussed a plan a few months prior. I happily agreed to pump as long as the bio parents wanted me to, and they had just asked if I would do it until he was able to go home. They lived five hours away, so they didn't want it to be a bother to me, even though I would have gladly done it for as long as they wanted me to.

Miraculously, he was released from the hospital after only five days in the NICU! But, by then my "good milk" had come in and I didn't want to waste it. I foresaw that happening and had planned to donate the breastmilk I would pump over the next few weeks or months.

Then, while chatting with my little sister, I realized she needed my milk for her 6-month-old son. She was breastfeeding and pumping for him, and her body was having a hard time keeping up with the demand. She had found a donor to help her, but we didn’t know how much longer the donor would be available. And I had this gift of liquid gold to share. How amazing to be able to help feed your nephew!

We arranged for my parents to take a cooler of breastmilk with them when they drove or flew up to visit my sister, and we shipped it up to her a few times too.

While some may have thought it was strange, we viewed it as simply sharing what I had with someone who could use it.

I don’t have millions of dollars to give to charity.

I don’t have the resources to build schools or hospitals for areas in need.

I don’t have the power to stop war.

But, I am learning that sharing what you can, what you have, can make a difference to someone.

It can be your time, your skills, your unneeded clothing … or even some Mommy’s milk. :)

Love (and give) more,

This is why I chose formula for my third baby
HELLP SURVIVORS!
The Controversy of Breast Milk Sharing
advertisement

This is why I chose formula for my third baby
HELLP SURVIVORS!
The Controversy of Breast Milk Sharing