This Is Us Season 1 Finale

***This article contains spoilers for the This Is Us Season 1 Finale.***

“This Is Us” is NBC’s breakout show of the season, if not the decade. The family focused ‘dramody’ appeals to viewers on many levels: relationships, parenting, marriage, sibling dynamics, body image and death - to name a few. Basically, it’s life. Real life. Some reviews have speculated that the plot twists and cliffhangers are what have kept viewers watching for the last four months. Yet there’s something to be said about the way the writers seamlessly shift from different decades, characters and topics (all without ever having to subtitle the year). The perspective they offer is broad, which is something we simply can’t see when living our lives day-to-day. We have hindsight, but “This Is Us” reminds us that even through the cloudiness of tragedies, a ray of light can, and often does, shine through.

Receiving an invitation to attend the season finale screening and Q & A with the cast and writers is an exciting opportunity, which clearly was enthusiastically accepted. Emails in all caps with YES a few (hundred) times may have been written. The event was held at the Directors Guild of America on Tuesday March 14, and the energy was buzzing. Attendants at the doorway were passing out tissue packets, and most people’s responses were anxious. “Does this mean Jack dies?” “Oh no!” was overheard in the crowd.

Staying true to their style, the writers of “This Is Us” played with our heartstrings in the Season 1 finale. The build up of how Jack (Milo Ventimiglia) and Rebecca (Mandy Moore) met – or rather didn’t meet by way of blind date is a testament to how well they know their viewers; how well they know how life works: expectedly unexpected. The true talent of the entire cast, writers and crew came to light during the tear jerking fight scene between Jack and Rebecca. Most married couples with children can relate to that scene. “I’m a ghost!” Rebecca shouts, and the silence in the 600-seat theater was thick. Watch what fellow Today Parenting Team member Jill Simonian and I thought about it:

What’s most impressive about the team is that many of the writers and cast aren’t married/don’t have children. For those who say that writers write what they know, take heed. To understand the people around you, all it takes is the time to listen. Isaac Aptaker and Elizabeth Berger, just named co-show runners for next season, relayed stories of meeting with different people over the course of the season for inspiration. For example, they sat down with an African-American woman who was adopted by a caucasian family to figure out the complexities of their character, Randall. Jack’s hail mary, what we’re left with before the lonely tear Rebecca sheds and a dark screen, pays testament to the unparalleled ability of everyone on the show. Tapping into such multilayered emotion isn’t easy for most, let alone those that may find themselves in similar arguments…and those that never have.

Season 1 didn’t give us the huge cliffhanger that may have been expected, but they left us with hope. Hope for redemption, for love, and for that broad perspective that time – and a countdown to death – can only bring.

This Is Us has been renewed for Season 2 and 3. NBC has yet to announce the air date.

Thank you to The Today Show Parenting Team for another amazing opportunity. TO SEE THE ORIGINAL ARTICLE, CLICK HERE. YOU CAN ALSO Check out fellow team member The Fab Mom's take on the night by clicking here 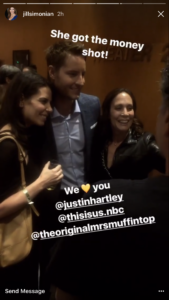 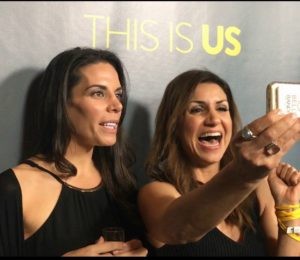 MrsMuffinTop and The Fab Mom 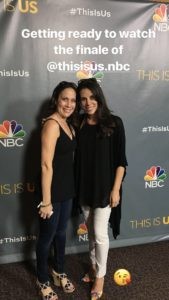 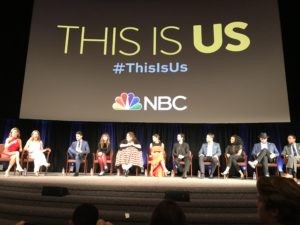 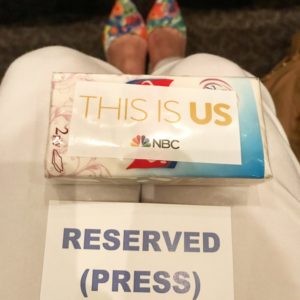 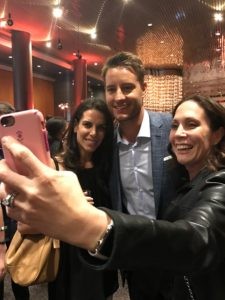 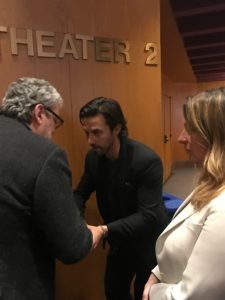 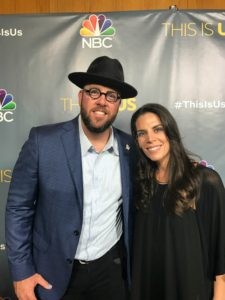 Parenting Life Lessons from Mandy Moore, Milo Ventimiglia & the Cast of 'This Is Us'
"This Is Us" Gives Words to My Feelings as an Adoptive Mom
Tuesdays Without 'This Is Us'
advertisement

Parenting Life Lessons from Mandy Moore, Milo Ventimiglia & the Cast of 'This Is Us'
"This Is Us" Gives Words to My Feelings as an Adoptive Mom
Tuesdays Without 'This Is Us'