Tuesdays Without 'This Is Us' 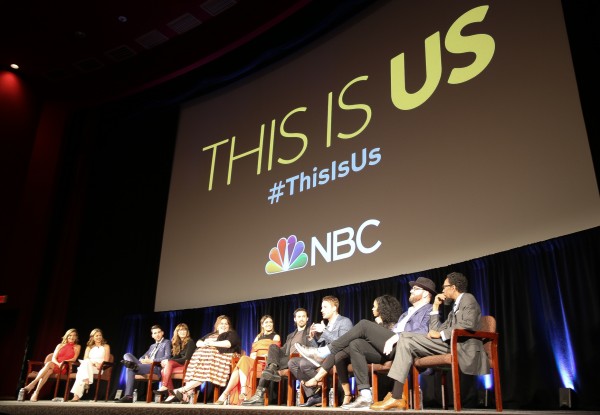 I think I can speak for all Americans who tune in every Tuesday night when I say my heart has officially been captured by "This Is Us." It's a beautifully written drama that pretty much sums up life as a parent, intertwining the ebbs and flows of family triumphs and parenting fails. The storyline speaks the truth for many families, parting the clouds for viewers across the nation. For most, there isn't a dry eye in sight when 10 pm strikes the clock.

When "This Is Us" first aired this past September, I was invited by The TODAY Parenting Team to be a guest at the premiere. I was familiar with most of the cast members, but hadn't had a clue as to the scope of the show. That being said, I am a longtime fan of NBC's programming and was tickled pink they thought of me for the premier of a new family series. I simply couldn't wait to see what they had in store for us - at the premier, but more so, for the first season of what would soon captivate America, pulling at the heartstrings of anyone and everyone who watched.

The premier was an intimate setting in Hollywood at The Parlor on Melrose, and all the actors were present and personable, talking to every guest. While meeting the cast and engaging in conversation with them, I quickly discovered that they're just like you and me; relishing in their moment, but graciously sharing the spotlight with everyone there to celebrate. Just like their characters on the show, they were real, approachable, and relatably human. I could hardly wait to see them in character. 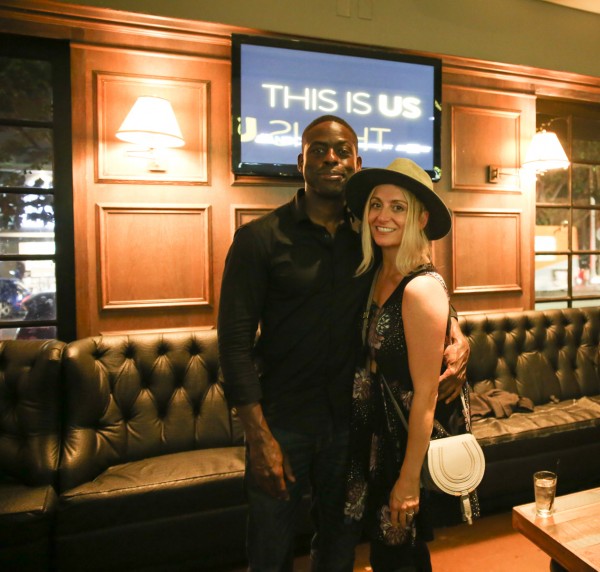 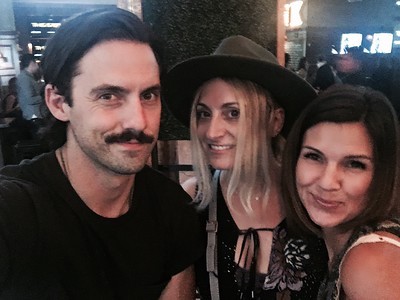 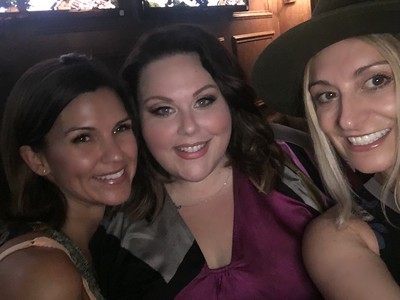 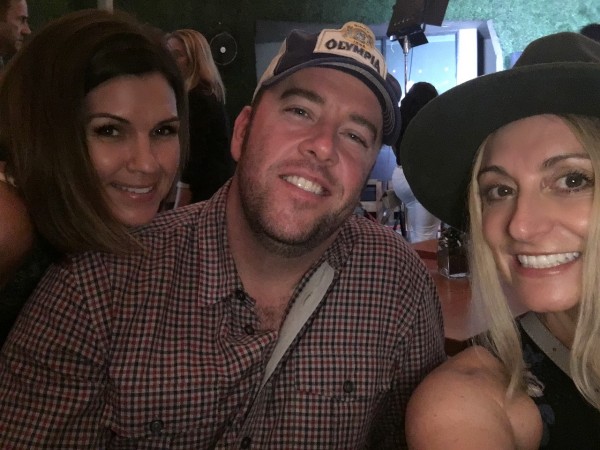 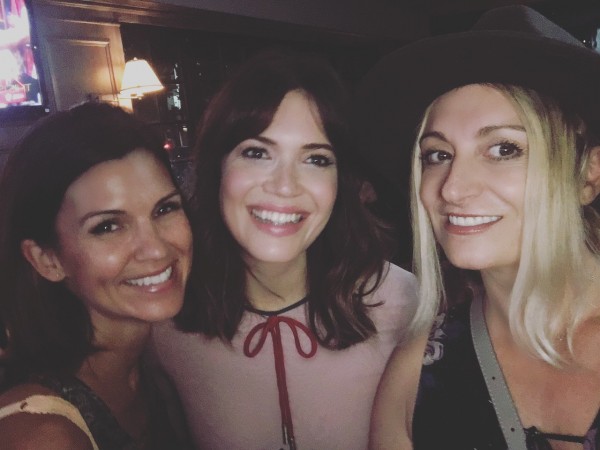 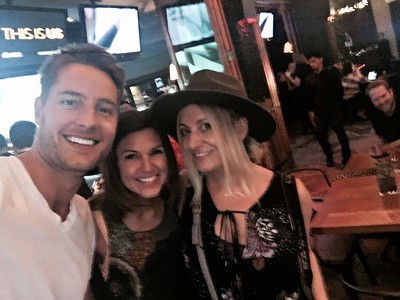 Watching the first episode not only struck a chord with me, it hit a nerve. Watching at the edge of my seat, "This is Us" swooned and surprised, leaving me yearning for more. But when Rebecca's character lost a triplet, it rocked me more than I had expected, taking me right back to my third pregnancy.

I remember it like it was yesterday. We were in the doctor's office for a checkup when we were told that Roman's twin had passed. A feeling of emptiness only mothers of twins could imagine. That episode evoked so much emotion in me that immediately afterward, I went home, did some serious soul stretching, and took it to paper. Writing about a loss such as this can be raw and all too real sometimes, but equally therapeutic. Bringing stories like these to the surface has allowed me to connect with others who have had similar paths, and I couldn't be more grateful.

Last week, I was afforded another opportunity to to meet and greet with the dynamic team of NBC's "This Is Us." After 19 episodes thoughtfully crafted to make us laugh, cry and experience every emotion in between, the show's popularity has spread like wildfire among households everywhere. Instead of the intimate, one hundred guest setting of the season premier, this time we were celebrating the finale at the Directors Guild of America with thousands of inspired fans. Although I wasn't able to have a beer with Chris Sullivan this time, I did get to meet and greet with the actors once again. And shockingly, nothing had changed. This is a cast so humbled by their own story, their success and their fans. Sharing their moment with sincerity and grace, they gave hugs, signed autographs, took photos and snaps. 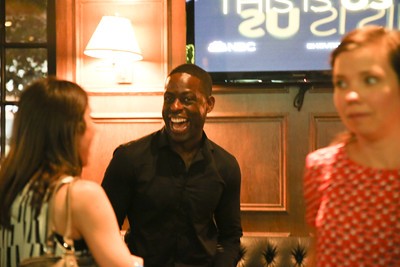 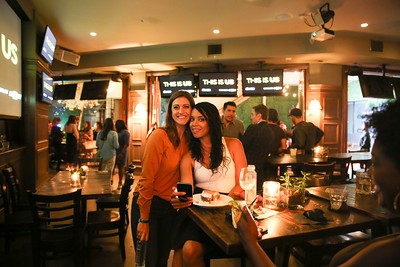 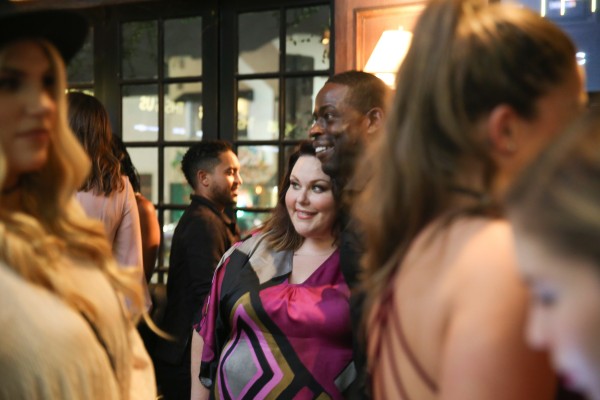 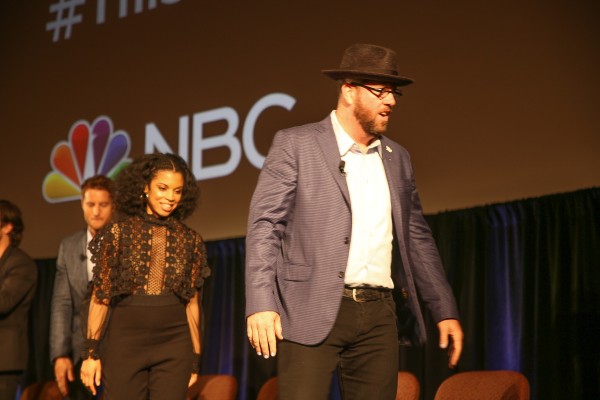 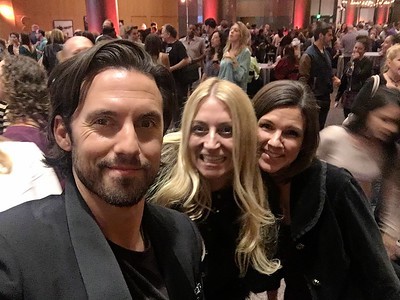 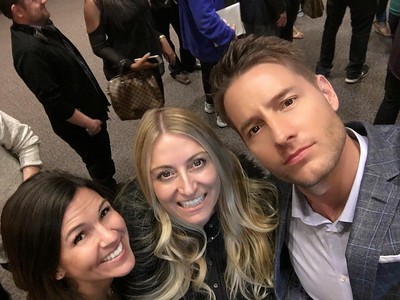 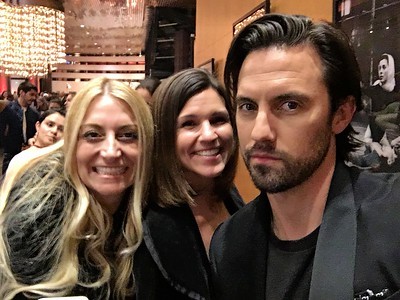 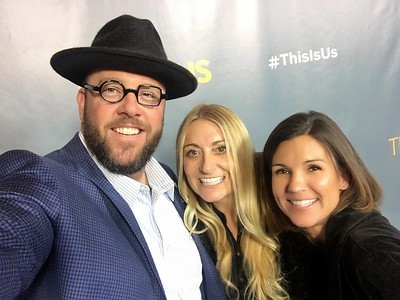 RELATED: Milo Ventimiglia: 'This Is Us' is like 'training wheels for parenthood'

In addition to taking 15 selfies with Milo and my interview with Justin, my favorite part of the evening was my conversation with one of the writers, Elizabeth Berger (who has likely doubled Kleenex's stock price every week since the show's inception). With so many fans waiting for their moment to get inside the minds of these talented storytellers, I knew it was now or never. I just went with my heart, and asked a question that could have been perceived as bold: 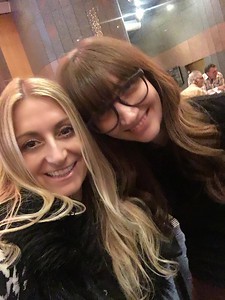 Q: Has being part of this show changed your view of love?

A: She said, "WOW! It's so funny you ask me that, because I am getting married next year and being engulfed in creating the story does have me in a pool of tears each night. It's hard not to cry."

She went on to tell me that she loved everything about the show, and it does have her thinking more, slowing down to take it all in.

Moving Forward on Tuesdays without "This Is Us"

Milo told us numerous times throughout the night not to focus on how Jack dies, but to focus on how he lived. I loved his disposition, forcing us to rethink asking that one question we all still have. Being entertained is one thing, but taking a message as strong as this, and integrating it into your everyday outlook can be powerful. Watching "This is Us" has certainly made me think, feel and empathize more. I wonder sometimes how peaceful our world would be if we all took advantage of our own ability to be present, enjoying, helping and loving more in the moment, and ignoring the urge to project what lies ahead. Thanks, Jack, for the tip. We can all benefit by shifting our perception from time to time. Until next season... enjoy today, and every day. 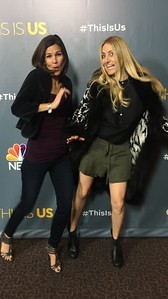 Parenting Life Lessons from Mandy Moore, Milo Ventimiglia & the Cast of 'This Is Us'
This Is Us Season 1 Finale
Engaging His Limitless Potential - "This is Us"
advertisement

Parenting Life Lessons from Mandy Moore, Milo Ventimiglia & the Cast of 'This Is Us'
This Is Us Season 1 Finale
Engaging His Limitless Potential - "This is Us"