Things You Should Never Do In Front Of Your Kids

Published by Sarah Reyes on September 1, 2018 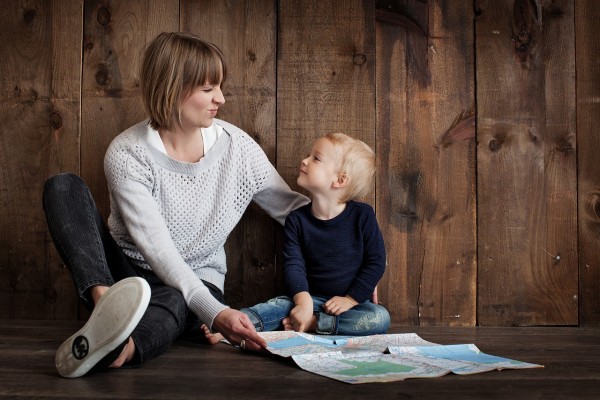 Our kids are the most important part of our lives and there are some certain thins we should never practice in front of them, children often think their parent is there best teacher and they often want imitate whatever they do, for any instance a kid who is just learning how to speak will practically say everything they hear people around them saying believing that they are also leaning to speak like you.

Children are there parents mirror, whatever you install in them will be reflected on them. There are some certain things you should never do in front of your children or other peoples children, learn to control your action in front of kids, cause once they pick one or two bad habits from you, it will be very hard to correct, as the kids will believe you are also doing them.

Also Read: 17 Mind-empowering Things To Do On The Internet

BE MINDFUL OF YOUR WORDS: When you are in front of your kinds endeavor to never speak out of tone, like shouting, speaking foul languages and saying curse words. Children often pick their parent words especially kids that are just learning to speak. In case where you need to shout or fight, try as much as possible not to hold it in until the kids are not around. Speaking foul languages in front of kids is automatically wrong, as the children might go out and start saying things like that in the midst of their friends which is totally wrong. Be very positive while you are in front of your kids.

DON’T SPEAK ILL OF OTHER PEOPLE IN FRONT OF YOUR KIDS: Saying bad things about other people in front of your children is very wrong, kids often pick bad behaviour from parents. In a case where by you have to discuss something negative about another person, endeavor that your kids are not around, they might pick up the bad habit and start practicing it when you are not there.

When a child picks up a wrong idea about speaking of other people it will be very hard to correct, which might become very part of there lives.

BE MINDFUL OF MOVIES AND SONG YOU WATCH IN FRONT OF THEM: Be very careful of the type of movie you watch and type of song you listen to in there present. Children often pick bad things they see and might want to practice it while you are not there, try as much as possible to mind the type of movies you watch and music you listen to in front of your children as it might have a negative impact on them.

Children often take what they see and hear to their heart. They are fast learner and they can easily pick wrong things if you are not careful as a parent.

AVOILD LYING IN FRONT OF YOUR KID: Never tell a lie in front of your kids, children often sense things you don’t have idea they will ever do, their brain catch up with things easily.

Once you start lying to other people in front of them, they believe is the right thing to do to avoid punishment and once they do wrong and you ask them about it, they will practically lie about it just because they have seen your escape things through that process. Telling lie in front of your children is something you should never do.

DON’T BE LAZY IN FRONT OF YOUR CHILDREN: Being lazy in front of your children is bad as the kids also feel a need to become lazy some times, when you don’t do the needful and your children start noticing it, they will feel the need to be lazy too as they believe it’s a good habit since their parent also does it. In a case where by you have to be lazy due to tiredness find a more justify way to escape the work instead of appearing lazy to them. You are your children best behaviour teacher, remember whatever you do they are watching you and they often pick ideas from it.

DON’T NAG ABOUT THINGS IN FRONT OF YOUR CHILDREN: Nagging in front of kids is very bad, once children notice their mother or father is always complaining about things, they will also see reason why they also need to complain about things too. Try as much as possible to complain less in front of your children, don’t keep complaining and expect them to be satisfied with what you give them.

They will also see reason to tell you and other people they are not satisfied about a particular thing since they have seen their parents doing it often. Try as much as possible to reduce your complaining method in front of your kids.

DON’T EVER FEEL WEAK IN THE PRESENT OF YOUR KIDS: Showing your weak point in front of your children is very wrong cause they also learn to feel weak through that process, try as much as possible to hold your fears in front of your children until they reach a certain age. Showing your kids, you are not strong enough to fight your battles makes them lazy to fight theirs too.

Be very courageous and hold your head up high in front of your kids. Show them that no battles are too big to overcome as far as they are alive and healthy.

DON’T SHOW LESS CONCERN ABOUT OTHER PEOPLE: A child that’s train with so much love is easily recognize in the society as they are the type that see love and care as an important thing to do, they care for people around them like they mean the world to them. Those children are the kids that are train with lots of concern and love.

Endeavour to show your kids care, don’t act less concern in front of them as these are the things they put in mind and act on as they grow older. You are your kid’s biggest strength and you should endeavour to act with so much love in front of them.

DON’T BE VIOLENCE IN FRONT OF YOUR CHILDREN: Fighting in front of kids is very wrong as they might see violence as the best things to do when they are angry too. Show much patience while dealing with others in front of your kids. Don’t train your child in a bad and violence nature. Make your house a home and not a fighting zone.

Also Read: 20 Random But Interesting Things To Do When Bored

Principle Of Good Parenting
"What's wrong with that boy?" 6 ways to talk to your kids about disabilities
Why I Bully your Kid: An Inside Look at Bullies
advertisement

Principle Of Good Parenting
"What's wrong with that boy?" 6 ways to talk to your kids about disabilities
Why I Bully your Kid: An Inside Look at Bullies