They say angels exist, but only in heaven. They're wrong.

Published by jthreeNMe on August 9, 2019 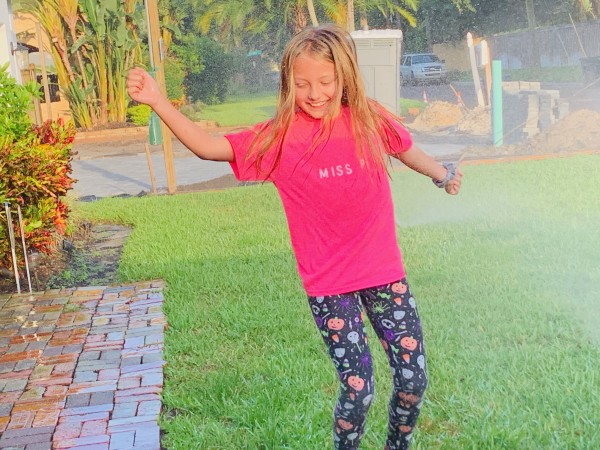 They say angels exist, but only in heaven.

They say that you can't see them, but you can feel them.

I say that angels not only exist, but they can be seen, and they live here on Earth.

They are all around us in the shape of children.

I'm sure most will scoff at this contention and argue that kids are more like "little devils" than angelic beings and though I have a toddler whose occasional and nonsensical tantrums have driven me to frustratingly exclaim the same, I can always recognize her wings.

The wings that keep her faith (and mine) going.

The wings that lift her (and me) when she is down.

The wings that create the wind that moves others (like me).

The wings that never fail her, and by proxy, never allow for me to break down completely.

The thing is, though, you won't see angels if you don't believe in them.

And, before you can believe in them, you must believe in children and their innate ability, strength, and power.

But, even then, to see them clearly, you must be one who values the innocence they exemplify, the trust they willingly assign to the adults in their lives and the grace they unconditionally provide those whom they love.

They say angels exist only in heaven.

But, they are wrong.

I've got three of God's pint-sized helpers residing with me and refueling me with love, a plethora of lessons, and life's abundance day in and day out.

Who else can say they live amongst angels?

If you're a parent, raise that hand.

If you're a grandparent, raise that hand.

If your an auntie or an uncle, raise that hand.

If you're a teacher, raise that hand.

If you're a human roaming the same Earth as me, surrounded by mini-humans that smile and babble, sing baby shark on cue, know when to do an appropriately-timed floss or dab, exude empathy and compassion at the exact right moment, or laugh uncontrollably, then raise that hand.

You no longer have to wonder what it feels like to be surrounded by angels.

You no longer have to wonder what heaven is like.

With children around -- young ones and older ones -- it's heaven here on Earth, and if you just open your eyes and see with your heart, there are angels everywhere.

A letter to my mama, from your baby in heaven
I will know him by the shape of his soul
When a teacher becomes a teaser
advertisement

A letter to my mama, from your baby in heaven
I will know him by the shape of his soul
When a teacher becomes a teaser