When a teacher becomes a teaser

Published by Sangeetha Narayan on September 12, 2019 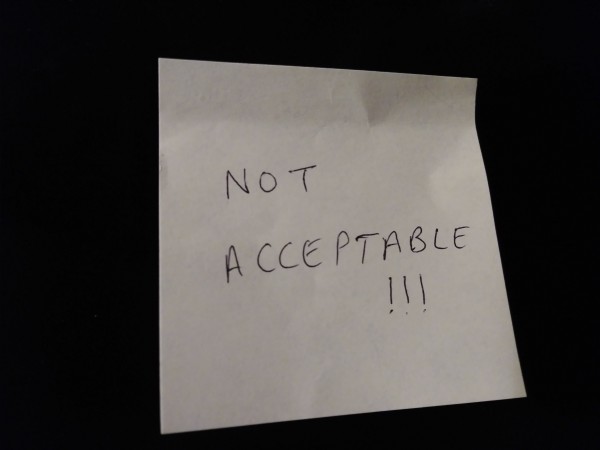 It happens to everyone ... almost everyone, I should say. There are two categories of people ...those who get bullied and those who bully. And when we try to form an image of that bully, we usually see this mean looking boy or girl. When I form an image, I see a teacher.

It is hard to imagine that picture, but it is true. Yes, I was bullied by a teacher. What was her name, you ask? Doesn't matter. What did I do? Doesn't matter. All that matters to me is that to this day I can not get the image of that teacher from my head.

I was plump. There, I said it. I can only say it now. But back then, when I was in my pre-teens, that word was something that I very carefully avoided. That's not what I just avoided. I avoided looking at myself in the mirror. I avoided making friends and I avoided the front seat of the classroom.

Its not a big surprise that I avoided it. What can a girl do when all her friends called her fatso? Other than complain to a teacher ... the grown up who is supposed to be on her side. And what's a girl to do when the very same adult turns around and laughs as she comments, "Yeah, Fatso. Nice name."

What I did was look at her in quiet disbelief. It was hard enough to deal with peers calling you a name, it seemed impossible that a teacher would join the fun too. So, I did what any self-conscious, plump, pre-teen would do. I quietly took the abuse and let them all have fun at my expense. I returned home that evening, quieter than usual, wondering what on earth I was supposed to feel.

But, I forgot that I had another grown up to deal with, someone who could just take one look at me and figure out instantly that there was something going on in my mind. Someone who would move heaven and earth to find out how her quiet little daughter could turn even more silent. Someone who caught me right before I escaped into my room.

I don't remember what I told my mom. But, I will always remember how I felt that day. I felt betrayed. I felt angry. I felt sick to my stomach. And then I saw it reflected in her eyes ... all of my pain, all of my anger, and all of my disgust. Not a word passed between us. But I knew that somebody was in big trouble.

And then it happened, as she came charging into the principal's room, next morning. I stood outside, face red, wishing I could disappear. I avoided everyone's curious eyes. I saw the teacher go in and I heard some raised voices.

"She's a child!" My mom said. And then someone mumbled something. "You're her teacher!!" Some more of the mumbling continued. "This is unacceptable!!"

I didn't have to hear anymore. She became my voice. It was unacceptable! That line stayed with me all through the years. It stays with me today,as I raise my own children.

Sangeetha Narayan is a freelance writer and a book reviewer, residing in Ellicott City, MD. She writes for a parenting website, raising world children and reviews books at onlinebookclub.org.

The Kindergarten Bully Who Wasn't
Our kids are the best defense we have against bullying in schools
What I learned from my bullies: 'Even if you don't like someone...be kind'
advertisement

The Kindergarten Bully Who Wasn't
Our kids are the best defense we have against bullying in schools
What I learned from my bullies: 'Even if you don't like someone...be kind'