Published by CynthiaMadison on November 22, 2017 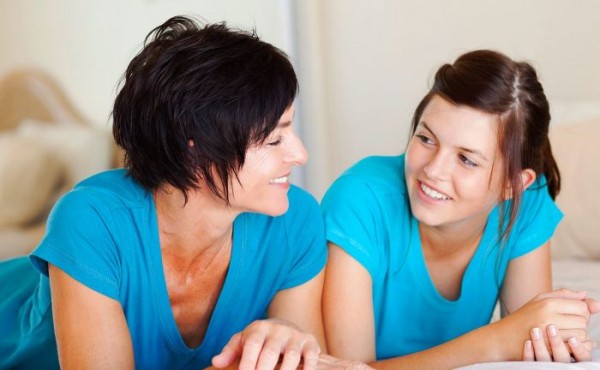 There’s no denying that parenting is tough from start to finish, but teenage years are without a doubt the peak of emotional challenges. On average, 8 out of 10 mothers report a noticeable change in their daughter’s behavior and although it’s not a rule for all young girls to turn into uncontrollable, rebellious, angsty teens, most moms say that they find it hard to maintain a close bond with their daughters in this period. However, it’s not impossible. We talked to these seven moms who have found the perfect strategies of befriending their teenage daughters and gathered the perfect tips that can get the two of you a bit closer.

Don’t even attempt to do the dinner talk

The older your daughter gets, the less time she’ll want to spend with you and the more she’ll go out with her friends or simply stay on her phone. Naturally, you’ll want to talk to her whenever you spend more than 10 minutes in the same room, usually at dinner. But it’s best if you don’t force her to talk like this. I learned the hard way that there’s no way I’m getting a nice open conversation at dinner, says Becca, 38, from Arizona. At best, she’ll say she’s fine when I ask what’s up and avoids serious topics. But then I taught about all the awkward family dinners I’ve had to sit in and realized the dinner talk is a great way to ruin someone’s day. So instead of attempting to bond with her at dinner my husband and I stick to casual chitchatting. But I discovered that I can talk to her while we’re cleaning, doing chores or when I drive her to school in the morning.

With teenagers, there’s usually a huge difference between the way they interact with you in person and through texting or messenger. Jenna, 41, takes advantage of this new channel of communication whenever she can: My 15 year-old daughter never talks to me about her friends or crushes when we’re face to face, but we text a lot – you know, the usual what’s for dinner and do you want me to get you something on the way back, funny cat videos etc – and one day she asks for me for advice on how to make up with her best friend. It totally melted my heart and felt so proud! Texting over calling can help you communicate with your daughter in a way that she feels comfortable with, but be careful not to overdo it by posting personal messages on her timeline or trying to use slang. Also, don’t use technology as a weapon. For example, don’t look her up on all her social media accounts just to know what she’s up to. Unless it’s a matter of personal safety, don’t criticize her for taking funny selfies or posting sarcastic quotes because she will feel followed and restricted. 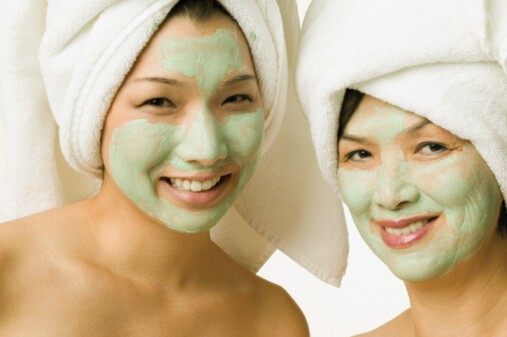 My mother talked to me as we were putting on face masks and doing our nails, she did that with my grandma and I do it with my daughter. It never fails! Says Deborah, 40, from Maine. Indeed, the old fashion mother-daughter time works like a charm when you want to relax, strengthen your bond and maybe share some classic beauty secrets. After going to the local SPA and sauna a few times and having a blast I invested in sauna kits and now we have our very own sauna at home where we chat for hours at the weekends. It’s great for my back and my daughter loves it too. But you don’t have to go to a SPA or pool to bond with your daughter. Even something small, like helping her do her hair, putting on a face treatment while watching a romantic comedy or exfoliating works just as well. And yes, looking ridiculous while doing it is part of the fun!

It’s very common for sociable, talkative children to become cold and distant as they move into teenage years. However, a cold attitude doesn’t mean that your daughter doesn’t want you talk to her. Teenagers want to be heard and noticed and even though they look like they don’t care, they want you to reach out. Maggie, 39, from Colorado shares her tip: I never wait for than 2 weeks to ask my daughter out. She never says she wants to go to the movies or shopping, but when I invite her she says yes and we spend a nice couple of hours together. My advice is try not to take their bad moods too seriously, keep your patience and stay positive. 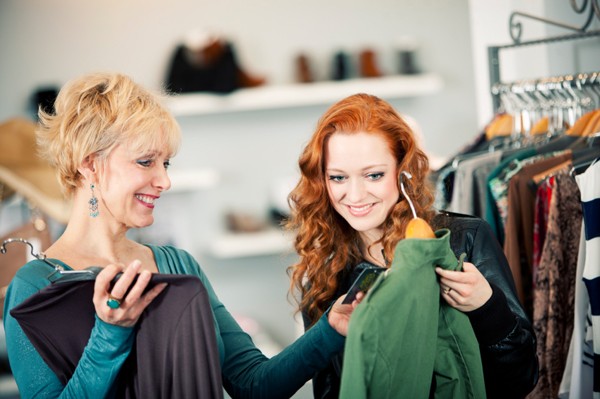 By the time they become teenagers, most kids have a few hobbies that take up all their time. Whether it’s sports, fashion, reading or playing an instrument, don’t be indifferent and try to encourage it. Also, keep in mind that teens in the 2010s have more hobby options than you had back in the day and it may be harder to spot them, like it was the case with Margaret, 51: I’m no good at computers and whenever my daughter spent five hours in a row on her laptop I assumed she was playing, but it turns out she reviews movies and TV shows on her blog and she has a few hundred followers already. She told me she wanted to make a YouTube channel about it, so I pitched in for a better microphone. It really feels great to be involved and support her hobbies.

How Friends and a Flat Iron Connected Me to My Teen
My Best Friend's Perfect Daughter Was Caught Shoplifting...Here's How She Handled It
Insight To Improve Mother Daughter Relationship
advertisement

How Friends and a Flat Iron Connected Me to My Teen
My Best Friend's Perfect Daughter Was Caught Shoplifting...Here's How She Handled It
Insight To Improve Mother Daughter Relationship