The Real Meaning of Life Will Never Be the Same

Published by Dianna Muscari from The Kitchen Prep on April 21, 2016 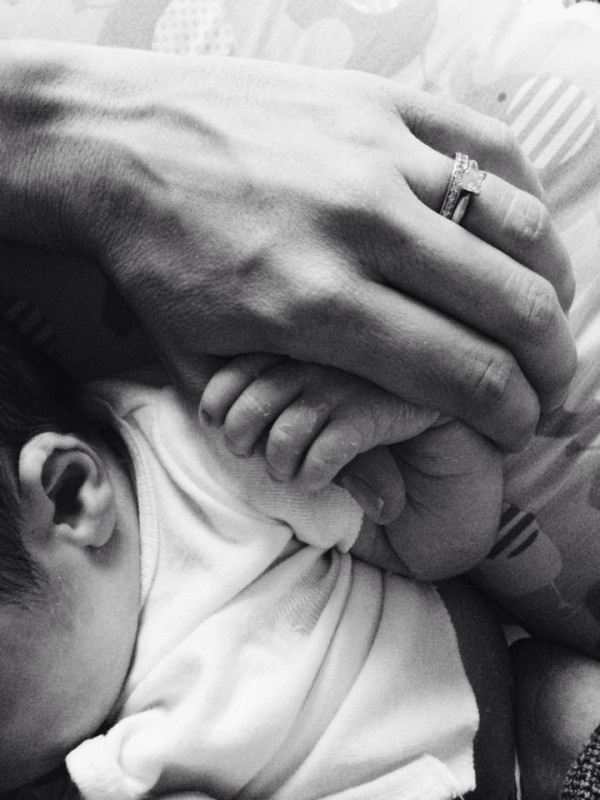 Eighteen months seems like a long time, doesn't it? Like a significant period of time where you'd have the chance to ease into something new, gradually becoming accustomed to the changes... right? Then please tell me why I feel like the last push I gave to bring my little one into this world propelled not only him, but time itself.

Here we are, almost a year and half after welcoming our son to our lives. Some days I can hardly believe that he has already grown up so much -- running, talking, learning, expressing his likes and dislikes -- and other days I feel like the road that we have ahead of us is so, so long. That's motherhood, I guess.

Though I've had 18 months -- the length of not one, but TWO full term pregnancies! -- to adjust to this ever-changing role, it wasn't until just this week that I really thought about the thing that people like to say to expectant mothers: "Your life will never be the same."

Something about that phrase used to irk me to the core. Maybe it's because it seems like such an idiotic thing to tell someone who is reasonably intelligent and fully aware that bringing another human being into this world is going to change things significantly. Regardless, I'd always muster a smile and stifle a "DUH", thank them for their deep, insightful commentary, and continue on my merry way. Or maybe, just maybe, it was because giving up who I knew myself to be for the 31 years leading up to this momentous life change terrified me beyond reason.

Though I'd always known that I wanted to have a child at some point in my life, I was never that girl who just wanted to be "a Mommy." {For the record, there is nothing wrong with wanting that.} In fact, I fought the good fight against that happening from the moment I conceived to the weeks after I gave birth and officially earned the title of "mother." While I was recovering from an extremely long and exhausting labor and struggling with the beginnings of postpartum depression, I held myself to the tasks of cooking, photographing and posting new content to my blog just so I could say that I did. I also insisted that my husband and I have a date night a week to the day after giving birth, and even managed to squeeze in a few short, baby-free visits to see friends during the time that most women have barely taken a solo trip to the bathroom. Doing these things made me feel like, at the end of the day, when I'd look in the mirror and see the tired eyed, milk-soaked, raw-skinned version of myself that I was becoming, I would recognize just a tiny glimmer of the person I used to be. I wasn't ready to say goodbye to her. Not yet.

What I didn't realize at the time was that in holding on so tightly to what I was scared to lose, I was actually holding myself back from the miraculous transformation that was trying to take place. The metamorphosis that happens to all mothers, and maybe even the true gist behind what so many well-meaning women were trying to tell me that I couldn't fully appreciate or comprehend. Because what I didn't realize was that I wasn't losing myself at all... on the contrary, I was actually gaining a new facet to who I was.

I was so busy white-knuckle gripping life as I knew it that I never once stopped to consider that I might actually like life as I've never known it.

And so, just a few days ago, while I was sitting at my computer working and simultaneously running my fingers through my son's soft, silky hair {he likes to lay his head in my lap from time to time while I work. Swoon.}, I suddenly thought to myself, "Life will never be the same."

Except, this time, it didn't feel like an admonition or an ominous piece of advice. It felt like a blessing; like a definitive proclamation that I can never return to being the "old me." Because doing so would mean a life without my son. A life without joyful {and sometimes aggravating} noise; a life without incessant movement. One without soft baby skin and small, squishy feet and pudgy, dimpled knuckles. One without slobbery kisses {and the occasional headbutt to the face} and the sweet sound of "Mama" when he sees me. And the realization that one day all-too-soon, life will be without those things as they were long before him, and that I will once again add another layer to who I am and redefine my place in this world.

Sometimes it takes you 18 whole months to realize you've become something much bigger than you could ever have imagined.

Postpartum Depression Stole My Early Days As a New Mom and Nearly Took My Life Too
I didn't come home with a baby, but I still gave birth
7 things I learned after 2 miscarriages in 1 year
advertisement

Postpartum Depression Stole My Early Days As a New Mom and Nearly Took My Life Too
I didn't come home with a baby, but I still gave birth
7 things I learned after 2 miscarriages in 1 year