The Pup and The Patio

We sat on my patio. Well past twilight and no sound but the crickets doing their chirp and Dave Matthews Band and Pearl Jam alternating their croon on the stereo.

Softly as to not disrupt the neighboring apartments.

He had promise. Great eyes and chuckled at his own jokes when he told them. I could count on both hands the number of months we had been dating but I felt like I'd loved him forever. He was soul food. Comforting. Easy. We made plans and dreamed big. We made up scenarios and dared to ask dumb questions because we were still new enough in the relationship to do so without fear of too much embarassment.

He told me he'd have a dog. A big, yellow dog to be exact. We talked about how cliche it would be to name this big, yellow dog after a favorite band. Oh, no....it has to be more ridiculous than that. We'd have to not only name him after a band but the band leader. As Pearl Jam was our collective favorite, it was an easy decision.

We talked late into the night. No pressure. No responsibilities. Only thinking about the conversation at hand and the need to keep our voices hushed for those in the spaces around us. People asleep in nearby apartment bedrooms.

Looking back, we had the world at our feet.

I met him on the back patio with some cold drinks. A warm July night with a soft breeze. We hadn't had a real conversation in days. Snippets of info passed back and forth like informants. Dates, deadlines, tap sheets, projects. Data thrown back and forth in passing moments. Messengers more than spouses. Business partners more than life partners.

But he was sitting, feet on the patio table, crossed at the ankle. He was relaxed which made me relaxed. It appeared there was time to sit. The kids were in bed and quietly reading. A miracle in and of itself. I sat. I breathed deeply for what felt like the first time in weeks. Slowing and then quieting the inner chatter ever present in my head, I was silenced enough to hear Dave playing softly in the background. I closed my eyes and slipped back. The memory was on his mind, too. Odd how after enough time together you begin speaking the same thoughts. Bringing up the same story at the same moment. Thinking of the same inside joke simultaneously.

I asked him about 2001. The patio talk of old. We had lived a thousand lives since that summer but I could have slipped into that old scene in a blink. 23 year old Emily and Matt dreaming wild and free. Unbridled to make big decisions with minimal repercussions. Make a career change? Sure. Move across the country? Why not. We talked about the changes that have swirled around us since that night. I asked him if he'd do it again. The marriage, the kids, the mess and noise.

He asked the same in response.

Of course. A hundred times over.

Easy words when relaxed and sentimental. Harder when steeped in the daily grind and faced with daily pressure and mounting tension from a busy household. But true, nonetheless.

Speaking softly. As to not disturb the people in nearby bedrooms. Little people. Ours.

And under our feet sat an old yellow dog. Eddie. Big Eddie Vedder Yellow Ledbetter if you check his papers. Curled up under the table sleeping contentedly. Diagnosed with cancer in the spring and moving slowly these days. A living, breathing, furry symbol of our courtship. A reminder of big dreams and silly scenarios and zero pressure when answering what if. The old boy likely won't be warming our feet next July and the thought reminds me how quickly time passes and fades. And two twenty somethings, with eyes only for each other, become spread thin and then stretched even further as parents and children and employees.

And time marches on.

Twenty years from now, on a warm July evening, I'll meet my guy on the patio and wait for Dave or Eddie to play. We'll talk about our life and retirement plans and maybe grandchildren. We'll reminisce about an old yellow dog who was once a young yellow pup who was once the answer to a question on a patio on a warm July night.

And I know we'll look back and realize we had the world at our feet. 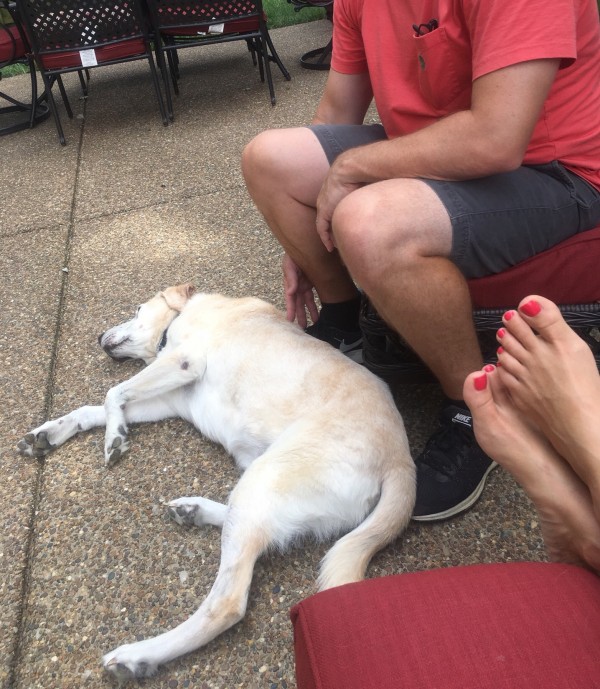 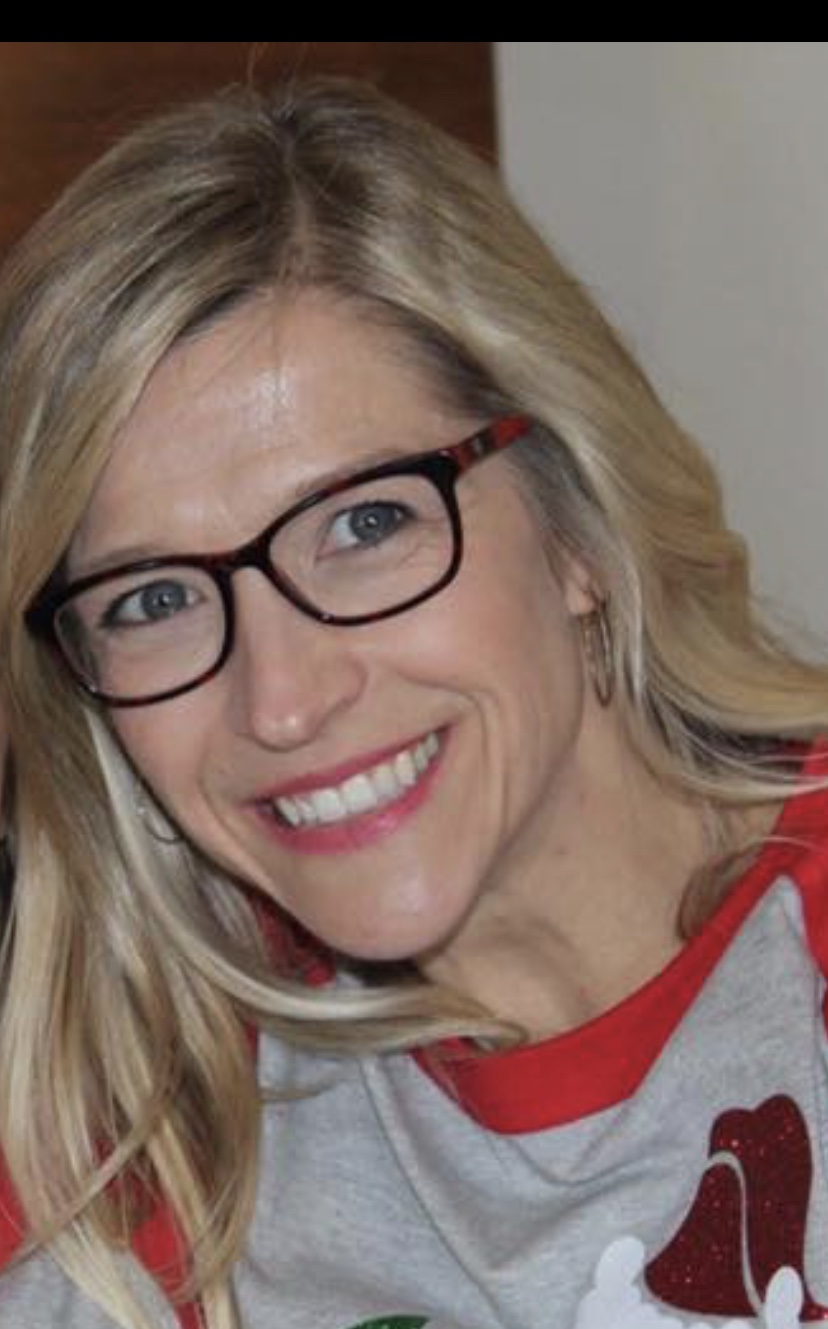 Emily writes to stay sane. She is wife to Matt and mother of four kids who seem intent on providing good content for blogs on attempting to stay sane but mainly failing. She likes yoga, chocolate, the beach, well behaved kids and money. She looks forward to having at least one of these things again in 18 years. Likely the chocolate.