Thirteen years ago we brought home a tiny yellow lab puppy. He captured my heart as fast as he captured my time. Walk after walk, worry after worry, and snuggle after snuggle, he was mine. After a year of puppy love, my husband and I decided to try for a baby. We lost that baby, and after being told that there was no heartbeat, I was able to come home to my lab who not only already seemed to know, but knew how to comfort me. I cried myself to sleep that night…and he never left my side.

Two years later we welcomed our first baby boy home and Cooper was just as eager to greet him as we were to introduce him. It was instant kinship. Somehow, these two had already known one another for a lifetime. Their connection was swift and natural and despite their parent’s concern, they seemed to figure it out on their own. 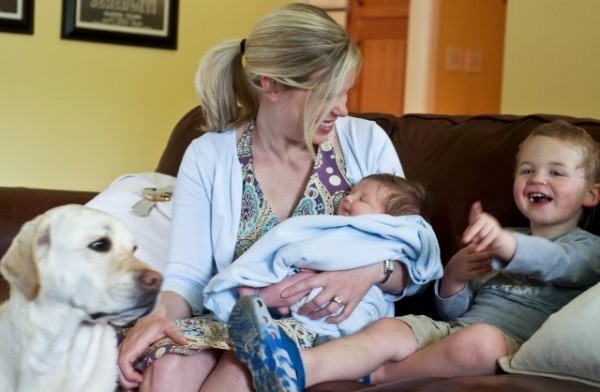 The years picked up at warp speed and before we knew it, we were bringing home our second son. Cooper wasn’t fazed, he was delighted. I’m not sure why, but this dog was always happy to welcome another person into our home. He wasn’t just happy to welcome visitors he was over the moon to welcome the permanent loves who would reside in our home on a daily basis.

Cooper was happy to welcome the boys who would bury him in the snow, and dress him up as a firefighter. He was happy to have boys who longed to play with him all day, and sleep with him all night. He was his happiest though, when they would lie with him by the front door. He even stayed there to watch the boys who had played with him for years at home bid farewell from the school bus. 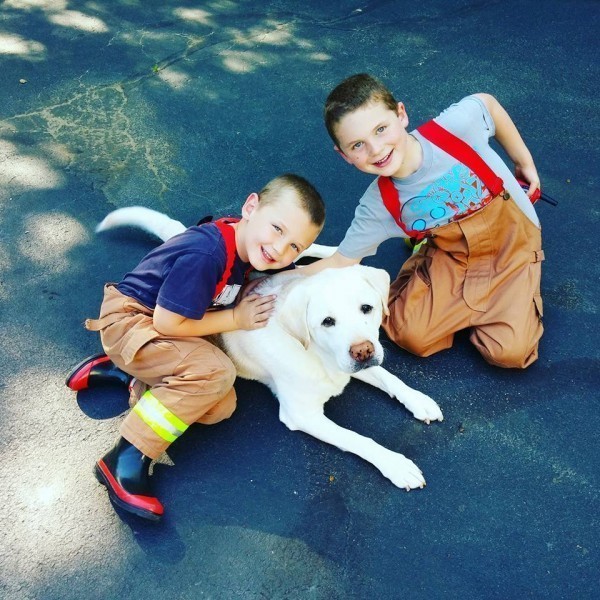 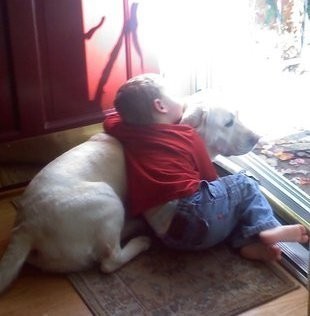 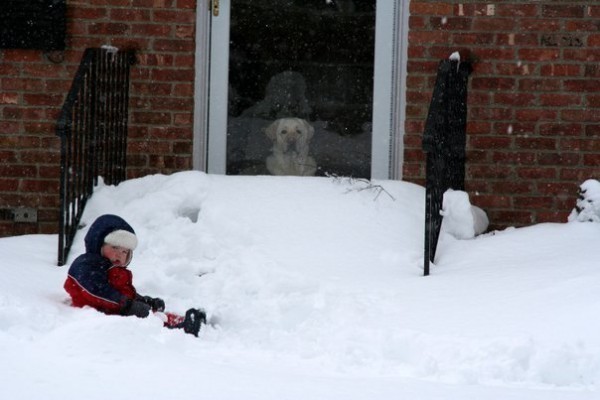 He took it all in. He watched everyone walk and run, old and young, he memorized their faces, and he most definitely loved it all. He was happy running with the boys, but he was happiest watching them run. We were happiest with him under our feet, next to our hearts, and taking up space in our world. He was his happiest at the front door watching us, and waiting for us, and that is where we will forever remember him. The front door feels empty since we said goodbye to him. I continue to look for him there, but somehow I know he will always hold space at the front door for us, and we will always hold a space in our hearts for him. 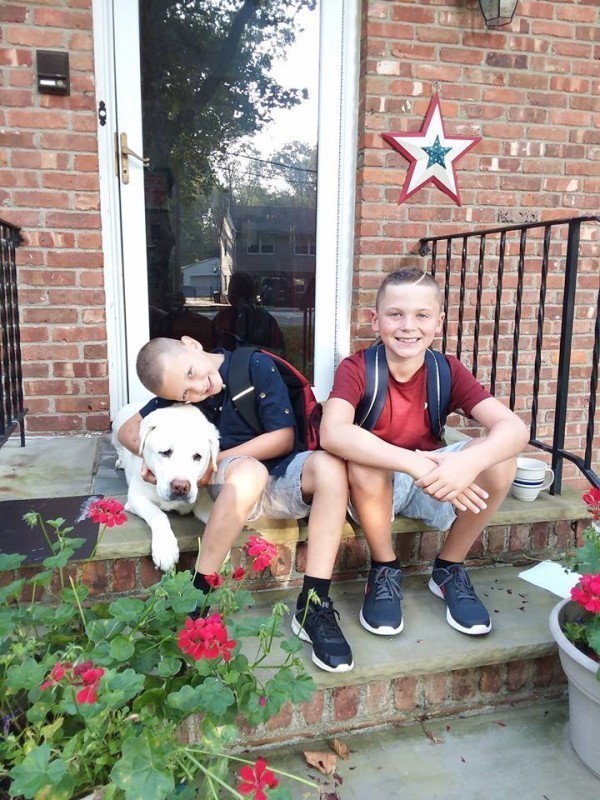