The Physical, Mental, And Emotional Bruises Of Motherhood Have Made Me A Better Mom

Published by Danielle Sherman-Lazar on June 5, 2019 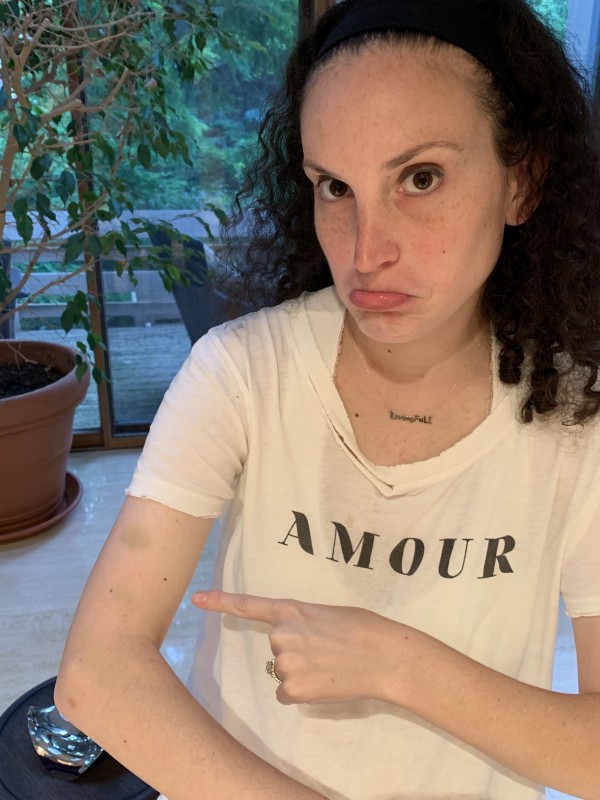 This is a picture of the physical, mental, and emotional bruises of motherhood.

All of us mamas have them.

I noticed this on my arm tonight. Was I surprised? No. Not one bit.

Did I know where it came from? Not exactly, but I had an inkling. It may be from my three-year-old dueling as a football player or that I’m constantly running between my three kids that are under four--making sure they are okay--- and a collision or two along the way isn’t a rarity.

Then there is the I-swear-I-have-brain-damage-because-OMG mental bruise.

I start talking and am not sure where I’m going with my words and then poof, I mumble something inaudible and want to disappear, knowing my comment went awry.

“Where was I going with that?” I drift off, trying to think of how I’m going to make a return from THAT.

People ask me questions, and I continue staring at them like EARTH TO BRAIN, HELLO, IT’S TIME TO WAKE UP.

Then when the kids finally go to bed, the invisible workload starts. There’s the getting everything together. The behind-the-scenes work, so everything will be running smoothly in the morning. We buy the gifts for birthday parties, the snacks for school, and plan out our kids’ schedules. The mental-load, gosh, that can be taxing.

And because my brain is always working hard, it seems to have stopped reaching its full potential. “Mom brain” some people call it, and there’s evidence behind it—but I think another cause is that us moms are running over capacity. Even the energizer bunny runs out of juice sometimes—the difference is, we don’t have a battery that can be replaced.

The emotional bruises are hands down the hardest. When our kids are hurting--we hurt. The pain from those bruises speaks through our faces. We wear those bruises in our expressions. She was mean to her sister and hit her-- we felt a crushing feeling in our hearts. Why would she do that? These thoughts of worry and sometimes disappointment never ever stop.

You see these bruises, some visible, some not--they are my battle wounds. They are so worth it because each one of them--the physical, mental, and emotional---have made me into a better mother.

Motherhood and life are hard, so let's support each other
4 Ways You Can Help Train Your Brain (and Your Child’s) for Success
Why I’m the 'crazy mom' outside in the cold with my kids this winter
advertisement

Motherhood and life are hard, so let's support each other
4 Ways You Can Help Train Your Brain (and Your Child’s) for Success
Why I’m the 'crazy mom' outside in the cold with my kids this winter