Motherhood and life are hard, so let's support each other

Published by Danielle Sherman-Lazar on July 25, 2019

By the time you become a mother, you’ve been through the hard.

Maybe there was a hard time in your life before pregnancy: whether it had been a loss, a mental illness battle, struggling with addiction, or a disease.

Maybe you had a hard time getting pregnant and had to go through In Vitro.

Maybe you suffered a miscarriage.

Maybe you had a hard pregnancy with terrible morning sickness or was diagnosed with preeclampsia, cholestasis, or gestational diabetes.

And now maybe you are experiencing a hard time with your kids: A rough diagnosis, a behavioral issue, and the list goes on and on. 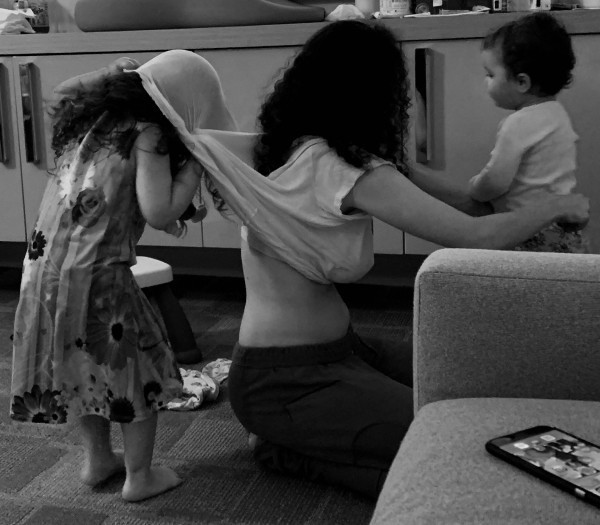 The point is by now every single one of us is scathed. We all have bumps and bruises. In different places, and some worse than others, but no one has had a perfectly smooth go.

So, let’s be kind to each other, okay?

Because in the scheme of things, does it matter that her baby still has a bottle at almost two?

I’ll answer that one for you: it doesn’t at all. It won’t make her child any less successful than your child.

Also, what if that snarky comment you made tipped that mother over the edge? Now her brain developed a shame twister--spinning negative thoughts about herself all around.

Does it matter that her child insists on picking out her own clothes and each morning it’s a wacky surprise?

No, because it won’t hurt anyone — maybe the mom’s ego a bit — but it won’t set the child back.

Look, I'm sure some doctors had a pacifier until age four.

Just as much as I'm sure, some prisoners were breastfed.

And as for us moms, we have all had many days where we were left sobbing because we had enough.

Because being a mother is HARD.

And mom guilt is more contagious than a common cold.

So please think about this and lead with empathy before you pass judgment.

Us mamas should support each other because our bodies are the only bodies in this entire world that can know all the feelings associated with being a parent after carrying the baby to term.