The One Thing Every NICU Mom Needs to Hear

Published by Caitlin Rogers on August 6, 2018

One Thing Every NICU Mom Needs to Hear

My biggest fear when I found out that I was pregnant with twins was that they would come prematurely and end up in the NICU. Well, that and being put on hospital bedrest. I couldn't even fathom having to be stuck in the hospital with Theo (who was barely two) at home without me. What sounded even worse was having to leave the hospital to go home and leave my twins in the NICU. 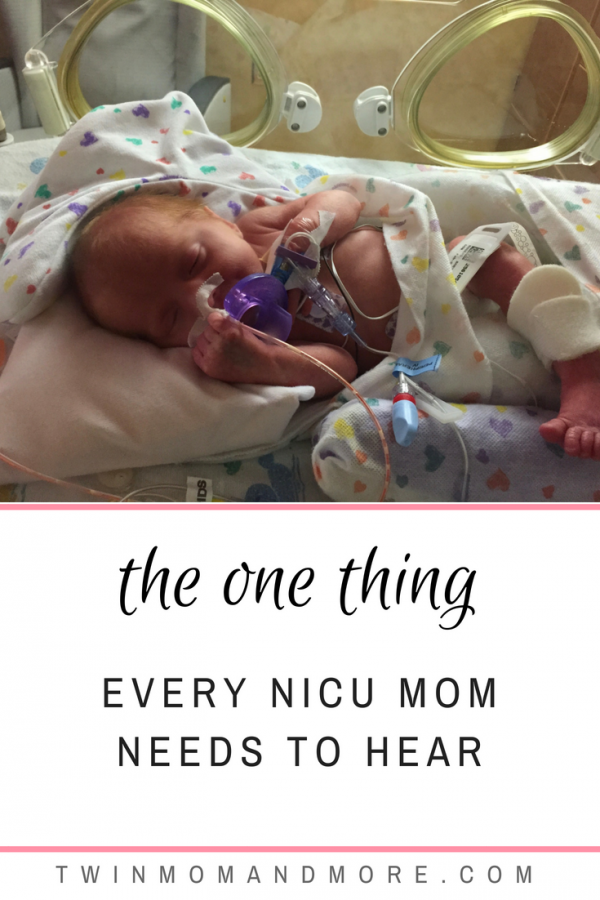 The One Thing Every NICU Mom Needs to Hear originally appeared on Twin Mom and More.

Every book and article I read on Pinterest pointed out all of the millions of complications a twin pregnancy could entail. I convinced myself that I would have no issues. I would go full-term and my babies would come home healthy and strong. When my water broke just under 30 weeks, my hospital bag wasn't even packed. I was so sure that I wasn't actually going into labor that I convinced myself that I just couldn't stop peeing. It only took a few short minutes for me to acknowledge that I wasn't peeing this much and my water had indeed broken.

My husband rushed me to the hospital where I was informed that my water had indeed broken and I would be spending up to the next 4 weeks in the hospital (you can read the full story here). At 34 weeks, if I was still pregnant, they would induce me. At this point, I knew that even if I made it to 34 weeks, it was very likely that my twins spend some time in the NICU.

I had many people tell me that everything would be OK. This wasn't a bad thing to say, but I didn't need to hear it. It didn't, in fact, make me feel better, for two reasons. 1. Things did turn out to be OK, but they also could have not. That was a definite possibility. 2. Knowing that things would probably turn out OK didn't make going through things any easier. It didn't make it easier when I only had a half an hour before I had to get home to Theo and I had to choose only one baby to hold. It didn't make it any easier to not be the one to give my babies their first bottle or put them into their first outfit.

And most importantly, it didn't ease the guilt.

Did I cause this? Maybe if I had stopped working, my water wouldn't have broken.

Maybe if I hadn't cleaned the entire kitchen the night before, even though my body was aching in pain.... maybe my babies wouldn't have been born prematurely.

Once I was in the hospital on bedrest, there was a teeny, tiny part of me that just wanted them to come. The thought of being on bedrest, away from my home, two-year-old, and husband, for four weeks, seemed unbearable. A tiny part of me wished that I could just go home. So, when I went into labor after just two weeks of bedrest, part of me wondered... did I subconsciously cause this? Did I wish them out of me???

The One Thing NICU Moms Need to Hear

NICU mamas, let me tell you something. Something I wish someone had told me when I was going through this... it is not your fault.

Pregnancy complications are 100% out of your control. I knew this when I was going through it, but my emotions were too high to really, fully believe it. I logically knew that I hadn't caused my water to break by cleaning my kitchen, but I felt so much guilt that part of me thought it could be true, and nobody told me otherwise.

I did something wrong.

IT IS NOT YOUR FAULT.

I ended up going into labor while I was on bedrest, at 31 weeks and 6 days. Our NICU journey was relatively short compared to some, and both girls were home within 3 weeks. They are now two-years-old, and healthy, thriving, adorable little girls. 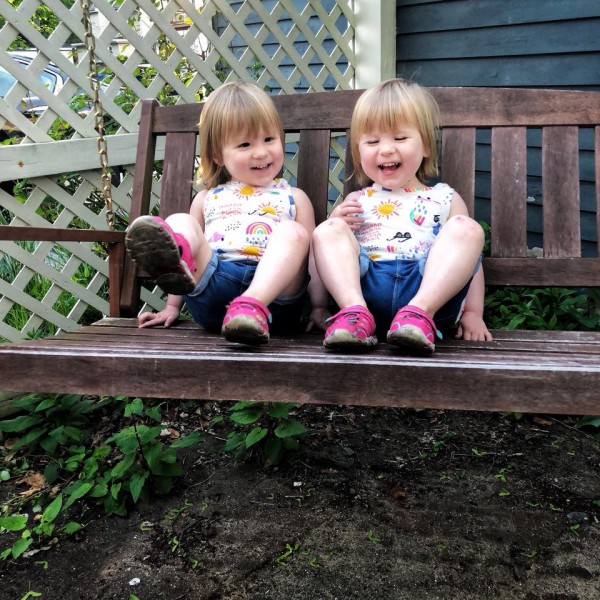 I will never forget our NICU experience or the impact it had on our family. If you're currently experiencing NICU life and need someone to talk to, please reach out to me. Once a NICU mama, always a NICU mama.

Preparing a Toddler for a New Baby

5 Ways to Help a NICU Family 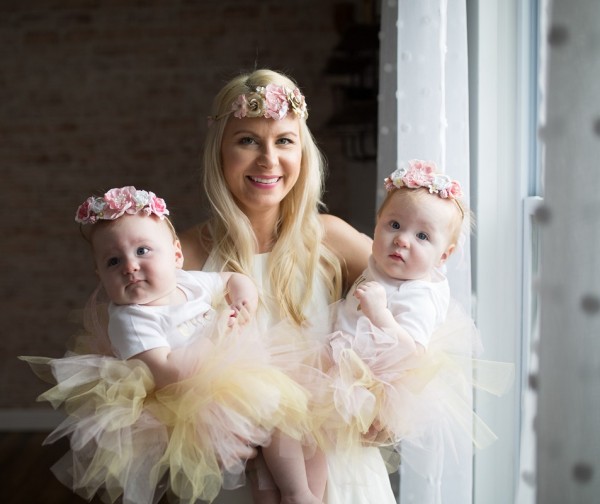 Caitlin is a stay at home mom to identical twin toddler girls, Josie, and Margo, and a preschool aged boy, Theo. She blogs over at Twin Mom and More about all things twinning and parenting! 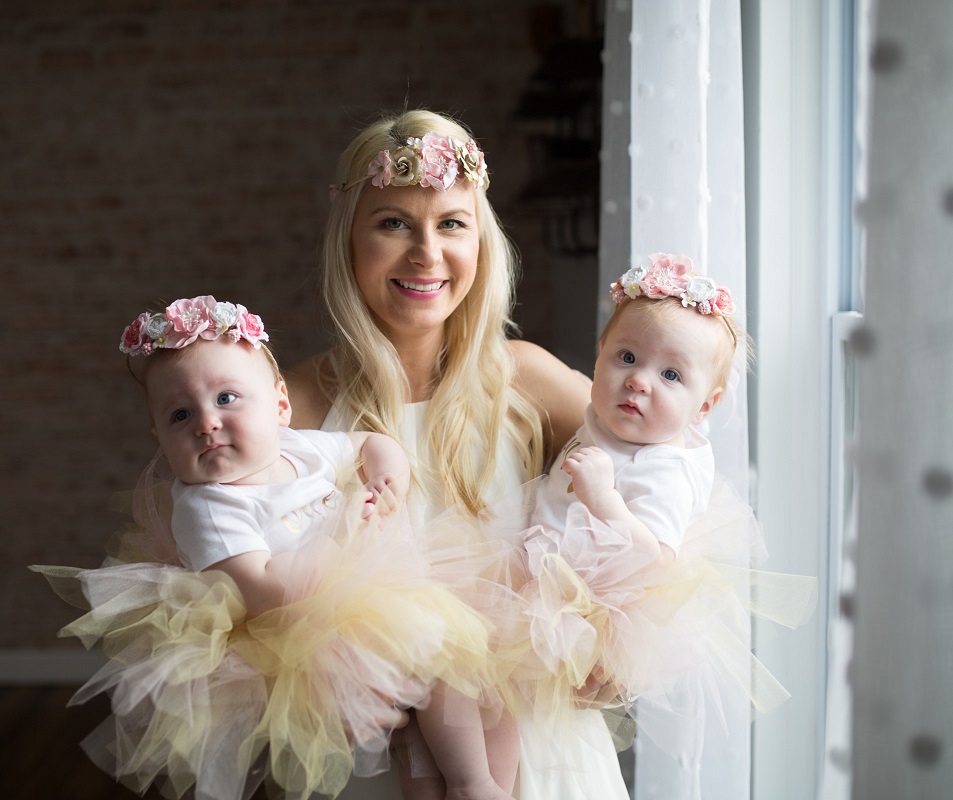 Caitlin is a stay at home mom to identical twin toddler girls and a preschool-aged boy. She blogs about all things twinning and parenting related and always keeps it real!