The Mommy Wars: Round Two: Co-Sleeping VS. Crib Sleeping

I Write Essay about-What This Battle Is About

Co-Sleeping- This is the practice of a baby or child sleeping close to one or both parent. Usually, in the same bed, in contrast to sleeping outside the room or in their own crib or bed.

Crib Sleeping - This refers to an infant or child who sleeps in a bed independent of their caregivers. This can be accommodations made for the child in a manner such as crib, pack and play or bassinet. This can also be in the caregivers' room or in a different room.

Conclusion of the Survey

In the end, the battle between co-sleeping and crib sleeping seems to have come down to the child's independence and emotional well being as well as the emotions and security level of the parents involved.

In going through the survey results, I found that a majority of people tend to want their babies and children to sleep in their own beds from the start. This seems to be mostly because of the idea that kids will have to be alone at some point, so it is best to condition them to know what to expect. It was also frequently commented on that having their child sleep in their own bed fostered a sense of confidence and independence. I found many comments were for parents to have their time together and the 'marital bed' didn't really have a place for a baby in the middle.

On the opposite side, the case was made for breastfeeding being easier if the baby was in bed with the mother who was caring throughout the night. It was heavily suggested that a child who sleeps in the bed with their parents are more likely to develop a sense of trust and feel more nurtured and secure in their surroundings. Co-sleeping also appeals to some parents because they want to to make sure that baby's needs are met quickly and child is said to be calmer with this arrangement.

Overall, there were several comments on both sides about it being up to the family in question and it was very much about doing what was right for that particular family. In the end, I noticed a pattern of acceptance for either choice in the sense that it was commented frequently that parents had to make the choice that was best for their relationships and their children. If everyone involved was agreeable to whatever arrangement they made in their home, it seemed to be bringing on very little judgement from the other side of the line in this battle.
Article of Pros and Cons of Co-Sleeping

The most popular advantage to co-sleeping is among the breastfeeding mothers. It is said to be easier for the mother to get sleep if she is able to have the baby accessible in the bed in order to feed on demand.
Another case for advantages in the positive column of co-sleeping is that it's been attributed to better emotional health of the child. The child's needs are met right away and a loving environment of snuggles and affection make the child feel safe and secure.
Co-sleeping is a known common practice among mothers and their young in most countries for many many years, so it would show a track record of being safe and beneficial to children if done appropriately.
CONS:

Parents can possibly roll over on and/or crush a small baby. This can cause injury to the small child and should be avoided at all times. It would be best not to co-sleep with a parent who is taking any drugs or using alcohol or any other type of impairment to alertness while asleep with child.
In related issues, it can be possible to injure your child by having an older child or baby roll off the bed or get stuck in crevices between mattress and headboard or walls. It is likely that a baby could get tangled in blankets or covered with pillows which can and have been known to suffocate small children.
It's said that a large chunk of SIDS deaths are babies who are co-sleeping. It is recommended by many 'experts' to use caution and follow the guidelines for sleep when it comes to reducing risks for SIDS. Flat surfaces, baby on back, no blankets, pillows or stuffed animals.
Some literature also attributes the lack of sleep or trouble falling asleep in babies and children to the consequences of co-sleeping with parents and caregivers. It can be reasoned that it may be harder to help children fall asleep on their own and can negatively impact sleep patterns and healthy sleeping habits.
Pros and Cons of Crib Sleeping

It is popular opinion that crib sleeping will help curb the 'spoiled' child. It allowed children a sense of independence and helps them to fall asleep on their own. The thought behind this is that crib sleeping and putting your child to sleep on their own will lessen the cling of a child and allow them to form habits they will need later in life in regards to sleep.
A lot of people attribute crib sleeping to be being the 'safer' method of sleeping for infants and children. With the risks of SIDS reduced by primarily sleep guidelines if followed, this helps perpetuate the idea that crib sleeping is safer for baby.
Crib sleeping gives parents a chance to have a break from baby. They can still tend to baby's needs as necessary, but in terms of personal space, the parents and caregivers have an escape to another room of their own and a bed they may share intimate time without disturbing children who may be trying to sleep.
CONS:

Cribs have been known to be used to "restrict the baby to bed" which can have a harsher undertone that likely intended. It can be seen as restricting the development of a growing baby and giving them not as much room to grow and mature.
Crib sleeping does give the parents more space in the sleeping hours, but it is also possible to think that it will detach a child's emotional well being in some areas as well, as the baby is not readily getting their needs met on demand instantly. Crib sleeping babies may have to wait a little longer for parents to come to their aid if they are crying or need attentions. In some of the popular opinions is that it's not natural for a baby to sleep away from their parents and thus it must be a selfish parent who only thinks of their own needs and thus has no time to tend to their child the way that they should.
Cribs can be known to cause injuries if used improperly. If a parent is not following the guidelines for sleep to reduce the risk of SIDS, the child may be falling in between bumpers and/or being tangled in blankets or stuffed animals in the crib just as much as a co-sleeping baby may be at risk.

Comments From Both Sides

"Co-sleeping is what women and children have been doing for thousands of years. In most countries, outside the USA this is still practiced."
"Co-sleeping teaches a child their needs will be more quickly met and teaches them a more nurturing environment."
"Data around SIDS risk was the clincher. We have never co-slept although I would love nothing more than cuddling in to her to go to sleep IMO it's not safe enough (I don't have the risk tolerance for it)."
"I chose own bed because I didn't want to have to go thorough trying to break the habit of having my little one sleep with me. I slept with my mom until I was almost a teenager and it was hard to break the habit. I remember how hard it was for myself."
"Babies need to be in their own space so parents can have their own space. This current craze that families must constantly be together is ridiculous. If we don't get a break from our kids and a place to be ourselves, we damage our families."
" I do think physical separation makes it harder to sync up mother and baby's cycles and makes breastfeeding more difficult than it needs to be. But really, whatever gets everyone the most sleep is probably the way to go."
"I'm raising my child to function in society. I don't need him to be so attached to me and my husband that he needs to sleep with us."
"My child was a poor sleeper, and it just worked out better for us to have her sleep with me. I wish things worked out differently, sometimes, but I don't think either way has a long-term impact." 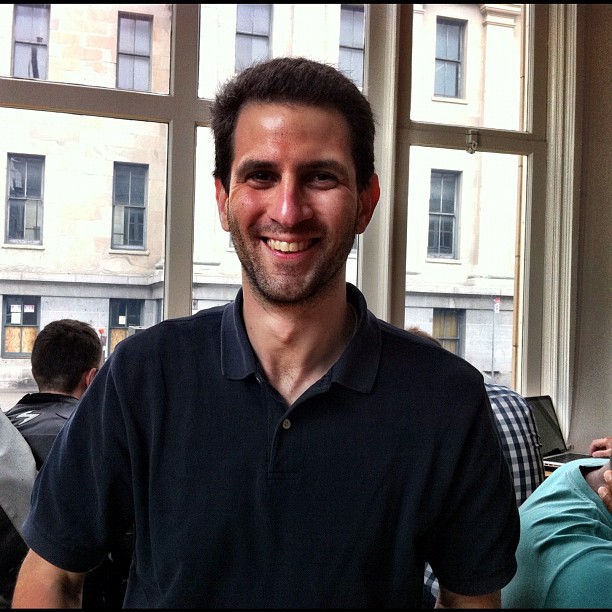 Is your baby's sleep environment safe? Advertisers depict unsafe sleeping environments for infants,...
Why the Baby Boxes in Some States Are Not Like in Finland
5 Important Safety Tips for Baby Cribs
advertisement

Is your baby's sleep environment safe? Advertisers depict unsafe sleeping environments for infants,...
Why the Baby Boxes in Some States Are Not Like in Finland
5 Important Safety Tips for Baby Cribs