The Meaning of 'Worth the Wait' 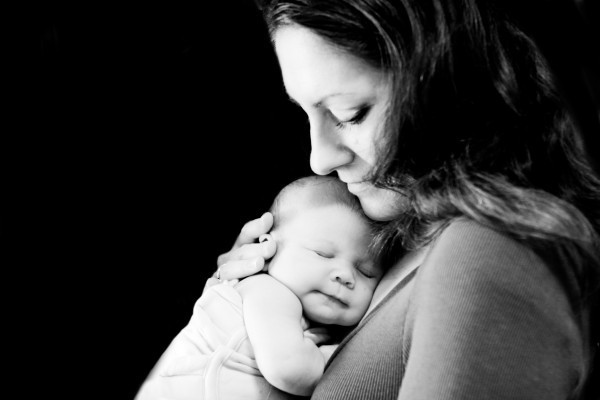 God changed my "master plan" for when I'd have a baby, and made my life the better for it.

I suck at waiting.

Stoplights, checkout lines, doctor's offices – all annoy me to no end. If you're telling a joke and it takes longer than a minute to get to the punch line, save your breath; I may give a courtesy laugh, but really, I checked out 30 seconds ago.

I think the reason I detest having to wait for just about anything is because it defies my plans. I’ve got a schedule that I approved to be good and wise and darn-near infallible. Thus, any disruption to this schedule wreaks havoc in the Universe According to Jenn.

Once after venting to my husband about something, he remarked on how my complaints reminded him of the hospital scene in "The Dark Knight," wherein Heath Ledger’s Joker persuades Harvey Dent (Two-Face) over to the dark side:

“The mob has plans. The cops have plans. Gordon’s got plans. They’re schemers, schemers trying to control their little worlds. I’m not a schemer. I try to show the schemers how pathetic their attempts to control things really are.”

My pathetic attempt to control our family called for baby-making to begin at a very specific time, a long, long time ago. Once we decided to start trying, I wanted to get pregnant right away. Heck, I didn’t even want to wait for nine months of gestation; I was ready to have a baby from the word(s) "go" (procreate).

In the big picture, I had been waiting all my life for the opportunity to be a mom, ever since I was little and bossed my siblings around while dressing my dolls and pretending to breastfeed my stuffed animals. Waiting to have kids until a few years after getting married was a sensible part of my master plan; having to wait a few years after deciding to actively pursue parenthood was not.

As my husband and I started trying to conceive, confusion about why things weren’t working right led to disappointment; disappointment over unsuccessful fertility treatments led to sorrow; sorrow over failed IVF and its implications for never getting pregnant led to despair.

The waiting weighed down on me, stifling my hope to become a mom. Friends tried to offer encouragement through truthful yet irritating statements like “God has a plan” and “God causes all things to work together for your good.” Thanks, but seriously people, I wasn’t born again yesterday. I knew God had a plan; I just preferred my own and could not understand why His caused me so much heartache.

And then, at one of the darkest points in my life, the Lord lifted a corner of the veil and revealed at least one purpose for the grief I had experienced.

We got an e-mail from the adoption agency about a baby boy whose biological mother wanted to make an adoption plan, submitted our profile for consideration, and cried in shock when the agency called and said she'd chosen us. A few days later, we brought our son home.

In all my visions of how I would have a child, I had never imagined it would happen this way.

After the haze of newborn caregiving dissipated, I reflected on the road that led me to my son, Calvin, and realized that God had answered my incessant question over the preceding three years: “Why aren’t You giving me a baby?”

As I looked into Calvin’s beautiful brown eyes and snuggled with him wrapped in the crook of my arm, I knew the answer was because He wanted me to have this baby.

An adoptive mother from my church described a similar revelation she experienced the day she brought her son home: “All the years of infertility finally made sense.”

It's not like my life suddenly became perfect, or that the sadness of infertility was erased, or that my desire to get pregnant went away. Rather, all of the physical and emotional pain of fruitless medical procedures, feelings of failure and isolation and discouragement, and grief over the loss of a dream were worth it for this: to be Calvin’s mommy.

There are many, many things that happen in this life that we won’t understand this side of heaven. I’m so very glad that despite my lack of faith, God chose to show me a purpose for my suffering and give me an incredible gift as part of His perfect plan.

By the grace of God, I am a writer/editor, scholar's wife, boymom, infertility endurer + support facilitator, adoption fan, half-butt homemaker, and ever-learning Jesus lover. I write my heart on my sleeve discussing faith, parenting, infertility, adoption, Biblical literacy, and whatever satirical whimsy strikes my fancy. Read more of my work at https://jennhesse.com.

Infertility. Adoption. Miscarriage. IVF. Hope.
My journey to motherhood.
I use to HATE Mother’s Day
advertisement

Infertility. Adoption. Miscarriage. IVF. Hope.
My journey to motherhood.
I use to HATE Mother’s Day