The Lesson I Have Learned From the Veggie Wars

Published by My Dishwashers Possessed-Kathy Radigan on March 10, 2017 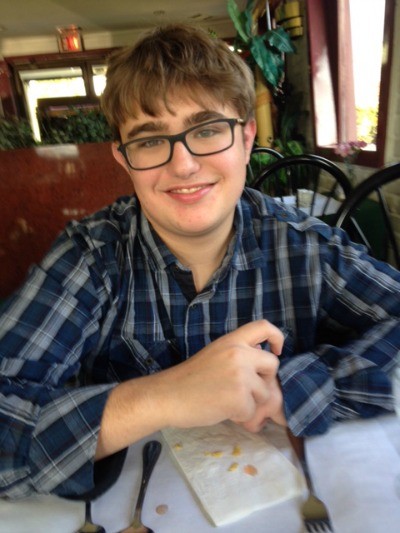 A few weeks ago I witnessed a miracle. My 16-year-old son, Tom, ate two pieces of squash and a string bean. True they were covered in Japanese tempura, but I honestly wouldn’t care if they had been covered in chocolate and served by a super model. He ate a vegetable!

Up until this point that child had not eaten anything even remotely derived by the “rainbow” in so long that I could have been reported to the “Mom Police” and sentenced to hard time.

I always have wondered how I ended up with such a picky eater.

I did everything the parenting books suggested. I exclusively nursed Tom until he was six months old. When I introduced solid food, I served it in its most natural form. I didn’t keep white bread, soda, or juice with added sugar in my house. I offered a wide variety of foods, including pumpkin ravioli, spinach brownies, and zucchini muffins. I made it my mission to raise a healthy, vegetable-eating person.

Plus, I love vegetables.

Imagine my shock when before he even turned one, my perfect baby quickly showed his independence the minute I offered him his first taste of broccoli. His sweet little face looked at me as if I had just tried to poison him. Then he pushed away his plate with a dismissive wave of his little hand.

A war I was determined to win. I was older and wiser, wasn’t I?

Nothing I did made my wonderful little boy eat a vegetable. Or a fruit. Or much of anything that he didn’t want to put into his cute little mouth.

I tried all of the “tricks” to get him to eat a wider selection of food. I covered my share of veggies in cheese and brown sugar. I pureed green and orange things and stuck them in sauces, breads, cookies, and everything else that might taste good.

I used favorite characters, read books, and sang songs that played up the virtue of eating healthy. As he got older I showed him articles and research on the wisdom of eating a diet rich in fruits, whole grains, and vegetables. No sale.

I even used the, eat-this-or-eat-nothing approach. He ate nothing.

I have come to believe that some children, no matter what you try, just have certain food aversions.

How did I come to this belief? I had two other children.

By the time Lizzy and Peter came along, I was so wiped out by the food wars that I joined the ketchup-is-a-vegetable cult. The only way they saw a green thing was on my plate.

And they begged for it.

Those two get so excited over broccoli that Tom tried it once, just because he thought maybe he was missing something.

Beets, kale, lima beans. You name it, and my two youngest children eat it. They have actually passed up ice cream to eat more green beans.

Are they freaks of nature? Did God feel sorry for me and made sure he found me two vegetable-eating children?

Or, are there just some things that are out of my control?

Our first pediatrician told me that my job as a mother was to offer and provide three nutritious meals a day, and my children’s job was to eat them, or not.

That’s some of the best advice I have ever been given, and it doesn’t only apply to food.

It’s my job as my children’s ambassador to the world to introduce and offer all that I think is safe and appropriate, and it’s their job to decide what works for them and what doesn’t.

As much as I love this advice, I still find it a bitter pill to swallow. And not always easy to follow. Especially as they get older. What if they choose wrong? What if they get hurt?

Tom is a few months shy of his 17th birthday. My sphere of influence is shrinking daily as his world gets wider and wider. The choices he makes today can carry lifelong consequences.

By respecting my son’s food preferences, while still introducing him to a wide variety of food, I have done more than just keep peace at the dinner table. I’m giving Tom and my other two kids the building blocks they need to make their own decisions.

The broccoli battle was Tom’s first attempt at independence. My loving withdrawal and a really good multivitamin was, and continues to be, my gift to him.