The Kindergarten Bully Who Wasn't 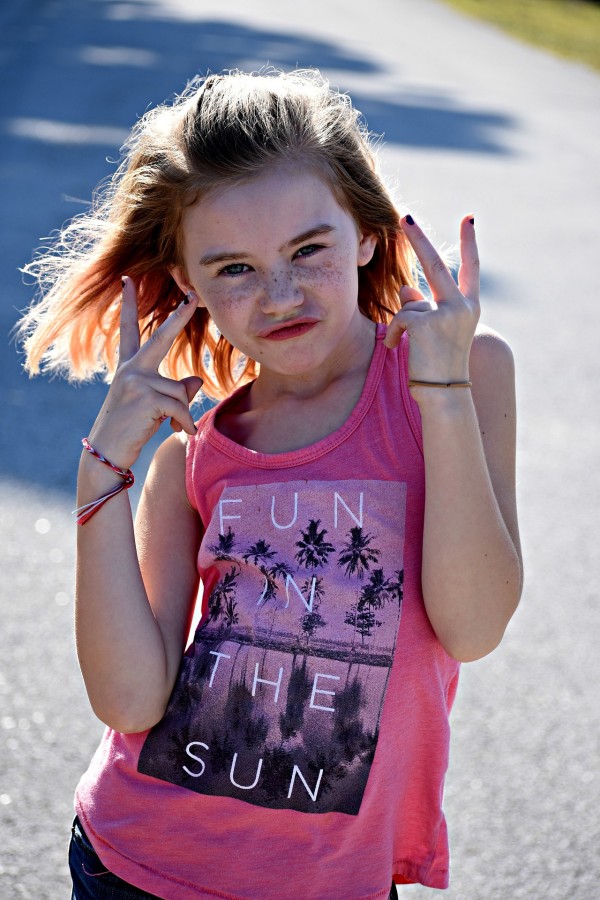 My daughter’s face looked sad. She also looked confused. A typical departure from her missing-front-teeth grin I am normally greeted with when I pick her up from walk-up line after her Kindergarten day. The noise was too loud in the pick-up hallway to discuss what had happened, but as soon as we reached outside, she broke it down for me. She had been bullied. Not in a physical way and not in a need to call the school to share it with them way, but bullied, nonetheless.

Of course, my first mama-bear instinct was to find out who was bullying her and to confront them or their parent. Then I saw a red STOP sign and was reminded that this would be the wrong course of action to take. So–what was it that happened to my daughter and what did I do? I will share…

Apparently, my daughter had been eating some candy that was given to her by her teacher prior to entering the pick-up hallway. Although you are typically not allowed to eat while waiting for your parent, my daughter had her teacher’s permission to do so. Then, another Kindergartener, who I assume may have been jealous of the fact that my daughter had candy, bullied her. First, the little girl told her that she was not allowed to have the candy and that she was going to tell on her. To which my daughter responded, that she was allowed, because her teacher told her so. The next thing that was stated to her was that if she didn’t finish the candy her hand “right now”, that this little girl was going to “snatch it” from her and “shove it in her mouth”.

Seems so silly, right? A verbal confrontation between two five-year-olds over candy. But, it had my daughter worked up and after she shared it with me, it had me worked up. Why was I so riled up?

So, this is where we show our parenting colors. This is when we decide how we respond to our child and how we encourage them to respond to others, especially bullies. Here in front of me was my chance for a teaching moment and I did not want to screw it up and hopefully, I didn’t.

My daughter and I discussed how she handled things correctly by using her voice to respond while staying respectful. We also discussed how when the bully kept with it and started speaking even more rudely to her, she just stopped responding–another good choice. We also discussed other ways to handle tough situations, including telling a grown-up when the situation is so bad it is deemed necessary.

As we drove home, I began to wonder…was I wrong to call this girl a “bully”? Should I not have used that term to describe her? I even used some examples from kid shows for comparison to ensure that my daughter understood what I meant, i.e. “Two-Tall” from Berenstain Bears. Maybe this girl is not a bully. Maybe she was just a nice girl being a little mean, I wondered.

A timely article came out last week via Huffington Post by Signe Whitson, a child and adolescent therapist. In her article, Whitson voiced that “there is a real need to draw a distinction between behavior that is rude, behavior that is mean and behavior that is characteristic of bullying.” Her article goes on to emphasize the importance of us adults remembering to distinguish between the types of behavior, and teaching us that we should not term all rude and mean behavior as “bullying”.

Turns out, based on Whitson’s definition of all three aforementioned types of behavior, this little girl was just being mean to my daughter. Although being mean is wrong and mean behavior still requires correction, it is not bullying, Bullying is different and that should and needs to be understood.

So, ultimately, Mommy was wrong. I didn’t handle the situation in the best way. I gave a way too broad and inaccurate stereotype to this kindergartner girl who did not deserve to be deemed a “bully”. But, my daughter also did not deserve the mean comments thrown in her direction.

I guess overall she and I both learned from the incident that happened this week. I learned that I need to only use the term “bully” when it fits the action or the length of time the negative action has occurred. I also learned that my daughter was already self-aware and had enough confidence in herself to know when to shut down and stop responding to someone being mean to her.

My daughter and I spoke again about the whole incident and she learned that Mommy was wrong in calling that young girl a bully. Through this, she also learned that Mommy is not perfect; this mistake is proof of that. But, thats good. It is good for her to learn that people, her own mommy and that little girl included, both make mistakes. We all do.

Our kids are the best defense we have against bullying in schools
Bullying is Handed Down From One Generation to the Next
There’s a Self-Bullying Epidemic Happening in Schools. Learn How to Identify and Cure It.
advertisement

Our kids are the best defense we have against bullying in schools
Bullying is Handed Down From One Generation to the Next
There’s a Self-Bullying Epidemic Happening in Schools. Learn How to Identify and Cure It.