Published by jessica@momlifemashup on March 20, 2019

I walked into my 9-year-old daughter’s room on a Sunday afternoon to collect some laundry as I normally do. I walked over to her desk and saw that she had this group of post-it’s with messages written on them taped to the back of her desk. I looked closer and saw that they were filled with a variety of motivational phrases with an emphasis on anti-bullying. They said things like “Be Kind! Never Bully! Be Caring! Never Give Up! Make New Friends!” I immediately thought that she was being bullied at school. As a mother of four kids, three girls and one boy, my kids being bullied in school has always been a major concern of mine.

After seeing those notes, I was concerned that these post-it’s were my daughter’s way of handling a bullying situation she was experiencing. I asked her why she had written those notes and what they were for. At first, she said she didn’t know, she just did it, and tried to almost skirt the subject. I pressed on, because I was not going to let this go so easily. She eventually told me that she has a friend who is being bullied by some kids in her class. She told me that her friend never does anything to these kids and they are just mean to her for no reason. She said she had written these notes to remind herself of what she should tell her friend when she is being bullied. I told her that was a great idea and that she should always stick up for people that are being bullied at school. 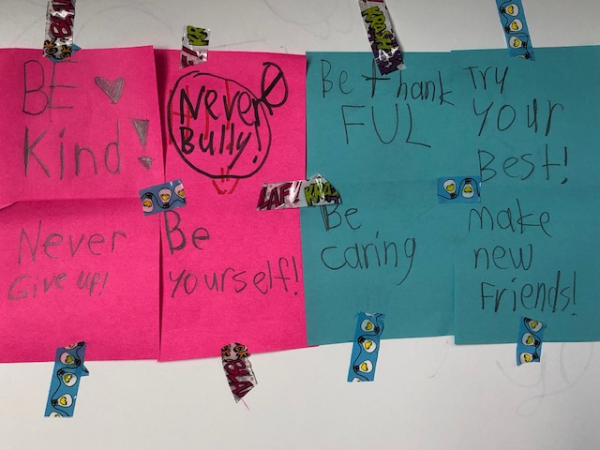 A few weeks later, I received a call from the elementary school where my 9 and 11-year-old attend school. It was the principal, so of course I was slightly nervous and wondering what on earth one of my kids had done! I was pleasantly surprised to find out it was what they call a “positive conduct referral,” which is where a teacher sends a student to the principal for doing something commendable. The principal told me that my 11-year-old daughter had stood up for a student that was being bullied and being called gay in PE class. I was told that she jumped right in between the kids, told them to stop and immediately got the PE teacher and classroom teacher involved. When she got home, she told me that they had been picking on this student on and off for a while and that it needed to stop and that he was too afraid to tell the teacher for fear of making the bullying even worse.

I always tell my kids that if someone is bullying you, to ignore them, tell them to stop and go tell a person of authority. I have explained that these kids that bully in today’s schools do it to make themselves feel better, feel more important or are using the bullying as a way of bonding with another group of kids. We have a zero-tolerance policy on bullying in our house. I fully expect my kids to stand up to bullies and stand up for other kids that are being bullied. I know a lot of kids say that they don’t say anything because they do not want to lose their friends. Any “friend” who stops being a friend when someone does the right thing, is not really a friend to begin with. I know school is particularly hard on kids, so I am constantly telling my kids that they are valuable, they have self-worth, what’s on the inside is what counts, etc. They need to understand that the world does not revolve around what lunch table they sat at or who they hung out with a recess.

Bullying has become a national concern in our schools. We should never have to read about a student committing suicide to escape bullying. They should never feel like they have nowhere to turn and that suicide is the only option. In our school district, they not only have a zero-tolerance policy on bullying, but have started an anti-bullying program in an effort to provide kids with information on bullying and ways to stop it and how to intervene and help those that are being bullied. This is a step in the right direction, because we need to get the kids in schools more involved in combating bullying when they see it happening.

Parents also need to lay the groundwork for anti-bullying at home. Today’s kids have to realize that bullying is wrong and all it does is hurt people and cause pain. The kids in our schools are on the front lines so to speak, and are the best defense we have against bullying. 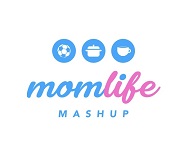