The Gives and Takes of Being Humble 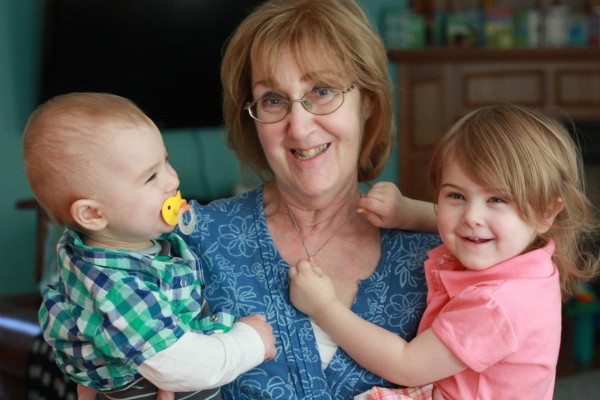 This is my mom, she was born the second oldest of nine children and spent much of her childhood moving from place to place as her family struggled with financial instability coupled with abuse at the hands of her adoptive father. Growing up, she thought a sandwich was two pieces of bread with one slice of meat and one slice of cheese - the first time she saw my father make a sandwich, she was shocked by the concept of more than the minimum. She can remember fun family outings clearly because they were so few and far between.

After marrying my father at the age of 18 she raised five children, often with my father working two jobs. She suffered the loss of two premature babies and multiple miscarriages. Living out in Ohio with no car of her own, she spent much of her time alone in a house with her first three children.

When I was in high school my father left her. My mother had basically no adult friends during her life as a parent and my father was her main source of adult interaction. Through this period of darkness, my mother also found herself. She became more involved in our local church and part of a large circle of friends that were compassionate, generous, and inviting. My mother has often performed quiet acts of kindness for strangers - leaving a basket of Christmas cookies and money anonymously at the door of a single parent, pushing a man in wheelchair through a subway station as others ignored his cries for help. I know of these (which I doubt the rest of her family and friends know), but I'm sure there are many more that she has kept to herself.

When I became a parent myself, I saw her with new eyes. How did she manage losing those babies and being alone all day with three young children in Ohio or after we moved to Massachusetts and she had two more children? She would casually refer to those years as a "working depression."

From a matured perspective I saw the beauty of her humble acts of compassion and the pain of her humble attitude toward her own needs. My mother helped people without seeking praise, but she also needed help at times without asking for it.

She often says to me, "I don't know how you got your sense of perspective and assertive personality - it certainly wasn't from me." But even I struggle with the same issues as she did. I remember vividly wetting my pants in kindergarten - waiting in line to use the bathroom and another girl asked to cut in front of me because she really had to go. I did, too, but was too shy to speak up for myself.

Growing up, I would often wish I had the courage to be the leader of a project, but would always wait to see if someone spoke up first - maybe they were smarter or better at leading than I was, I was afraid to make the assumption that I could actually do it.

My parents have been back together for nearly six years, and her needs have taken their rightfully deserved place in the front seat of their relationship,When she declines to babysit my kids because she has a massage appointment, I'm happy for her.

I see how my mother has treated herself - how I've treated myself at times and I strive to do better. I also see the merit of kindness without the need for applause. It takes purposeful thought and reflection and I am trying to teach my children to really think about themselves and others. We need to treat others with respect and compassion, and do the same for ourselves as best as we are able.

The Mama Bear Effect
> See my posts
> Visit my blog

I am a mama to three children and the founder of a fledgling nonprofit, The Mama Bear Effect, with the mission to educate and empower adults and children against sexual abuse.

Be brave and persevere
The Truth About Motherhood
Diary of a foster dad: I see my mother in my daughter's life
advertisement

Be brave and persevere
The Truth About Motherhood
Diary of a foster dad: I see my mother in my daughter's life