The Day I Learned to Say Yes to Myself

If you had met me 10 years ago, you would have had great things to say about me.

I was Ultimate Mom. 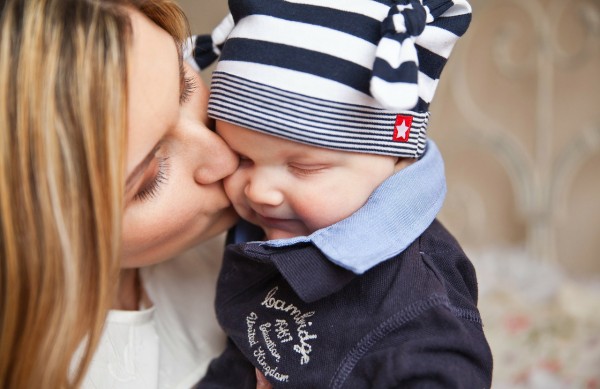 We had finished a year of providing foster care for highly needy one year old twins, a boy and girl. We were the 8th place they had lived during their 11 months of life. They were petrified, angry, and needy, needy, needy. The little girl was terrified of men, clinging to me and screaming if my husband even entered the room. The little boy was often sick, dazed, and out of sorts.

Both kids needed more love and attention than any one family could pour into them in three lifetimes.

When the broken foster care system reunified the babies with their highly dysfunctional birth family, it broke me, too.

The day I said goodbye to this little boy and girl, we sat with their mom on the floor stacking plastic blocks under and on top of an old laundry basket. When the babies realized I was standing up to leave and not gathering their diaper bags and gear because they were meant to stay without me, their demeanor changed immediately. They clung to me fiercely, wailing as their mom pried their baby-tight fingers off my shirt.

The babies felt I had betrayed them.

I quickly left, attempted to make it less painful, and fled down the two flights of rickety wooden steps to the parking lot.

At my car, I had to use my second hand to hold my shaking first hand steady to fit the key into the lock. I stumbled into the car as quickly as I could and slammed the door.

Even still I could hear the babies sobbing for me inside their apartment upstairs, while I cried for them sitting in my car in the parking lot below. The searing pain of that scene rattles me still.

The Brink of Exhaustion

I didn’t realize the depth of my grief and fully depleted exhaustion.

Our family took about a month off from any new foster care placements and my husband and I took a trip to Mexico for our 10 year wedding anniversary.

I felt the best way to move on was to help another child, so I called our placement agency and told them we were ready for another little one.

The warning signs of exhaustion were there: I was having unexplained stomach pains the doctor couldn’t diagnose. More than 100 pounds overweight, my weight continued to climb. Even my clothing in the highest sizes was getting tight, and regular stores didn’t carry sizes bigger even in the plus size section.

My husband was worried about me and how deeply I grieved after the twins left, so I hid my pain from him. I was afraid he would say we shouldn’t be foster parents anymore because I couldn’t handle it.

As devastating as it was, it was also my calling and I fully believed in the value of what we were doing. I knew we were making a difference and I was good at it.

A few weeks later, we received a call from our foster care agency and brought home our next child to love and protect. God knew, but we didn’t yet, this baby, Paul was going to stay forever.

Paul was born at just 25 weeks of age weighing not quite 2 pounds when he was born. He came to us at 5 months old and his needs were intense. Oxygen 24/7. Therapies: physical, occupational, speech, feeding. Surgeries. Doctor appointments every week. Medications. Leg braces.

I jumped into fully caring for, loving, and advocating for this child, but each day I was more sure it was necessary to make changes for myself.

I had my other children to care for and a husband to love. And what about my own life to live? Who the heck was I? The time had come to do something about this total giving up of myself or I was going to eat myself to a slow death in more ways than one.

Due to postpartum depression after the birth of each of my biological children, I had been in therapy several times in my life. Each time I had taken antidepressants and also attended therapy to work on improving my thought processes. I believed in the benefits of cognitive behavior therapy and knew that it works if you work it.

Yet I hadn’t delved deep enough to talk about my issues with food.

I called my insurance company to ask for a referral to a therapist who works with eating disorders. I told the consultant on the phone I was a compulsive overeater. I had never said those words out loud before.

The dark truth is there were times I wished I was anorexic instead of a compulsive overeater because at least people with that disorder could be thin. That is how warped my thinking was at the time.

The insurance consultant gave me a list of 5 therapists and I made phone calls. Some were not accepting patients. It was totally God’s provision that one therapist returned my call. We chatted for a few minutes, something clicked for me, and I set up an appointment with him for the following week.

How to Say Yes to Yourself

Anyone who has started a new diet knows the mixed feelings of nervousness and hope that ensue. Starting this therapy felt a little like that but on a whole new level. This wasn’t going to be some diet plan. This was going to be much more serious.

This was getting past the how and getting to the why.

I was excited. I was doubtful. I was terrified.

Would it, could it actually work?

I was going to find out.

Update: Through therapy, I went on to lose 100 pounds and have been maintaining that weight loss for the last 10 years. Read more of my story here.

Sara is a wife and mom to 5 kids by birth and special needs adoption, pastor's wife, and 100 pound weight loss success story. Find her at www.theholymess.com and her online fitness program for women, www.faithfulfinishlines.com.

The Day We Told Our Adopted Son About His Past
Little Warriors: The Fight for Life
Why did I go overseas to adopt? Because that's where my children were
advertisement

The Day We Told Our Adopted Son About His Past
Little Warriors: The Fight for Life
Why did I go overseas to adopt? Because that's where my children were