The Case For and Against Free-Range Parenting

Free range parenting is a parenting approach characterized primarily by a desire to give children as much personal freedom as possible as they develop. Historically, this approach is often considered to have been essentially the norm over many generations of parenting. It was put forward by Benjamin Spock, a noted and popular childhood 'expert' from the mid-1940s on, but it was an underlying strategy long before he became prominent.

The guiding principle in implementing this approach is the hope that giving a child the highest appropriate level of freedom in decision-making provides him/her with greater potential to grow into maturity. Being faced with decision-making responsibilities regarding personal character, relationships and conflicts in life is seen to be the best way for a child to develop maturity intrinsically. It is not that the appropriate expectations go unmentioned by parents in this approach to parenting. These principles are taught. But the children are given a broad range of personal liberty in implementing these guidelines themselves.

Some parents find themselves leaning in the opposite direction towards a big brother approach because it's so easy to keep an eye on kids all the time with technology. Especially when your child is an infant, a parents protective feelings are strongest and needed most. Instincts as a protector should fade when your child graduates from baby monitors and constant monitoring as they gain independence. There is a difference between parents tracking their child's every movement with an app and those who purchase security plans for protecting your home and loved ones. Several smart home systems include outdoor security cameras and panic alarms, allow parents to feel secure about the safety in their home.

It can be easily seen that both of these approaches are based upon meaningful parental concerns. In the long run, it seems to come down to which underlying value is viewed as the greater need for the children. Is it more important to protect them from unseen consequences of their choices, or might we not be stunting their development into genuine maturity by 'overprotecting them?' It is not an easy dilemma to solve.

Perhaps a cultural reality that presses upon all families might help in coming to a well-informed conclusion. When those who are parenting today were growing up, there were fewer direct threats to their safety and well-being than there are today. For example, something like this is often heard in conversations involving generations: "When I was growing up we used to go to bed with just the screen door latched, and all the windows open." Yet, few folks would consider such a seemingly foolish approach today. From terrorist threats to shootings in our schools, our culture daily becomes more threatening to our children.

Additionally, there are the insidious threats to our children's well-being posed by the digital age in which we are now living. A child can access the internet on his/her electronic device with ease. In fact, most children these days have become far more adept than most of their parents in using such devices. Children access social media platforms, only to find themselves the target of online predators posing as desirable 'others.' Tragically, many children have committed suicide in the aftermath of online bullying considered especially severe.

Keeping kids safe from these harsh realities, as well as numerous others, is a parental responsibility that cannot be overlooked. Changing cultural norms and realities demand that parents alter their implementation of whatever parenting strategy they may embrace. 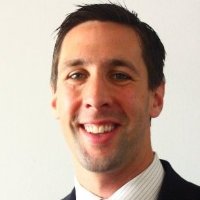