Children Of The Opiate Crisis: The Reality Behind Our Nation’s Epidemic 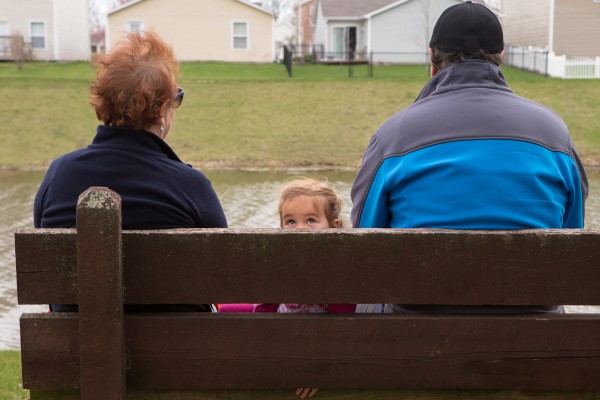 In July of 2017, the FDA announced that America’s opioid addiction was their biggest crisis on hand. An alarming jump in opioid-related deaths, up to over 59,000 in 2016 alone, is gripping the nation’s attention with lawmakers and government officials wondering what can be done to put a dent in this growing epidemic.

And while much of the attention is going to the addicts themselves, there’s another side of the story that needs to be told about the children of the epidemic.

Very few people haven’t seen the viral videos of children being around their parents while they use. From the children looking on from the backseat of the car to the heartbreaking videos of young kids trying to wake their overdosed parents up, the children of these addicts are silent victims.

Whether taken out of their parents’ custody officially or given to relatives or grandparents to raise, these children are forced to face the realities of life too soon. Having to grow up quickly is one thing, but these kids are being dealt cards that are setting them up for a much greater chance of failure in life.

According to Chris Chmielewski, the editor of the magazine Foster Focus, “Ultimately this epidemic creates an entirely new generation of foster youth. If past numbers are any indicator, those children are at a greater risk of becoming the next generation of opiate abusers. A vicious cycle.” And this cycle is something the nation needs to not only be aware of but also actively working to change.

In the United States alone, it is estimated that nearly half a million children will pass through the foster care system on any given day. With the average child spending two years in the system, with many spending several years, this system has been taxed for years.

The epidemic “is overwhelming many families and child welfare systems,” said Jaia Peterson Lent of Generations United, a Washington-based advocacy group co-founded by AARP, at a Special Committee on Aging hearing last March. “Suddenly [grandparents] are forced to navigate complex systems to help meet the … challenges of the children who come into their care, often after experiencing significant trauma.”

Unfortunately, it’s only getting worse.

Because of the opiate crisis, more children are entering the foster care system this year, their parents taken into custody, deemed unfit as parents. And while parents can earn their rights back, many are legally terminated, leaving their children permanently in the foster care system until they are adopted or until they have aged out at eighteen.

As the opiate crisis takes more children away from parents, these numbers will only increase.

The Promise of Drug Courts

While there need to be legal repercussions for those abusing opioids in our nation, putting them into the traditional system has proven again and again to be ineffective. When individuals with serious addictions are jailed, without receiving proper care and treatment, they are likely to fall back into their habits when released - with statistics showing that they are more likely to overdose after incarceration as well.

Many communities are developing Family Treatment Drug Courts (FTDCs), alternatively known as Dependency Drug Courts. FTDCs are an increasingly popular method of (a) meeting the requirements of ASFA and (b) enhancing the functional status and reunification success among families involved in child welfare and affected by substance use disorders.

After the nation’s cocaine epidemic three decades ago, drug courts began to pop up, putting addicts into a system that wasn’t just about incarceration. Instead, drug courts are designed to help addicts recover, giving them a better shot at a healthy life.

By implementing more drug courts around the nation, the United States can contribute to reducing the risk of convicted addicts becoming repeat offenders - and increase the chance of reuniting families.

Understanding America’s Foster Care System and 3 Things You Can Do Now to Help
The Problem With Foster Care
5 Foster Care Facts, and 55 Ways to Help
advertisement

Understanding America’s Foster Care System and 3 Things You Can Do Now to Help
The Problem With Foster Care
5 Foster Care Facts, and 55 Ways to Help