The big kid of the NICU 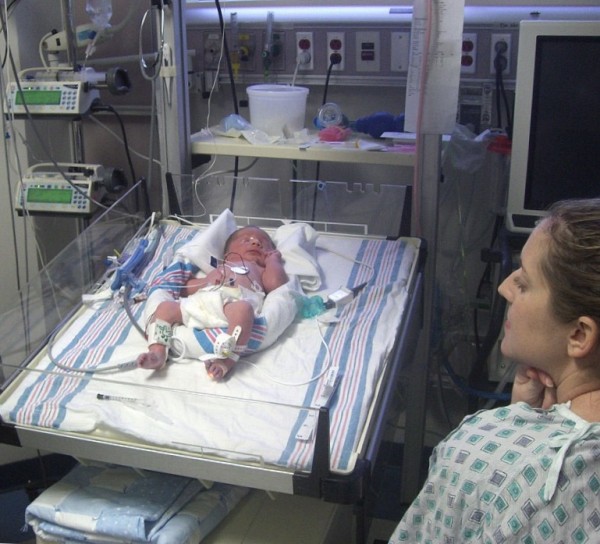 We had two months to go to get ready for our first child! We were still deciding on a crib, which room he would be in, which diapers were best. All we really had was what we had received from the baby showers.

It was March 2009 and we had just moved into a new neighborhood a few months prior. My husband Josh and I went on a triple date that evening to a Mexican restaurant with new neighborhood friends. Josh had too much tequila... I spent the dinner drooling at the looks of everyone else's heavenly scrumptious looking margaritas! We hung out for a couple more hours at my neighbor's house then walked home to go to sleep... such a fun night so neither one of us was prepared for what was about to happen.

I woke up in the middle of the night to a really odd feeling... was I wet? I went to the bathroom. Nothing was coming out, then sat on the toilet and GUSH...oh shit! JOSH JOSH I think my water just broke! Get my book! In his slightly drunken state he reaches over and checks to see if the mattress is soaked before doing anything. Really!?!

I was still reading "What to Expect When You are Expecting"... I hadn't moved onto books about what to expect AFTER the baby arrives! I skipped forward in the book and read that when your water breaks you need to get the baby out soon to avoid infection! We raced to the hospital and I'm told not to push. We have to keep him in..!?!. I get pumped full of steroids and magnesium sulfate. Have to keep him in at least 48 more hours they say as we need to put his lung development in over drive. After 24 hours I'm higher than a kite. Yeah that's not good... docs decide it's better to wean me off and let the baby come. They will treat him when he's out. My husband goes home to get some rest, I call him to come back a couple hours later. My contractions are too close...time to push.. dang it, my baby boy is sunny side up. Pushing and pushing and getting nowhere. Hours go by, I feel like I ran a marathon... so exhausted. Then finally he starts to come out. Just a few more pushes.... My room is filled with what seemed like 8 doctors and nurses from the NICU. One more push, out comes my boy and they swoop in, grab him and he's gone. Gone! I don't remember even hearing him cry. Just chaos. Then the OB and nurse still in the room say they thought they heard him cry down the hall but need to focus on me for a bit. Hours went by before I was wheeled to the other floor to see him. "DON'T touch him they say! He's finally stable..." so here I am, I'm not sure who snapped the picture. Probably Josh, maybe my nurse. But I couldn't hold him. Scared to touch him. I could only stare at him. So tiny, so many machines, so much noise. Now what??!! I wasn't prepared for this. I went back to the hospital room.

Lots of ups and downs emotionally. My son's veins were busted from all the IVs in his hands. They had to put an IV on top of his head. I lost it...I was told he was going to be in the NICU for awhile, all of the way until my due date in May. What!?! That's almost my whole maternity leave! Then two days later I was being discharge. How the hell am I supposed to leave and go home WITHOUT my baby!?! Tears lots of tears

But I went home and immediately came back. Came back every single day for the entire day. My son Nathan was born weighing 6 lbs 10 oz. ENORMOUS for a premature baby. In his pod he was easily twice the size of all the other babies. The other NICU mom's asking me why he's even there? He looks full term! He must have a heart problem? The nurses and chaplain nicknamed him "Bigfoot" I felt at times like he shouldn't be there, felt guilty that he was thriving and going to make it out of there before they said he would, when other babies around us weren't doing so well. But the reality was he did need to be there, he wasn't fully developed yet. The nurses kept telling me Nathan will stay for as long as he needs to and I need to look forward to taking him home as his mom, not as a nurse.

Almost three weeks of incubators, wires, beeping, staring, rocking, begging him to eat, pumping, and not getting much sleep... Finally he wasn't a helpless preemie anymore but a mature baby, my baby! and we were told he could go home!!!! Friend's of ours bought us a playpen for Nathan to sleep in in our room and we picked up some diapers. We were set...I had my baby boy home. The NICU nurses were amazing and taught me so much about how to care for him, I actually felt I had a clue. Just needed to know where's that book about What to Expect once you get home WITH your baby and no NICU nurses are around??? Also my son is 8 now... still looking for tips on how to get him to sleep through the night 😁! 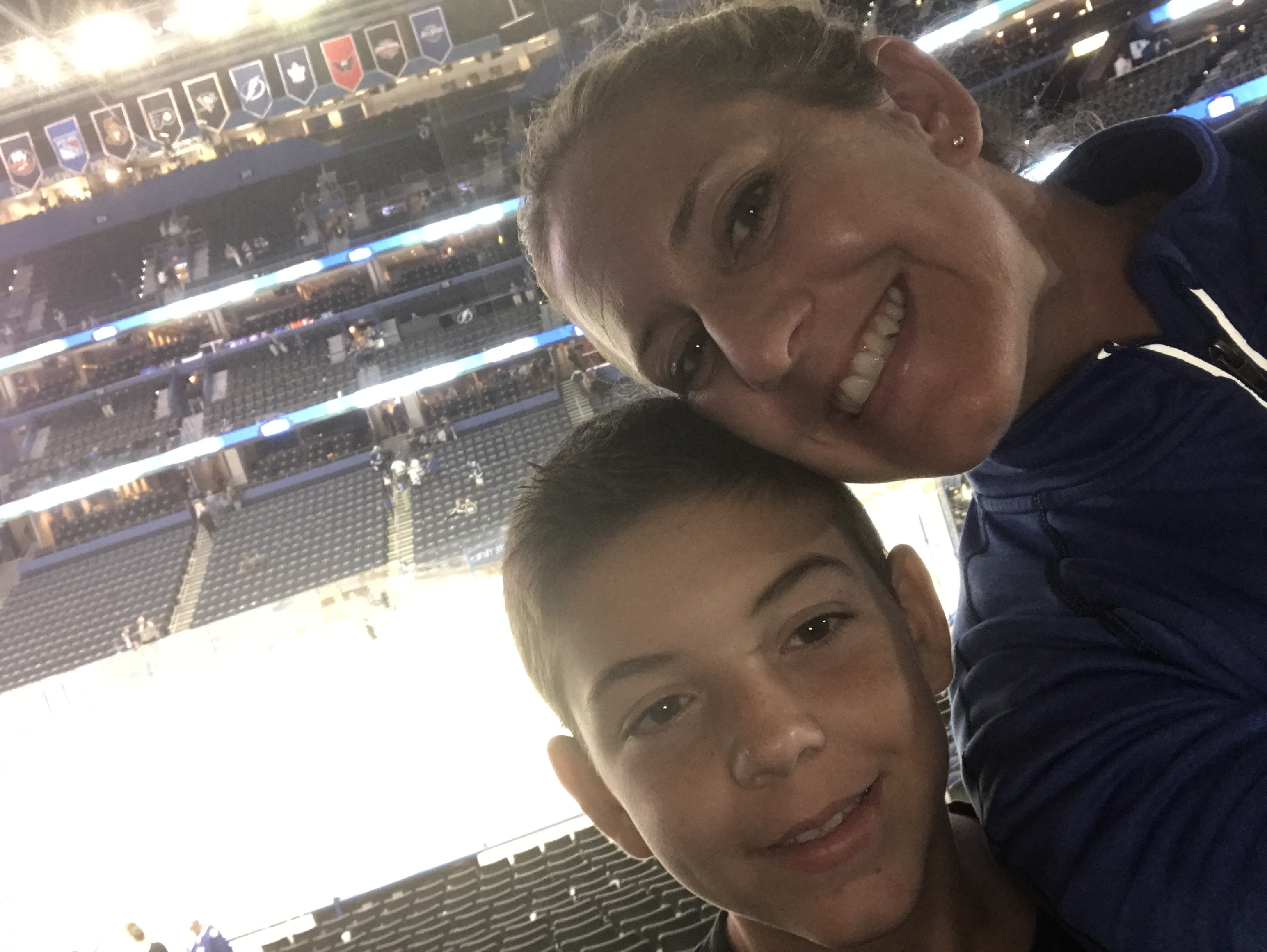 The unknown
My sweet Griffin will be six soon!
GCP
advertisement

The unknown
My sweet Griffin will be six soon!
GCP