The Adventures of Tim Laughingstock. A Fairy Tale. One.

This story is dedicated to anyone who believes in Pixies -- and believes in them having to pay taxes just like the rest of us.

The president of the Chamber of Merchants is Tim Laughingstock when our story begins. It’s an hereditary office -- old Tom Laughingstock had been president before Tim, and grandfather Aloysius Laughingstock was president when the lumdiddles first showed up. Aloysius fought the lumdiddle invasion by getting the town council to start building a new road into town. Because it is known by every half wit and necromancer that lumdiddles are one road at a time creatures. The New Road, so called, was still under construction when Tim took over as president. The villagers were assessed a New Road tax each year; the money was duly counted by the town council; a staff party for the town council employees and their families was held, which lasted ten days; and then there was no money left to buy building materials or pay a road crew. 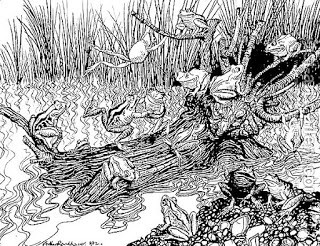 But a new mayor got elected and the town council found out too late that she was an honest nag. Council meetings became very unpleasant -- so unpleasant that many members stayed at home on Tuesday nights mending lard buckets instead of attending. When Mayor Hissy ran out of council members to call to account, she persecuted Tim Laughingstock in their stead.

Poor Tim was in his office, sitting at his desk, snoring gently after a good lunch of winking oysters poached in pimento wine, when the mayor burst in like a fireworks display to demand that Laughingstock take action.

“Either get the New Road built or clear the old road of lumdiddles!” she yelled at Tim, startling him into full wakefulness -- something that hadn’t occurred in nearly six years.

“I’m right on it” he replied automatically, waving a sheaf of papers in Mayor Hissy’s face. Waving papers is an artform that Tim is very good at -- it’s meant to placate angry officials.

“Very well” snorted the mayor, much placated. “Have the solution on my desk by sundown tomorrow or I’ll have the town council stop your salary and have your ears painted green!”

And she marched out like the Army of Prank.

“No more salary? Green ears? Hecuba on a half shell! I’m a goner” thought Tim to himself.

He glanced helplessly around his office. On one wall was a flyblown calendar -- last year's calendar, featuring the luminous paintings of pill bottles and pickle jars by Kincaid Fez. On another wall hung a ragged poster announcing the opening of the Meagerscope bobbit factory in town -- two-hundred bobbit bibbers needed immediately. William Portal himself had come to Mountebank to open the factory. That was back in the days before the lumdiddles. Long before Mayor Hissy. The bobbit factory was now shuttered and padlocked -- nothing inside it but owl dandruff and creeping chadwick.

In moments of great stress the president of the Chamber of Merchants always calls for his secretary, Miss Poodle. Miss Poodle has been the Chamber secretary for the past 75 years. She won’t retire until her pension kicks in at one hundred years.

“Miss Poodle” said Tim, “we must find a way to bring back the tourists so Mayor Hissy will not yell at me anymore. I want you to have a plan on my desk first thing tomorrow morning. That is all.”

“What do you want, Mr. Laughingstock?” she finally said.

“I said . . . oh, never mind what I said! I’ll have to come up with a plan or suffer the greening of my ears like any common snood sniffer!”

Miss Poodle blinked several more times, then turned around and left -- not like the Army of Prank; more like the Bog of Sluggery.

A man of simple tastes and direct action, Tim Laughingstock gathered up a sheaf of papers to cover his face while he resumed his siesta and dreamt about fishing. 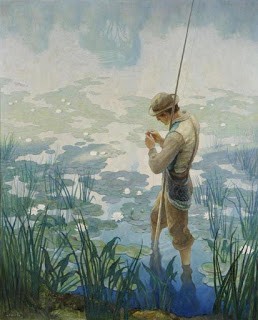 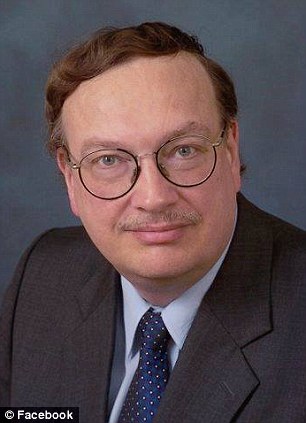 How This Daddy Went From Writing His Daughter A Song to Giving More During a Pandemic
The Unexpected Gift: How Motherhood Changed The Life of D.C. Deputy Mayor Courtney Snowden and Unexp...
The problem isn't autism: What my son and the Obamas taught me about fatherhood
advertisement

How This Daddy Went From Writing His Daughter A Song to Giving More During a Pandemic
The Unexpected Gift: How Motherhood Changed The Life of D.C. Deputy Mayor Courtney Snowden and Unexp...
The problem isn't autism: What my son and the Obamas taught me about fatherhood