The Unexpected Gift: How Motherhood Changed The Life of D.C. Deputy Mayor Courtney Snowden and Unexpectedly Helps Those She Serves

Published by Jake Rosenberg on January 16, 2018 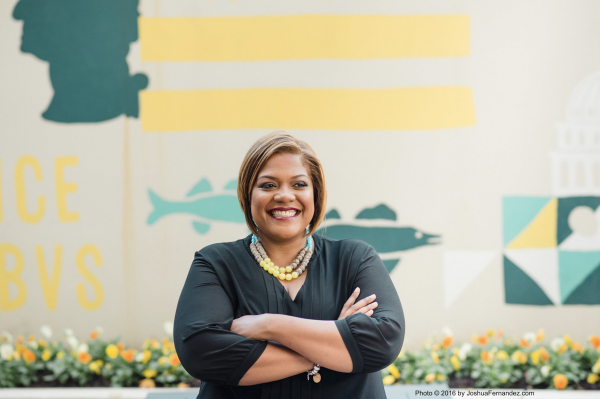 While many paths to parenthood play out over nine months, some women’s journeys see unexpected and inspiring twists. Take, for example, the story of Courtney Snowden. For the powerful Deputy Mayor in the nation’s capital city of Washington D.C., becoming a parent not only changed her life — but changed her life’s work.

Some seven-and-a-half years ago, motherhood was the farthest thing from Snowden’s mind. As an accomplished, high-flying — and childless — lobbyist and political strategist, soccer games and sleepovers were not in her immediate orbit. Instead, hers involved a constellation of concerns centered on helping bluechip clients birth big ideas; Google, MasterCard, Microsoft, AirBnB and General Electric being part of her portfolio as a Principal at the progressive public policy firm, The Raben Group.

But, as so often is the case, even the best laid course is no match for what is kismet. Though Snowden didn't know it, a baby boy was about to change her life forever.

The journey began, as fate so often does, several years prior. Snowden’s sister is a teacher. At one point, the teacher taught, and later befriended, a young woman. That young lady became pregnant at age 14. With a heavy dose of compassion, Snowden’s family took the girl in, caring for her for several years.

That young woman had a young nephew. His name: Malik.

“One day, I went to pick her up from her mom to take her back to my parents and Malik really wanted to come, and I couldn’t take him because I didn't have a car seat,” Snowden recalls. “That was a Wednesday.”

Witnessing Snowden and Malik’s unique bond, and likely sensing it offered a better life for the young boy, Malik’s family - including his mother and father - decided the boy would find a great home with Snowden. Snowden sensed the same. Eventually, she gained full physical and legal custody of Malik. 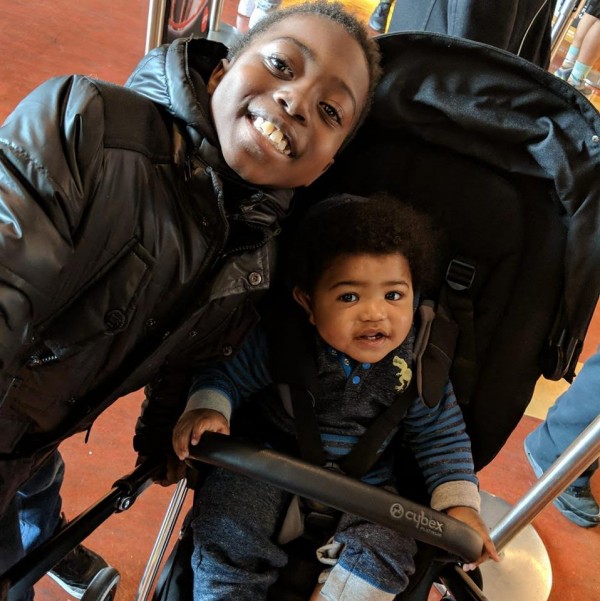 He was only 18-months old, an unexpected gift of fate for a happy new mother.

“It’s like the universe tapped me on my shoulder and said, ‘You have to take this child,’” Snowden fondly recalled. It was kismet, indeed.

Today, Malik is a thriving, well-adjusted 9-year-old. Though Snowden now has two sons, giving birth to Maxwell in early 2017, the Deputy Mayor is clear on the profound impact motherhood has had on her. She explained how becoming a mom made her an even more passionate professional and, eventually, appointed city official.

“All of that good work that I did in a corporate space and all of that learning became very, very real with respect to how you move a city and policy forward for the least among us. I’d worked with some of the most powerful members of Congress, and in the corporate sector, but hadn’t taken those skills and applied it to the community that created me in D.C.,” Snowden said. “And so, when Malik came into my life, all of that changed.”

Snowden continued: “First, I realized I couldn’t take all of his siblings or every single kid that needed a good home. But what I could do is get in local government and figure out how we expand economic opportunities for District residents who made the city great. But, more importantly, how they actually get to benefit from the

prosperity and improve their lives in a meaningful way.”

In 2014, Snowden ran for a City Council seat. She lost. Yet there was still a triumph.

“When I didn’t win it was devastating,” she said. “But it turned out I was running for the job I actually really wanted — which was this Deputy Mayor position.”

It’s a role perfectly suited to her experience, talents, and gravitas. And yet her title of “Mom” also has positive bearing on her title as “Deputy Mayor.” While, by her own admission, she can’t adopt every child, Snowden is passionate about helping all the other children like Malik, and their families.

From her perch, she has made a difference. Snowden is instrumental in driving a wave of positive change sweeping through the nation’s capital. Like a proud mother, Snowden beams at knowing that investment throughout the city, in all its wards, is creating opportunities for the nameless masses.

“The headline for me is that I have been able to take all of my professional experiences, and some of my most profound personal experiences, and turn them into a perfect opportunity to support the people that I care about, most of whom are often forgotten,” Snowden said.

I am an entrepreneur and graduate of the University of Massachusetts for my undergraduate degree and the University of Connecticut for my MBA. I have worked in the business world and in government for the past thirty years and am married with two children.

How I helped my short daughter overcome height discrimination
The Adventures of Tim Laughingstock. A Fairy Tale. One.
The power of new traditions (when your child has special needs)
advertisement

How I helped my short daughter overcome height discrimination
The Adventures of Tim Laughingstock. A Fairy Tale. One.
The power of new traditions (when your child has special needs)