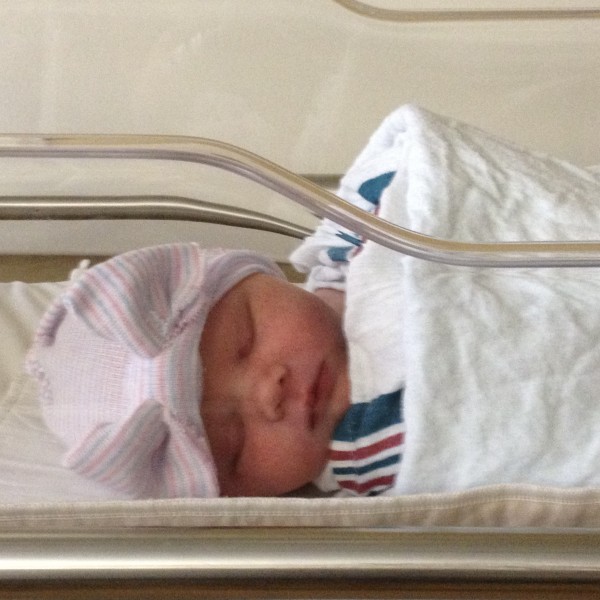 June Corley Jessee was born ten years ago today, on Sunday, April 29, 2012, at 6:28pm. She was 8 pounds, 9 ounces and 21.25 inches of pure love. As with any mother, June’s first few moments in this world are forever imprinted in my brain. I remember the relief and joy I felt as the doctor placed her on my stomach and how I grabbed her closely in my arms.

“There she is,” I said to no one and everyone in the room – “my sweet baby girl. I’ve been waiting for you.”

I remember the sound of her first cry. It was loud, feisty, with a slight tremble making it adorable, precious, and a little amusing. And I remember how proud and happy my husband was as he cut the umbilical cord. The nurse took his picture as he did it, and I don’t think I’ve seen that same smile on his face since. It was an unguarded smile, one that couldn’t imagine the pain that lay ahead of us - it hadn’t been beaten by the realities of life and loss. Matt beamed as he told me her weight and height.

We felt blessed as we looked into her beautiful blue, almond-shaped eyes. It was by far the most monumental day of my life. As I look back ten years later, I see it also as the day the old me died and as the new me took my first breaths alongside my sweet baby June.

If you’ve been reading this blog for the past year, you know the heartbreak that followed for our family the very next day. It wasn’t a catastrophic event. June failed the newborn hearing screening, but it was the first hint of devastation and maybe the hardest one for me to stomach. I’ve learned that tragedy isn’t always a single incident but can happen prick by prick over years in small moments and encounters. Only when looking back, can you see the massive gash oozing with loss and despair.

Shortly after failing the newborn hearing screening, we learned June had infantile spasms, a terrible seizure disorder with a poor prognosis. Then, a few months later, vision impairment and kidney problems. Next, she developed feeding issues, bowel troubles, and more. Little by little, one by one, her health mysteriously deteriorated until she died two months shy of her fourth birthday, in my arms, surrounded by her dad and baby brother.

It’s difficult for me to pinpoint exactly how I’ve changed in these ten years; I just feel different. When I look at pictures of me before June, I feel like I’m looking at an old acquaintance I’ve lost touch with and… I don’t feel too upset about it. I was emotionally immature. I think we all are at times, but there was a lot I needed to work through. Before June, I hadn’t felt strong enough to face my pain. I was overly concerned about appearances and what others thought of me, and I was completely unaware of my triggers, how I reacted to them, and how my reactions affected those around me. In short, I was a victim in the stories I told myself about my life thus far.

I wasn’t all bad pre-June. There are parts of me that I remember fondly, too. I was fun, adventurous, and unaware of the dangers in the world. I could be sweet with a hint of sass and funny without realizing it. I was a good friend, most of the time anyway, and really cared about people and helping out in the world. But I definitely had my fair share of cringe-worthy moments I’d rather forget. I was probably like a lot of women in my mid-to-late twenties, although I am always in awe of younger women I meet now who seem so wise and grounded in who they are when I definitely wasn’t at their age.

June gave me the courage to be who I was always meant to be. She was the catalyst for my transformation. Because of her, I started writing a blog about her health to update family and friends, but that turned into an artistic outlet for me. I always wanted to write before, but I was self-conscious and afraid of criticism. I couldn’t even try to make my life seem perfect anymore because it was so obviously not. My time with June helped me embrace the complexities of life. There is something freeing in not having to pretend to have it all.

Letting your child die is the hardest thing a parent could ever do, and in caring for June I realized I am strong, brave, and courageous. If I could get through that, I could face the pain from which I had been hiding. In therapy I worked on my grief of losing June, but also on myself and past trauma I had been holding onto. June made me someone who treasures life and the people in it, especially my boys. I know I would not have enjoyed them as much as I have if it were not for her. Every milestone was a miracle, and the hard stuff in typical parenting in the early years didn’t feel too bad. She gave me the gift of perspective, and it has served me during many difficult days.

I know this may come as a shock to some, but I feel fortunate in many ways. I am authentically me (for the most part), living my purpose and treasuring each day with my loved ones. I don’t know that I would be leading this life if June hadn’t been born with a severe neurological disorder. I do not mean to imply that my transformation is worth June’s suffering because it is not. I have many days where I dream of what could have been and what we would be doing if it all had been different. I yearn for those days, that alternate universe of a life. But, since things did unfold as they did, I’m relishing in all I learned from her and how I am a better person because of June. I may be the luckiest unlucky person alive.

When June was almost a year old, I posted this quote on Facebook:

“Motherhood is about raising and celebrating the child you have, not the child you thought you would have. It's about understanding that he is exactly the person he is supposed to be. And that, if you're lucky, he just might be the teacher who turns you into the person you are supposed to be.”― Joan Ryan, The Water Giver: The Story of a Mother, a Son, and Their Second Chance

I remember posting this quote because it was so eye-opening to me. By sharing it, I was starting to accept our circumstances. I realized that I had a choice: I could learn and grow from June or stand still. I’m glad I chose to let her teach me how to be who I was always meant to be. So, on June’s birthday, I’m missing her with every ounce of my being, of course. I always will. But I’m also celebrating the new life she gave me, and that is something even death can’t take away from me.

Happy Birthday sweet baby June. I carry you with me everywhere I go and in everything I do. Mommy loves you.

Shattered dreams: Life without June on her 9th birthday
Connected by courage
Other People's Losses
advertisement

Shattered dreams: Life without June on her 9th birthday
Connected by courage
Other People's Losses