Shattered dreams: Life without June on her 9th birthday 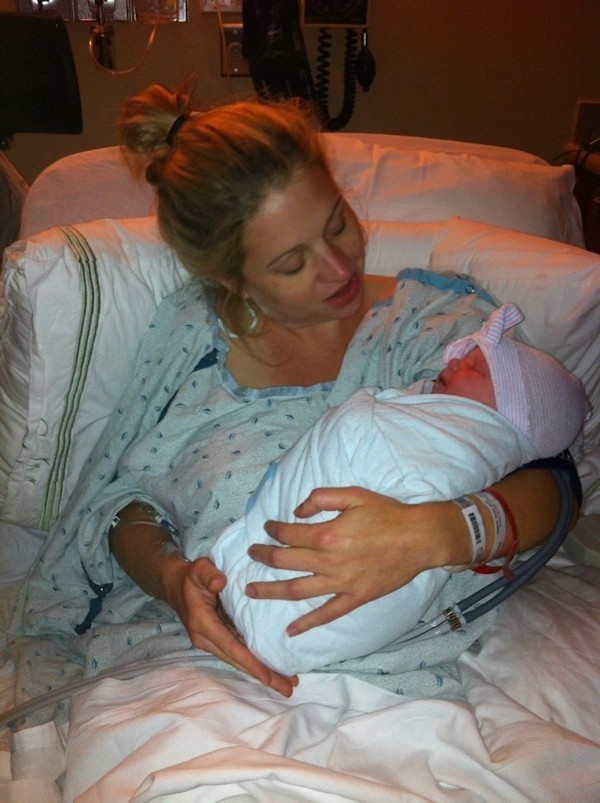 There are two days every year that I want to sleep through: June’s birthday and her death day. The days themselves aren’t too bad, but the anticipation leading up to them is grueling. If I knew I could just skip them, maybe it would be better? Who knows? This year in anticipation of June’s death day, I wrote a blog post about how we let her die naturally, and that was healing, more so than I ever could have imagined. Spending the time to reflect on her death and share it with the world supported me through that day and beyond. It got all the memories and feelings out of my head and into the open. Writing is a bit like a puzzle to me: I have all these thoughts running through my head and putting them on paper and moving them around to make sense of it in some way feels good.

Now, June’s birthday is tomorrow, April 29, and I’ve had this same sense of wanting to write about the day and its meaning to me. The day has always been difficult, even when June was alive…especially when she was alive. When June was here, celebrating her birthday felt forced. “Happy Birthday!” felt aggressive. The sentiment just didn’t mesh with how I felt. Of course, we loved June beyond measure, were thankful for her, and wanted to celebrate her and the joy she brought to our lives. But, I didn’t feel happy. Another trip around the sun didn’t come with the exciting changes most parents experience. We didn’t witness the types of growth and development I’ve seen each year with my two boys, George and Peter. June’s birthday was a reminder of what hadn’t happened and what was supposed to have changed, but hadn’t. I didn’t look back at the year with wonder and awe about where the time had gone. If anything, each day had felt so long; we felt frozen in time.

I miss June, of course, but this year I have been wondering if I am longing for June or the idea of June? If she were alive her quality of life would be miserable. I certainly don’t want that, so when I say I want June back, what does that mean? How could I want June back if the only way she could be here as she was would mean living in pain? This grief of missing June is complex and confusing.

This birthday, I think I miss my dreams for June most of all. I long for what could have been if things were different, if June were a healthy, vibrant third grader. Would she boss around her brothers and keep them in line? I like to think so. I imagine them adoring her and hanging on her every word. Last year during quarantine, I wondered if June would be playing teacher with George and Peter as her lively pupils. Would she play tennis with her Daddy? Would she and I go on mother/daughter walks to get some time away from the boys? Would we get our nails done in matching colors side-by-side at the salon? You see, when June received one diagnosis after another, we lost our hopes for June little by little, and I lost the wish of a daughter I always wanted to have.

Nine years later, I still have a difficult time thinking about the night June was born. I rarely look at pictures of me with June during the first few hours of her life. When I do, I feel an overwhelming sense of sorrow. I was so blissfully unaware of what was in store for her…for us, and in those photos all I see are shattered dreams. I look at myself with June in my arms. I look so happy and calm. I look at me pre first-sign-something-might-be-wrong, and think, You have no idea what is about to happen. I also have a strong sense of wanting to shield my younger self, Matt, and June from what is coming. It’s like watching a scary movie and knowing what’s on the other side of the door, but the poor, innocent protagonist is clueless. I want to scream at myself, “Take June and run!” Of course, I know running out of the hospital with my newborn baby wouldn’t change anything about her diagnoses, but a few more delightful hours would have been nice.

Earlier this month as I was planning what I was going to write for April’s Blog post, the thoughts above were swarming around in my head, and I felt sad. I thought about the fact that my daughter and I would never have the relationship I wanted and there will be things I never get to do with her. This is true whether she was alive or dead, and it has been something I’ve been grieving in bite size pieces since I learned she failed the newborn hearing screening at the hospital until about a year ago when we realized we won’t have another daughter.

During this time, I was texting with a close friend when I was overwhelmed with emotion. I texted, "I miss June so much right now.” I felt tears slide down my cheeks as I thought about how badly I wished she were here and went into my office because I didn't want Matt and the boys to see me crying. I texted my friend back, "I wish I had a living daughter."

I wonder if she thought it was odd that I texted that because I imagine it felt like it came from out of the blue, but she didn’t miss a beat when she responded “I wish you did too. What would she be doing right now?”

This prompted more tears, but cathartic tears. I hadn't cried about June in a really long time and it can feel good to cry. I thought about her question, “Oh, I don’t know,” I texted back. “She’d be in third grade...I just wish she was born healthy. I just always wanted to be a girl mom and raise a strong, confident woman and to have that special relationship.”

“I think you did raise a strong June,” She texted back. “But she wasn’t here nearly long enough. I wish you could raise your daughter.”

“Thank you.” I responded, feeling incredibly lucky that I have such an amazing friend.

“It must be really hard to not get to experience those things with her..I am so sorry the heartbreak just keeps going.”

Her last text, and all of it, really, was a beautiful response, and exactly what I needed. I thought I was done crying, so I put my phone down on the table beside the rose pink couch I was lounging on and left my office to help Matt get the boys ready for bed.

George was in his room lying in his bed playing with the eyes of his sheep clock, Sam, while taking a sip of water from his Disney Cars water bottle. I sat down on the edge of his bed beside his feet, and I rubbed his back. He was talking about peregrine falcons and listing off facts he had learned on Wild Kratts, and tears continued to fall out of my eyes. Get it together, I thought. George paused and looked at me, and pushed himself up to sit, “Are you crying?” He asked, very calmly.

“Yes,” I said, rubbing my eyes with my fingers, trying to quickly wipe away my tears. “I am just thinking about June and feeling a little sad; it happens.”

“I’ve never seen you cry about June,” he said, sounding a bit confused.

“That’s how I felt about Jesus dying,” he said. My heart just about melted. Easter was a few weeks ago, and he had learned about Jesus dying on the cross. He was trying to relate to me and my suffering. “Maybe she’s right here with us, Mom, watching you?” I wiped my eyes again. I was now crying sentimental tears at how sweet and thoughtful George is.

“I think she is here with us.” Just as I said that, Peter came into the room carrying a terry cloth photo book for babies. Our nanny gave it to me after June died, and we filled it with photos of June for George so he could remember his sister after she died. Peter played with it too, but we hadn't looked at it in a while. Peter must have overheard us talking about June and hearing me say I was sad. He placed it on my lap and said, “Here, Mom,” in his sweet, raspy voice. Again my heart burst.

“We can have cake on her birthday. Does that make you happy, Mom?” Peter asked as I snuggled him close.

As I put the boys to bed, I thought about how connected we are. I thought about George and how he responded to my pain in a supportive way and how he tried to relate to me so that he could understand. I thought about Peter and how he brought me the photos of June. Neither of them tried to stop my tears or make me think of something else but to support me through the challenging moment. I may not have a living daughter, but if it is the deep connection I am after with my child, I sure do have it with these two boys.

I will always be sad that I don’t have a living daughter. Certain life events will make that fact sting a little more. I always wanted to raise a strong, confident, independent girl who would go on to do amazing things in life. I think that dream is realizing itself in just a different way. June has changed me, she has changed her family, and her story is making a difference in many ways. She was so strong and so brave. And I am proud to be raising two sweet and compassionate boys who will treat other people well, especially when they are suffering.

My bravest time: Letting June die
She Made Me Better
My Family is Like Everyone Else's, Except When it's Not
advertisement

My bravest time: Letting June die
She Made Me Better
My Family is Like Everyone Else's, Except When it's Not