Teaching Our Girls About Friendship

Published by Lisa Sadikman on November 9, 2015

My daughter attends a small, private school. She’s known most of the kids in her class since kindergarten and even one or two since preschool. While they’re not all close friends, there isn’t much overt bullying going on. The teasing and undermining is much more subtle than that.

At the beginning of 7th grade, I began hearing from my daughter about some of the comments zinging around the class, most often among the girls. They go something like this:

“Why are you wearing those leggings?”

“What is that smell? Don’t you use deodorant? Gross.”

These comments are made in a derisive tone, well within earshot of others – in the classroom before everyone’s settled, in the hallways while switching classes, in a small group at lunchtime. It’s bad enough being called out publicly about bodily functions and personal fashion choices, but what breaks my heart is that my daughter, who occasionally has been the target of these careless words, considers some of the commenters her friends.

Which makes me wonder: do our girls really know what it means to be a friend?

I think back to when my daughter was young and I supervised her little girl play dates. When there was bickering over who got to play with what toy first, I helped the girls take turns. If someone used unkind words, we talked about hurt feelings and how we could say what we needed to say in a nicer way. We practiced sharing. There was no screen time. Two hours and a bowl of Goldfish later, the little ones would smile and hug each other goodbye. Easy. Simple.

Now my daughter and her friends don’t have play dates; they hang out. They ask to be dropped off at Starbucks. They squirrel themselves away in her bedroom, whispering and giggling. They share their lives through Instagram, Snapchat and grammatically incorrect texts full of emoticons and acronyms. As a parent, I’m mostly on the sidelines — available but rarely called on. The opportunity to help her navigate relationships in real time is so limited, yet it feels like this is when she needs the most guidance.

Middle school is a time of tremendous change and increased demands for our daughters: breakouts, boobs, periods, crushes, school dances, fear of missing out, fear of being left out, constant connectivity through technology, more rigorous homework, more challenging classwork, plus an array of after school activities. It’s a lot to handle. At home, my daughter gets a lot of love and support and a fair amount of structure, but I know she’s relying more and more on her peers for direction as she begins to piece together who she is and what she’s all about. When I hear about this lack of compassion among the girls in her class, it makes me think it’s time for us to step back in to their social lives – even if they don’t like it, even if it’s awkward.

Teaching our girls not to bully and to speak up when they see or hear one person being unkind to another is the first step, but we have to do more than that. We have to teach our girls to build each other up everyday. A true friend will offer support instead of giving in to jealousy. She will say yes instead of no, awesome instead of lame. She will pull you aside in private to let you know something that might be embarrassing, not call you out in front of the class. She will listen to you with an open heart. You might be competitive with each other, but that competition is inspiring instead of mean-spirited. You instill confidence in each other. You accept each other’s differences and champion each other’s creativity. In a true friendship, you choose compassion over judgment. Our girls should not settle for less.

I don’t think this kind of behavior is atypical for the age, but that doesn’t make it okay. I don’t think my daughter’s never said a careless or inconsiderate word to a peer or a friend. I don’t expect her to like or get along with everyone she meets and vice versa. To those people I tell her, at the very least, do not be unkind. If that means saying nothing at all, then say nothing. What I want her to understand is how to be a good friend, how to recognize friendship in others and how to disengage with girls who undercut her confidence.

Girls don’t need to tear each other down – there are plenty of other people in this world who will do that for them. Instead, I want to encourage my daughter and her friends to be each other’s biggest fans, to believe in the power and beauty of friendship and to start with compassion.

Lisa Sadikman is a writer living in Northern California with her husband and three girls. Her writing has appeared in The Huffington Post, Scary Mommy, Club Mid, Brain, Child Magazine, Mamalode and others. You can read more about her adventures parenting a teen, a tween and a preschooler, managing marriage and living a grown up life on her blog, Flingo where this post originally appeared. 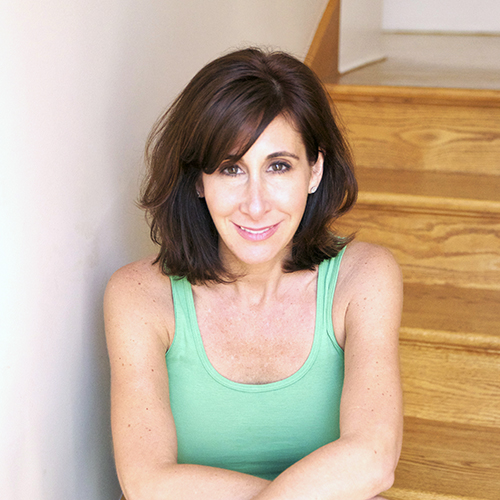 Lisa is a writer and mom to three girls. She loves coffee, James Bond and embarrassing her kids by rockin’ out to alt-80s tunes in public whenever she can.

Can You Be Kind, Caring and Cool?
Why We Need To Make Kindness a Top Priority in Parenting
2016 The Year of Compliments
advertisement

Can You Be Kind, Caring and Cool?
Why We Need To Make Kindness a Top Priority in Parenting
2016 The Year of Compliments