Published by Heidi Chandler on October 24, 2016 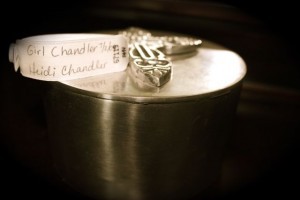 My daughter Avery would have turned eight this past July. She'd be nine weeks into life as a third grader. I would no doubt be frantically running around, completely occupied with ballet lessons and shopping for frilly dresses and packing Queen Elsa lunchboxes and making pretty pink bows to clip in her long brown hair.

But Avery was stillborn three weeks before her due date. My daughter's ashes sit in an urn in my bedroom, a little silver container from Hobby Lobby that gets a kiss every morning and every night. The pathologist's report labeled the cause of death "asphyxia due to a tight nuchal cord," which, to put it bluntly, means my daughter was strangled by her own umbilical cord.

Losing Avery was devastating. I had a healthy, active pregnancy. Everything was perfect. I couldn't understand how my body had failed me - how my body had failed Avery. My world shattered into a million pieces, and the beautiful future I'd envisioned for our soon-to-be family of three became a bleak, desolate landscape of two. I'm generally a happy person, but for a very long time I was a lonely, depressed, guilt-ridden mess.

Stillbirth is horribly unfair. You are given the most incredible gift in the world only to have it taken away in a literal heartbeat. There are so many unanswered questions, so many what-ifs. It's also something so archaic, so 18th Century, a thing that shouldn't be possible in this age of medical miracles. Yet it still happens, and it happens a lot, nearly 30,000 times each year in the United States alone.

Stillbirth took my daughter, and it was a heartbreaking journey. I allowed myself time to grieve, but I didn't let stillbirth take my future.

My oldest son just turned seven this past July. He's nine weeks into life as a second grader. I'm frantically running around, completely occupied with baseball games and shopping for khaki shorts and packing Batman lunchboxes and convincing him to comb his thick brown hair.

My youngest son just turned five, and he keeps trying to convince me he's ready to be a second grader, too.

People often say that time goes by in a blink of an eye, but I know exactly how I got here. Right after we lost Avery, I knew that if I didn't try for another baby soon, I would never have the courage to try again. I was pregnant a month after my doctor gave me the green light, and 385 days after Avery's birth/death, I delivered my son, Carter.

Carter didn't magically cure my grief. He didn't miraculously fill the hole that Avery left behind. There were concerns about me having Carter before I "got over" my daughter, and in truth there were moments where Avery dominated my thoughts. There were many nights when, overcome by hormones and exhaustion, I looked into my son's newborn face and saw my daughter staring back at me. There were times that I sobbed hysterically because I had to dress my baby in a blue onesie instead of one of the pink ones tucked away in a storage closet. It wasn't an easy time, but I don't think it would have been any easier had I waited five years. Stillbirth isn't something you just "get over." It's something you learn to live with, an invisible scar that represents both misery and strength.

Carter didn't replace Avery, but he gave me hope. He renewed my faith in miracles and my faith in myself. His sticky fingers and chubby thighs made me smile, and, like the story of The Grinch, my scarred heart grew three sizes. By the time I had my second son two years later, I was finally able to breathe, to accept my story as it was written and be happy with both the laughter and the tears.

Today I can honestly say I'm at peace with losing my daughter. That doesn't mean I don't miss her or think about how my life would have been different had she lived. It doesn't mean I don't cry or feel that pang in my soul when oblivious people ask me if my husband and I are going to "try for a girl." It simply means that I've grown to accept that life is often unfair, but there is beauty in the madness.

In her short life Avery gave me many things. She gave me clarity about myself that I didn't have before, and she made me stronger than I ever knew I could be. She gave me the courage to quit my day job and follow my lifelong dream of being a writer. She gave me the gift of appreciating every sunrise, every snowstorm, every inexplicably beautiful thing that reveals how precious life really is. But most importantly, Avery gave me her brothers, two little boys that give me dandelion bouquets and tell me I'm pretty every morning, two little boys that are lucky to have Avery for a sister.

Eight years ago I didn't know if I'd ever be happy again. I couldn't fathom feeling normal or waking in the morning without an onslaught of sadness and guilt. It may seem impossible when you're stranded in the vast sea of loss, but there is life after stillbirth - a wonderful life, even. It takes patience, courage, and love, but brighter days do come. 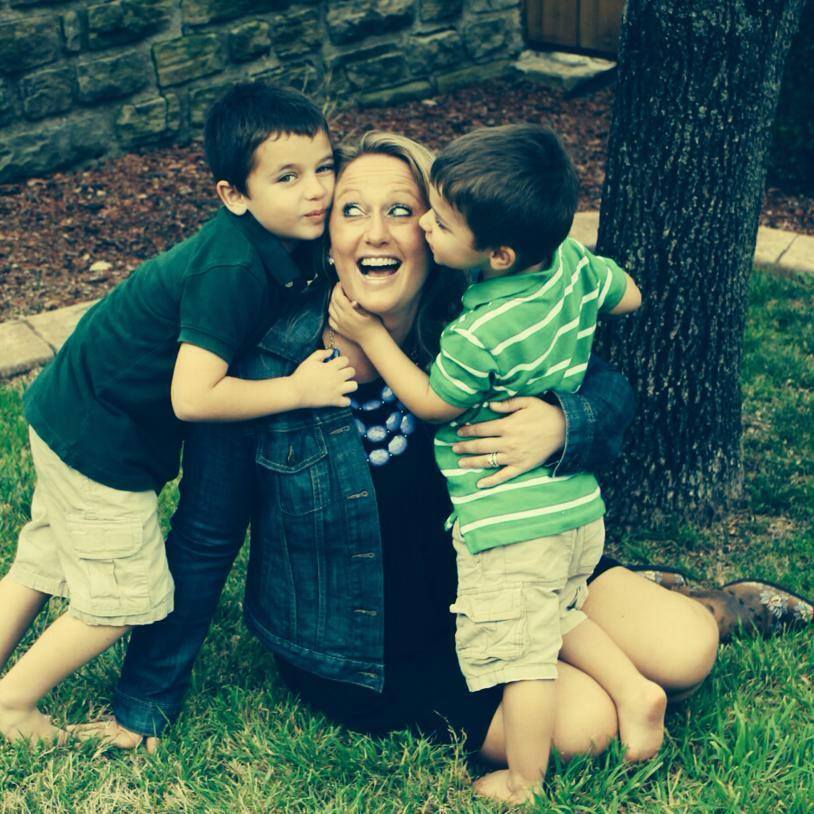 Heidi Chandler is the author of the awarding-winning memoir Holding Avery. She's also a mom, wife, and taco-loving runner who loves life on this crazy spinning rock we call Earth.

C-Section: Mine stands for Courage
Lesson From My Mom: Never Say Nevermind
Mom Says What Incident in First Grade That Profoundly Changed your Child Life
advertisement

C-Section: Mine stands for Courage
Lesson From My Mom: Never Say Nevermind
Mom Says What Incident in First Grade That Profoundly Changed your Child Life