Published by Stepping Stories on April 27, 2015 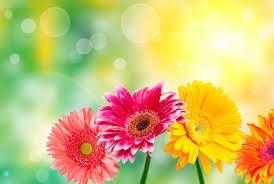 The best life lesson I learned from my mother was to never say “nevermind.” My mother was the most patient, tolerant mother imaginable. She let me do almost everything I wanted and be whoever I felt like being. My mother let me do contact karate, resell Bazooka bubble gum on a New York City street corner and miss school in fifth grade to see a Human Rights Now! concert for which I had won tickets. The one thing that my mother never let me do was to say something to her and then say “nevermind.”

My mom lost most of her hearing from having measles as an infant. Growing up in the 50s and 60s, she did not have access to many resources. She worked hard and did very well in school, but often felt isolated from her friends and even her family because of her hearing loss. Now a highly successful professional, with state-of-the-art hearing aids and the respect that she always deserved, my mom wouldn’t stand for my mumbling something and then saying “nevermind" because I didn't think it was worth repeating. Everything I said was important to her and, despite her hearing loss, she insisted upon hearing every word.

That one nuance of our relationship taught me so much. It taught me that no matter how flexible and understanding my mom might be, there are things she would not tolerate. It made me realize how strong she was to have suffered through a childhood of silence and come out on top. Now, as a mother myself, it has helped me realize how vital it is to really listen to and hear what my son is saying and to treat his thoughts and words with the same significance that my mom gave to mine. From mother to daughter to son, and in all relationships, the need to be heard and understood is one of the most basic. I try to give that to my son every day and hope that he will pass it on.