So God Made TARGET

Published by jthreeNMe on September 6, 2018 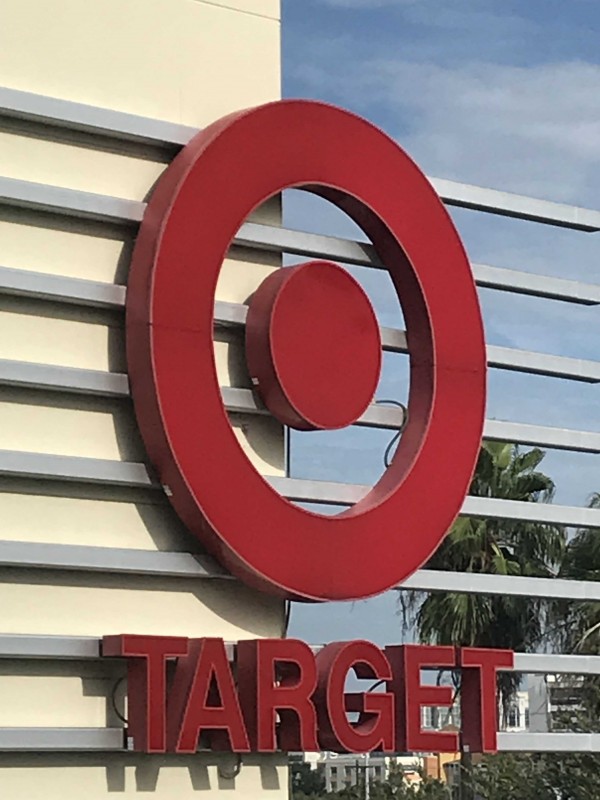 And on the seventh day, God made Target.

I should have paid more attention in religion class.

Good thing God knows that I love Him and I surely know that He loves me (and my humor).

Since my version is all I can recite, we will go with that; just be sure to take it as the “word of Nicole” not the “Word of God.”

So, why then, did the BIG GUY create Target?

Sadly, He didn’t, but He did create the man that created Target. Actually, that man’s mother created him, but you see where I’m going with this, right?

According to Wikipedia (the busy stay-at-home-mom’s encyclopedia), “John F. Geisse developed the concept of upscale discount retailing”. Then, on May 1, 1962, George D. Dayton and the Dayton Company — a multimillion-dollar business which started as a dry goods company in 1903 — “using Geisse’s concepts, opened its first Target discount store” located in Minnesota.

I don’t know of course, but I suspect that Mr. Dayton had an intuition; maybe one he likely didn’t even take note of, that a place, later to be dressed in red, would (or could) become a retreat for over-expended and exhausted mothers. These beautiful, selfless, and exhausted creatures seeking actual necessities, and those desires less spoken about like personal sanctum, contentment, repose, and when craved, idle chatter and a hot latte.

What is it about the bullseye, introduced around approximately 1999 (but don’t trust me on that ’cause as I write this it’s almost 10 pm, and in mom time, that’s fudgin’ late) that has continued to lure us mothers in through the present day?

Could it be that according to Target’s website, George D. Dayton cared about “promoting the welfare of mankind,” as evidenced by him founding the Dayton-Hudson Foundation in 1969, which later became the Target Foundation in 2000?

Who else do we know that regularly promotes the welfare of humankind by birthing members of it and then loving them for the rest of their life?

And according to Target’s website, Mr. Dayton believed (and I’m paraphrasing here) that for individuals to be useful and valuable to society, they must conduct themselves in a way that promotes the betterment of others and the world as a whole.

Isn’t that pretty much the same perspective that us unconditionally loving mothers try to impart on our impressionable and ready-to-soak-it-all-in children?

No wonder I enjoy supporting the late-Mr. Dayton’s dream by spending all my freakin’ money at Target.

Do you know how else Target is like the mother of all mothers? Back in 1946, when it was still The Dayton Company, “it established the practice of giving 5 percent of pretax profits back to the community” and became “the second American company to establish a preset amount of annual giving”.

Who else is very giving? YES! You know this — MOTHERS.

Then, in 1962 (okay so it wasn’t the seventh day, oops) Target was born and so was what forever will be every mom’s best friend and ally. When Target was birthed, it was noted that its purpose was to be “a store you can be proud to shop in, a store you can have confidence in, a store that is fun to shop and exciting to visit”.

Isn’t that every mom’s dream for herself and her children to be all of these things?

What a perfect match for us.

Then, in 1974, Target focused on “making shopping easy” and be it unintentionally or intentionally, began to solidify its place in the heart of moms everywhere. Almost ten years later, the Dayton-Hudson Foundation was recognized for its incredible giving in local arts and social welfare, ultimately encouraging even more fondness for the company amongst the mama bears in its community.

Be of good quality.

This is many a mamas’ mantra; for both herself and her children.

And so, as I stated earlier — knowing there would be numerous similarities and the opportunity for companionship — on the seventh day, God made Target.

On that seventh day, God also created CVS, Walgreens, leggings, coffee, wine, dry shampoo, loving husbands, doting grandparents, supportive friends, pizza, the Hallmark and Lifetime channels, and Facebook. Okay, Zuckerberg gets credit for that last one, but still, all were created so that us mamas could have a better chance at survival while on our journey through parenthood.

For this reason and the three little boisterous reasons that are now sleeping in their beds, as well as the adult-sized one that kisses me every evening, I will forever be thankful to God, who is not offended and is laughing right now because He’s the one that gave me this wit.

Here’s the biggest reason female middle managers don’t get promoted
The magic of becoming vulnerable with your group of mom friends: 'We have to be able to complain'
Perhaps we could each put our martyr stick down
advertisement

Here’s the biggest reason female middle managers don’t get promoted
The magic of becoming vulnerable with your group of mom friends: 'We have to be able to complain'
Perhaps we could each put our martyr stick down