Sleep and the Alligator in His Head

Published by Christa from the Hello Mamas App on March 21, 2016

Recently - and by that I mean for the past two months - my son has been acting, well, traumatized. Like something horrible happened to him.

It started with him nervously whispering, "What was that sound?" every time a car drove by the house or one of the cats made a thump.

Then it escalated to him losing his mind whenever I or the mister went down to the basement to toss in a load of laundry or scoop the litter box. Eventually he was following me from room to room and asking if his papa was still in the house every time the mister was out of sight.

And sleep? Forget it. In 2016 my big boy has gone back to sleeping like a newborn, waking up multiple times a night - sometimes inconsolable. He has ended up in my bed more nights than not.

I'm a little embarrassed by that but moms gotta do what we gotta do when it comes to getting enough sleep. Especially working moms who have to be up and on the ball when the alarm goes off.

Naturally my first thought was that something terrible had happened to him. So I asked the mister. I asked at daycare. And I just plain asked around, but no.

I finally think I know what's going on, though. Poor guy has bad dreams - this we know - and it occurred to me that my son, who is just about three-and-a-half, probably has no idea that dreams are dreams. 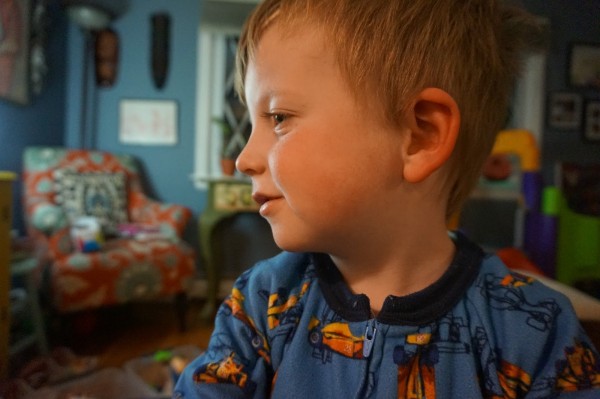 It occurred to me because one day he says, "Do you remember last night when the alligator bit my leg and pulled me into the water? That really hurt!"

And I said that no, I didn't remember that because no alligator had bitten him or pulled him into the water and I wouldn't ever let that happen, obviously.

But my little guy was adamant that the alligator incident was absolutely positively something that had really happened "last night," which is his way of describing anything that happened in the past.

It must be the dreams - the ones that I know he has because he cries out in his sleep and has night terrors so terrible they've made me cry more than once.

Now I don't know what to do because I've tried to explain what dreams are... they're movies that play in your head when you're sleeping... they're pretend stories your brain makes up... they're not real but they seem so real, I know, because I have bad dreams, too, and they rock me to my core even though I am old enough to know they're not real.

How in the world do you explain dreams to a three year old? How do you tell him that the alligator he could see and hear and feel as it dragged him under the cold, dark waves was just a product of his sleeping brain?

At this point we have tried it all.

Cosleeping, which worked until it didn't and he started waking up in our bed. Letting him cry a little, which didn't work at all because he just ramped up the intensity of his hollering as the minutes ticked by. Melatonin. Calling the pediatrician, who reminded us it's probably just a phase. Extra tight routines. More cuddles. Noise machines. Night lights. And nothing has helped.

Right now I'm confessing what I consider the craziest response to my son's new and horrible sleep habits, which is just riding it out. As a parent, my first impulse is always to fix whatever is wrong. Especially when the thing that's wrong is slowly turning me to into a crazy person! But from here on my husband and I are opting to trust our pediatrician and to alternate who wakes up and who (hopefully) gets a full night of sleep. 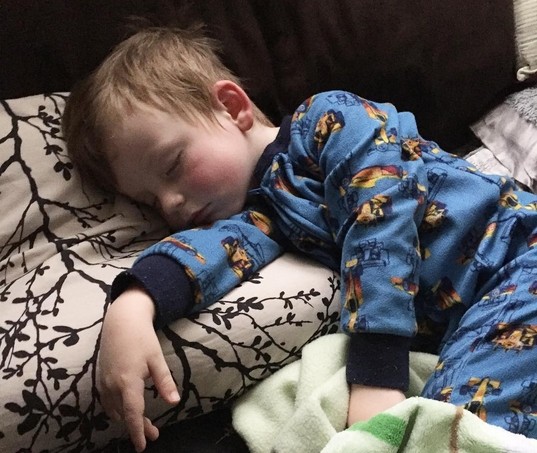 At this point, more than a few people know about his sleep issues and so when I look particularly tired people tend to ask what we're trying now. The answer - nothing - surprises them. We'll wait and we'll see, we explain. We'll pray and we'll hope for the best. We'll get him into bed earlier and try to take more naps.

And that's about it because honestly, sleep is one of those battles you can't really win. I can't kill that pesky alligator so right now, I need to focus not on fixing but on caring. Because most importantly, I need to remember that my son's sleep issues are hard on him, too.

What's Sleep?
8 tips to conquer the 4-month sleep regression
The Battles We Choose.