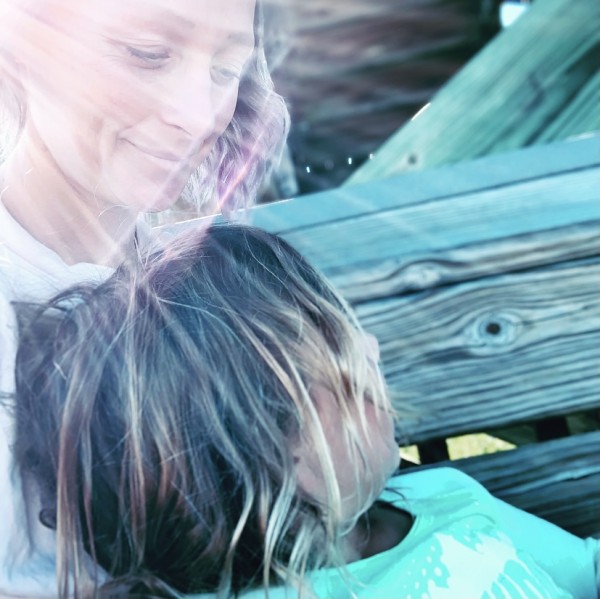 Two of the five of us.

In the middle of a paved walking trail at a local nature preserve.

It was a beautiful Sunday.

A picture-perfect day for a walk.

Or so we thought.

Well, four of us at least.

Cause one of us, the youngest, the five-year-old, didn’t want to walk or be held or have a piggyback ride.

She wanted to go home, and if she couldn’t go home, she was going to stand her ground, quite literally, and not budge.

My attempts at persuasion were met with sassy but logical responses, and informing her that her refusal would have consequences just led to her matter of factly accepting them.

I could have given in.

I could have just walked with her back to the car, and we could have waited for the others there.

I could have done that.

But I refused to.

Because, honestly, up until lately, I would always cave for her in the name of retaining my sanity.

Until I got tired of it and her controlling every situation and decided to find my kahonas, my ability to stay calm under pressure and take back what’s rightfully mine — the decision-making.

I’m not a hard ass, but I’m not a softy either.

Like, clean up their dinner plates and take a day off from dessert.

Like, exercise their minds and their bodies, in many ways, every single day.

But not getting your way — it sucks.

And she was pissed.

And so we sat. 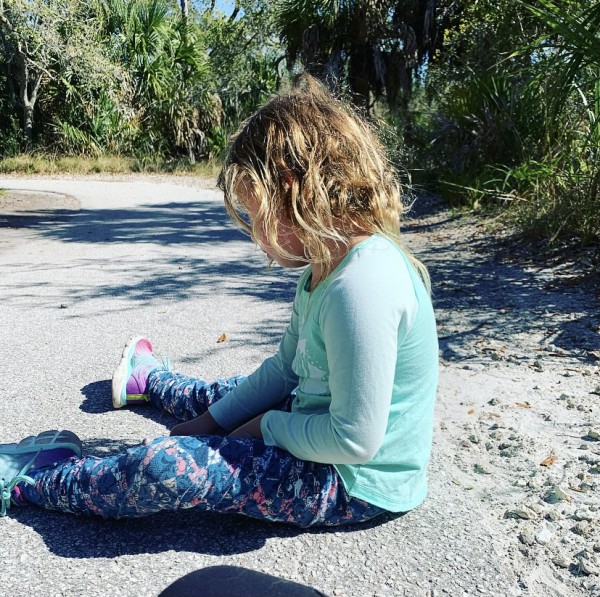 For as long as it took for us to work things out.

For her to work through her feelings.

For me to keep in control of mine.

It was hard for both of us.

I was hot, and it was buggy.

She was bored and tired of the visible exasperation I was emitting.

Some of those passing by gave us supportive glances while others cracked jokes re: the not so joyous moments of parenting.

But it was there, on that pathway, that two strong-willed, stubborn, independent-thinking gals didn’t give up on what each wanted or each other.

And so we sat until our group returned, wiped the dirt and pride from our biscuits, and joined the others for the rest of the way.

Being a good parent is hard.

But so is being a good kid.

This isn’t the only time my kid will want to take a different path or step off the track I’ve so lovingly and methodically laid out for them. They will always want to do things their way, and sometimes we have to just sit with them as they sit with their emotions and figure out their next steps.

Sit with them when they want you to and when they don’t.

Sit with them so they know there’s always someone who will.

Fighting the COVID 15? Get a Dog!
The unseen life of special needs parents
The Gift of Confidence
advertisement

Fighting the COVID 15? Get a Dog!
The unseen life of special needs parents
The Gift of Confidence