Self-Reliance: Teaching your children to do things for themselves is good for your kids and good for you. 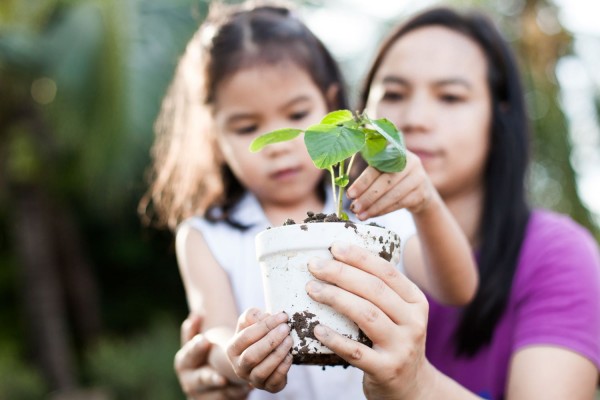 Back in 2012, I was working as a pediatrician, on call for the day, and had children who were 3, 5, and 8. As I was scrambling to make a dinner they would no doubt not like, my attention was divided among the kids, the dinner, and getting paged for work.

I went about my business and, out of the corner of my eye, saw him get down from the couch, walk to the kitchen, take a cup out of the cabinet, and get his own water from the refrigerator. As his cup filled, I heard him say: “Well, looks like I’m on my own again.”

If you have a subsequent child, you know that they are pretty self-reliant. Basically, they can raise themselves. When the third child was an infant, every evening we fed and bathed him, read to him, loved on him, and put him in the crib for the night.

If he cried before he went to sleep, we heard his crying but couldn’t deal with it as we were busy trying to feed and bathe, read to, love on the other two kids before they went to bed.

What he learned from these times of momentary benign neglect was that he could self-soothe at bedtime and put himself to sleep. He learned sometimes if you want a glass of water, you have to get up off your backside and get it. All of those moments have helped create a 10-year-old who is pretty self-reliant.

Don’t get me wrong. Many times we all will default to laziness (adults and children). I was off work today and my kids are still home for virtual school. That same child called from the dining room to ask if I could help him with his social studies.

I looked over his shoulder to find a multiple choice question about the American colonies that he wanted me to answer. I told him to go back and read the passage before the question, as I was quite sure the answer he sought was in the reading. He said, “I don’t want to! The passage is too hard!”

I said, “Read it and look at the question again. I already passed 5th grade Social Studies!” and went back to what I was doing. Looks like he’s on his own again.

Roller Coaster of Love
The Unmentionable: Wiping Your Child
It takes a village to raise kids, but kids deserve a village too
advertisement

Roller Coaster of Love
The Unmentionable: Wiping Your Child
It takes a village to raise kids, but kids deserve a village too