Published by Leslie Blanchard1 on March 8, 2021 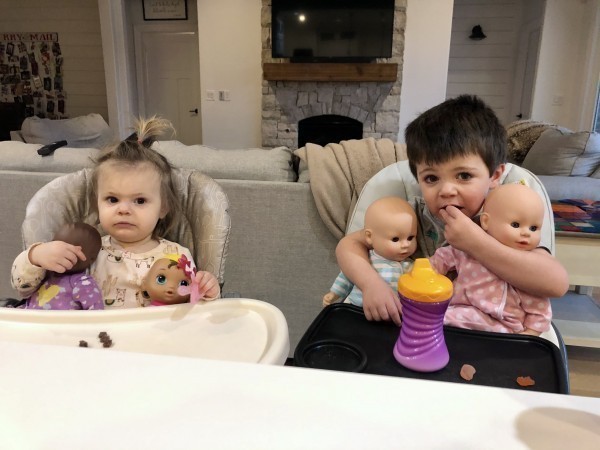 Parents around the world are hopeful with good reason. They are waiting to experience the most common side effect of the vaccine: a renewed sense of freedom! Albeit “cautious freedom,” but after a full year of restrictive quarantining, families are starting to feel something that resembles normalcy...

My daughter and her husband have been hyper-vigilant for the past 12 months in an effort to protect the health of themselves and their small children, but mostly the older members of our family, especially those with specific health risks. Now that everyone is getting vaccinated, they are taking stock of a long forgotten “parenting resource,” as grandparents are finally able to merge back into their grandchildren’s lives.

At long last - It’s become safe to rediscover Grandma! (Assuming it ever was...)

As this reintegration process has slowly started to occur, it has become apparent to me that my toddler grandchildren have become woefully uncultured during these trying pandemic times. Never one to criticize my own daughter - I know she’s had her hands full working two jobs from home, with two children under the age of 3. Obviously, she did her best, but it is high time to infuse a fresh new influence into these wee little sponges.

It’s been interesting getting reacquainted with the little stinkers, to say the least. In a perfect world, my grandchildren and I would’ve gotten to know each other slowly, day-by-day, in small bites. Not all at once. But, as we all know, this is anything but a perfect world.

On Day 1 of our reunion, I endured 5 hours of learning everything there is to know about dinosaurs from my 3-year-old grandson. It’s not like I had no idea he was obsessed with prehistoric creatures, we’ve spent countless hours discussing them over FaceTime. As such, I arrived at his house armed with plastic dinosaurs from the Dollar Store. I know how to ingratiate myself on the cheap. It’s not my first rodeo, hell, it’s not even my first Dino-rodeo.

Not trying to brag, but I must admit, I was ever-so-instantly popular.

But only with the little dude...

His baby sister could not be so easily bought. She clung ferociously to her mother and gave me the “death stare!” I knew I was immature to let this reaction hurt my feelings. After all, I raised 5 kids and they all preferred ME to other people. I know how fickle children are...but still...I felt so left out of their little clique of 2. It was like being in the 7th grade all over again.

As a bonding exercise, my daughter suggested we watch “Baby Shark” videos together. Apparently, my granddaughter will watch these videos with any ol’ axe murderer. So, I complied.

If you’ve never watched a “Baby Shark” video and you don’t know the theme song by heart, then you haven’t spent any time lately around a child. I don’t recommend viewing this content if you have any borderline depression or mental instability. Nonetheless, my granddaughter and I watched the video over and over again...rinse, repeat. Eventually, she sidled into my lap. I had gained her trust. But by then, I was so sick of that little ditty, I almost didn’t care anymore.

For starters, I can’t believe how that video portrays the Grandma shark! It’s downright demoralizing. She has no teeth!

That can’t be right? physically or metaphorically...

Obviously, if we were going to proceed with this relationship as such, it was imperative that we get a few things straight. Starting with a demonstration of what “Today’s Grandma” really looks like and obviously it was also past time for Grandma to broaden this 2-year-old’s musical horizons.

It occurred to me that my little granddaughter was throwing off some major Diva Vibes, so let’s get our Diva on, shall we? There’s a whole world out there these children haven’t been introduced to because of this pandemic. So, by way of survival, I pulled up one of the greatest musical Divas of all time - Tina Turner, performing “Proud Mary!” Now there’s a Grandma with teeth AND legs! I then proceeded to provide her with some refined musical exposure, followed by an extensive dance lesson.

I’m delighted to report we’ve been rollin’ ever since. Now, in full disclosure, she does think I’m crazy. But she was going to figure that out sooner or later anyway, so, we’re rollin’ with that as well.