Parents – How Do You Cope with Your Teenagers? 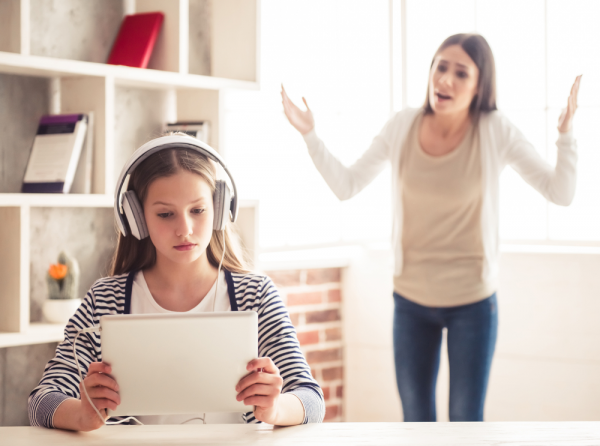 Being a teenager can be tough, but parenting one is even worse! Sure, having kids who are big enough to get themselves to the bathroom, grab a quick snack on their own and even drive themselves from here to there may sound great – until you factor in the attitude … the tantrums … and the back talk. What’s a parent to do?

The first thing parents of teenagers have to remember is: hormones, struggles for independence and autonomy, and peer pressure, coupled with a the fear of the future and their own inadequacies can all send a teenager into a tailspin, of sorts, which usually lead to a screaming match with their parents.

Teenager’s emotions can be quite volatile, especially with those they find “safe” to vent to. The key for parents is to be understanding of their rocky roller coaster of emotions without allowing their teen to be disrespectful or belligerent.

One of the best ways a parent can help their teenager maneuver the pathway to adulthood is to get to know them.

Most experts agree that taking time to spend with your teen and getting to know who they really are in a nonjudgmental way can foster a relationship of love and respect that will last for years.

While teens generally don’t like it when parents are intrusive, they do like their parents to show an interest in what’s important to them at this stage of their lives and development.

I once caught my 16 year-old daughter writing some very romantic love letters to her boyfriend and I was shocked at the kind of words she used.

I had a REALLY long talk with her and found out that she’s been doing this for the past 2 years.

So what am I saying?

Monitor your children’s friends, activities and emotions from a distance.

These may all be a sign of severe depression (or even thoughts of suicide), drug use or eating disorders.

As for discipline, the teenage years can be wrought with power struggles between the adults in the house, and teenagers who think they’re adults already.

It may be important to encourage your teens to strive for more emotional and physical autonomy during these years, but it’s also imperative that they understand that any wayward behavior on their part will have consequences. Now’s not the time to be wishy-washy.

Parents of teens have to stand strong (together) to make their growing children know and understand who remains boss – at least for now. There will be a time for them to be on their own, and make all of their own decisions. But, that time has not come quite yet.

Here are a few suggestions to help you build a better parent-child relationship with your teen during those rough hard to handle times:

Whether enforcing discipline, or talking about a touchy subject, use a neutral tone to show your child who’s in charge. Besides, calmness is often contagious. If you are not in control of your own emotions - particularly feelings of anger - it sets a bad example.

Children – but especially teens – need to know that you’re really listening to their point of view and care what they’re thinking and feeling. Focus on their interests (even if it doesn’t interest you); listen (even when they ramble); and give lots of praise when deserved.

Be Specific As To Your Expectations

Teens don’t often respond well to hints or suggestions. If you want your 15-year-old to take out the trash, tell him to do it! Firmly and politely, but tell him.

Say please. Say thank you. Speak kindly and they’re likely to do the same. Good manners can be catching! And how can you expect another person to treat you with respect, unless you also treat them with respect?

Parenting teenagers can be a roller coaster of emotions – for both of you. Just remember, you’re in this together. Weather the storm as a team and leave the boxing gloves at the gym.

John has always had the natural ability to help those desirous of improving their relationships. He is the co-founder and Cheif Editor of Sociotelligence.com, a site that's geared towards making people become more social.

9 Reasons You’re Not Crazy, You’re Not a Bad Mom, and No Your Teenager Doesn’t (Actually) Hate You
Discipline for Teens During a Pandemic
Problems Arising Nowadays in Coping with the Teenagers Kids
advertisement

9 Reasons You’re Not Crazy, You’re Not a Bad Mom, and No Your Teenager Doesn’t (Actually) Hate You
Discipline for Teens During a Pandemic
Problems Arising Nowadays in Coping with the Teenagers Kids