Parenting: The Most Important Job in the World 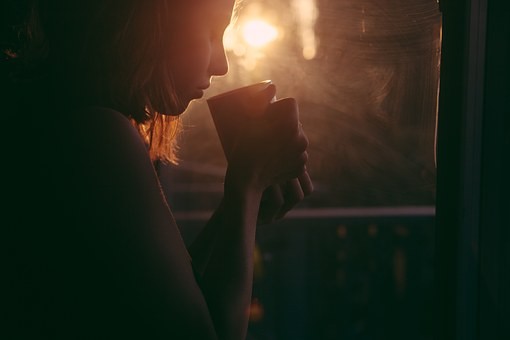 I’ve had many jobs in my life. I worked at a deli after school during high school, a clothing store after that and was even a grocery store clerk at one point. But the greatest job title I’ve ever held is “mother”. Being a parent comes with more responsibility, requirements, demands, and worry than any other job I can think of. Not to mention, your job performance evaluation isn’t done on paper, it’s done on another human being! Meaning your success or failure as a parent is often measured by the success or failures of your child. Now, whether or not this is the right way to view it, we often judge ourselves based on the type of child we raise. It makes sense but it’s not as simple as that.

Take my daughter for example. She is the youngest of my two children and she is my little prodigy. She loves school and learning. She was never one to party in high school and never got into any trouble. If I received a call from the teacher it was because she had done something wonderful. And then you had my son. He was my first child and tested my will from the very start. He was born premature and had many health complications that kept us from taking him home right away. When we finally did, we ended up back in the emergency room just a few days later when he had trouble breathing and nearly turned blue. He had a hernia at a very young age, asthma, and was diagnosed with ADD before he left elementary school. He wasn’t a “bad” kid - I don’t like to label any child that way. He was just difficult. He didn’t like rules, school, or authority figures. I hoped he’d grow out of this - that it was just a phase. But he didn’t and it wasn’t.

For a child who didn’t like being told what to do or have parents or teacher hover over him, my son was extremely insecure when it came to doing things without me. He never went to sleepovers, play dates, or sporting events. He got into trouble in school so that he would be punished and banned from attending school functions like dances or fundraisers. He would rather blame his bad behavior than his insecurities for his absence.

His behavior was relatively harmless until he entered high school. There, he connected with other rebellious kids just like him. They put their minds together and came up with new and different ways to cause havoc and chaos at school - ironically, my son has those two words tattooed on his forearms. How appropriate. By junior year, my son had been suspended more times that I can remember, failed more classes than he passed, and had several run ins with the law. He got into fights, racked up two DWI offences within a week of one another, and ultimately dropped out of high school. A fight while on probation landed him in juvenile detention on Thanksgiving day. That was an especially hard time for our entire family.

Of course, I took many of his shortcomings on myself. Where had I gone wrong? I parented him the same way I parented my daughter. How did he turn out so differently? His college savings account was spent on lawyers and bail bondsman instead of on tuition and textbooks. He crashed two of our family vehicles and his own. I forced him to get his GED though he fought me the entire time. I knew he’d need some type of educational background and skills to survive. He needed a job and some direction. He worked as a plumber’s assistant, which was a mostly positive experience. He gained a lot of knowledge, when he showed up. He was still drinking heavily and missing work every other day. Luckily, by the grace of God, his boss didn’t give up on him. He groomed him into an amazing and successful plumber.

I’m not sure exactly what changed. Maybe it was when my son got the taste of making money for his hard work. Maybe it was his girlfriend he met at age 23 that soon became the mother of his first child and then wife, that helped him turn over a new leaf. He was now responsible for someone other than himself. In his mind, if he screwed up and failed, who cared? But now, he had other people that relied on him. If he failed, it wouldn’t be just him that suffered.

It’s ironic, really. There were so many sleepless nights when my son was out doing God knows what. Nights where I prayed and wondered where I had gone wrong. This parenting thing was the hardest job I’d ever had. And taking on that job title, for my son, was also the thing that changed his life forever. Becoming a father snapped him out of his selfish, reckless, mindset. He took his role as “father” just as seriously as I had my own role as “mother”. Buried deep beneath his rough exterior my son had morals, pride, and self-respect. I guess I had done something right after all.