Our Journey from infertility, to child loss, to living life after.

Published by Taylor Costello on March 3, 2020 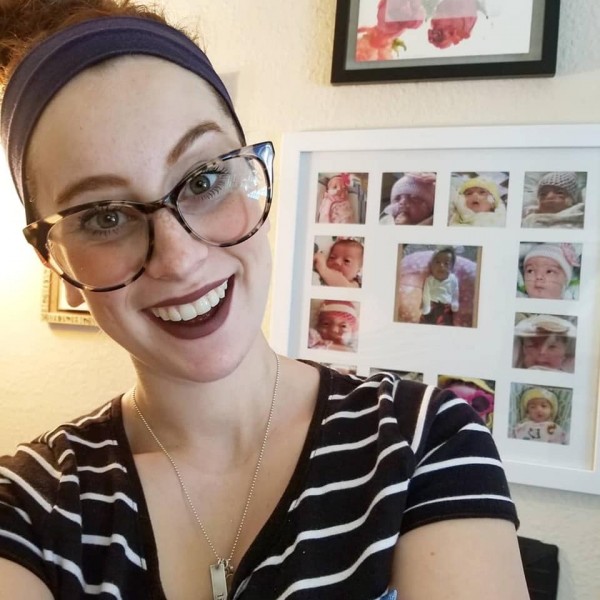 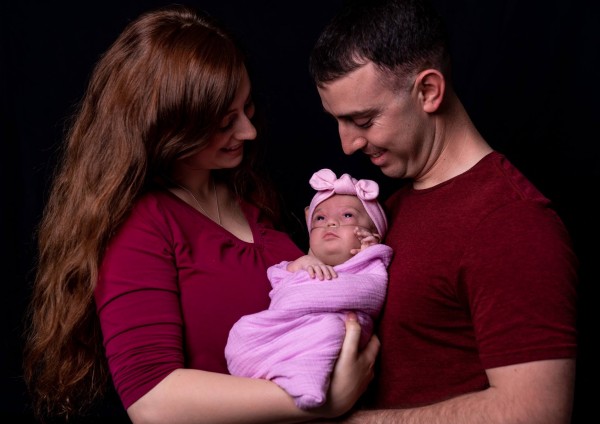 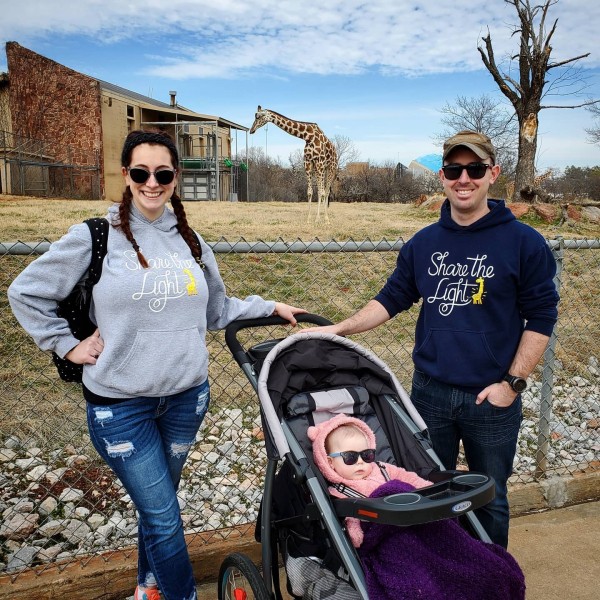 My Name is Taylor Costello and my journey as a mother began in 2016. After being married for six months my husband and I decided we wanted to start a family. In the spring of 2016 I had a miscarriage. It impacted me deeper than I ever expected. What I also didn’t expect was when I shared our story about our miscarriage, how many women out there also experienced a miscarriage and felt so alone and scared about all of the emotions that came with it. That began my journey into being as open as possible about my life.


In February of 2018 after 18 months of infertility, my husband and I welcomed a baby girl into this world. Sadly, and unknown to us, our precious daughter Lily Reagan was born with a severe genetic condition. Within 2 minutes of my daughter being born she was taken away from me. I never got skin to skin, I never got to breast feed, and I didn’t even get to see what her face looked like until 3 hours after she was born. My daughter was transferred to a different hospital, not seeing her again until the next evening. At that point we had no idea what we were going to face.


On February 27th 2018, just two days after our baby girl was born, we learned that our daughter had a severe terminal genetic condition called Zellweger syndrome. She would not live beyond 6 months, she would be blind, have severe epilepsy, organ complications, difficulty breathing, inability to feed herself, and severe low muscle tone. To learn this baby that took so long to conceive was going to die before her first birthday was the most devastating thing I have ever experienced. However, I knew she had a purpose; it had taken so much for her to even be here.


After spending 33 days in the NICU, my husband and I brought our sweet Lily home. We came home to extreme chaos. There was medical supplies everywhere and unorganized. My pumping supplies that I had such hatred toward were all over the place. And then there were documents everywhere. Documents for Medical, documents for Social Security, documents for in home supportive services, and the documents for her end of life wishes; something no parent should have to think about but is sadly extremely necessary.


We had no clue what to do with all of our stuff. Over time, our home health nurses recommended items that slowly helped organize our life. And once the fog of our situation finally lifted, I realized that I couldn’t be the only parent out there who felt extreme unrest by the lack of organization in their house. I kept that in my mind the whole time I was taking care of Lily. In late April I wrote in my personal journal to Lily about the possibility of starting something to help others like our family. At that time it was just a dream, but it was there.


Over the next month I started to face the reality of the extreme PTSD I had from not only the birth of our daughter but losing our daughter. I would have days where those moments would just play over and over again. I knew I had to do something to get out of my head. As I was writing to Lily again in my journal, I decided I needed to start the dream that I had.


On October 1st 2018 Lily’s List was born. I finally had a purpose again. After spending all of September reaching out to families to see if there was a need, I decided to go for it. Lily’s List is a home health resource that helps families with medically fragile children transition from hospital to home. Basically we help send them boxes of stuff, to help them organize their own stuff.


During this time, my husband and I underwent IVF to have a genetically normal child. It was by far ‘easier’ than regular old ttc simply because it was out of my control, but the emotions that came after were so strong, I didn’t see it coming. Lily’s List fulfilled my time and need to help people like us, but it didn’t stop the emotions that came from losing a child and trying to have another.


We were fortunate enough that our first frozen embryo transfer worked, but it was a large hill after that. During my first trimester, I experienced significant anxiety and depression. I feared I would never feel happy again, I was terrified Lily would feel replaced, or that this unborn child would feel like she was a do-over. It took once again, being very open and honest with others, to finally feel less scared and less alone. I have found significant solace in social media, which I never expected. The moms I talk to from Lily’s List understand my emotions, the families who are like ours comfort me and remind me that they too feel it, and I’ve learned that there are just as many women out there who need a friend but don’t have one because the fear, guilt, and trauma is incredibly isolating.

Since then, we have welcomed our sweet Lucy Louella into this world who is such a joy in our lives. Parenting after loss is such a trip. And parenting after only ever having a medically fragile child is even more wild. We came home with just a baby. No oxygen, no medications, and ONE appointment set up for her, not 9. There were times when I feared I had made the wrong decision, welcoming new life into this world. I still feared that somehow Lily would be forgotten. I feared that I was incapable of being a mother to a neurotypical child. I felt lost without my precise feeding guidelines and whiteboard to guide me through every hour of every day. I felt like I was drowning. I felt like I was the worst mother in the world because, I wanted my medically complex baby back. I wanted my nurses and my schedules and the feeding tube.

It was then that I was diagnosed with PPD and PPA. It was strangling me and stealing my joy of being able to love every moment that I had with Lucy. I made it though. Without the community that I had built from Lily and Lily’s List, my life would look much different now. Moms who are open about their struggle, saved me. Moms who let me word vomit on them, saved me. I never thought this journey I took into having a baby, would lead me to wear I am. 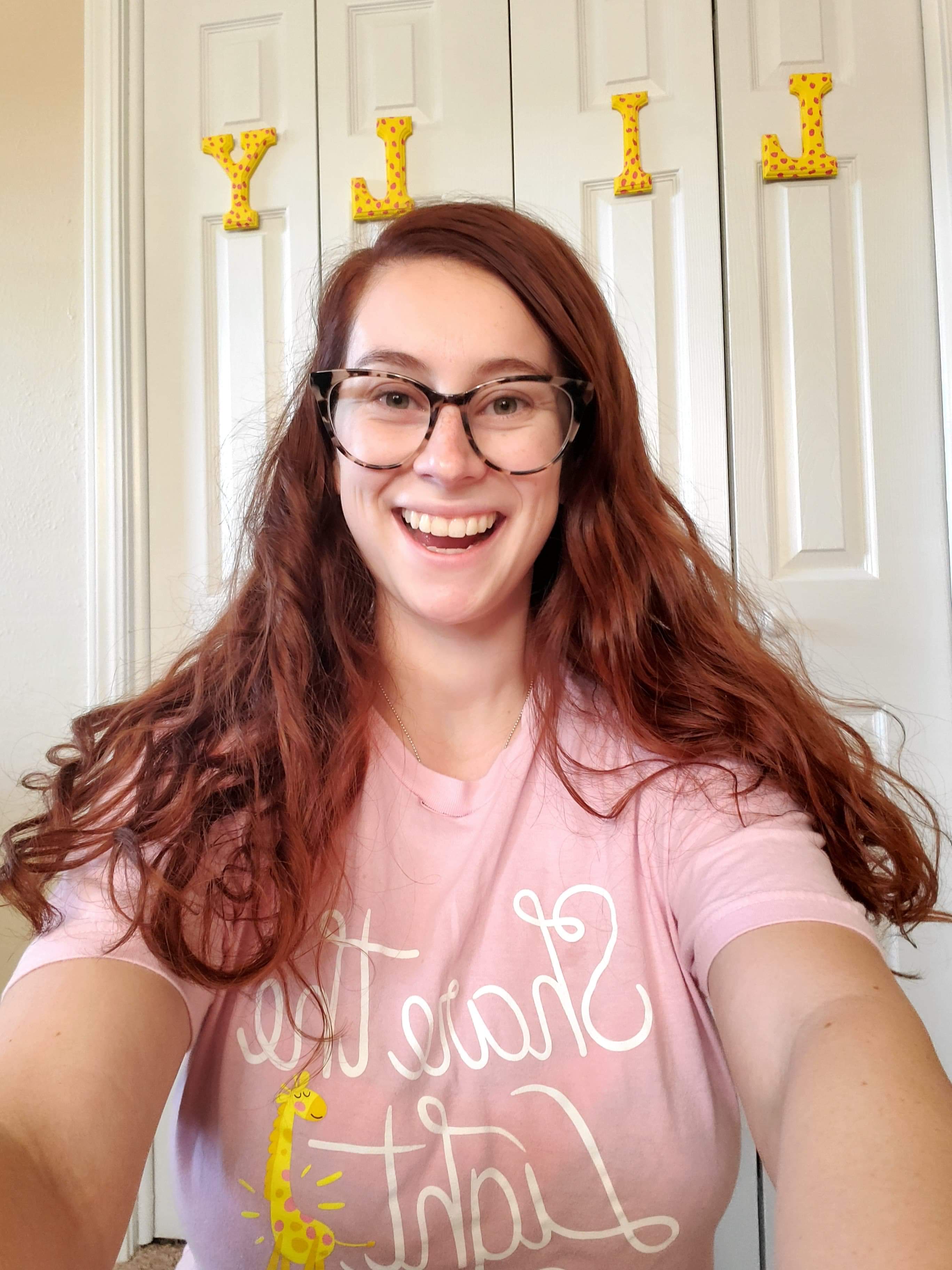 Mom to lily and Lucy. Executive director of Lily’s List

As a pregnancy-after-loss mom, here are 10 things I felt guilty about
Miracle Babies
Wearing a mask isn't about you
advertisement

As a pregnancy-after-loss mom, here are 10 things I felt guilty about
Miracle Babies
Wearing a mask isn't about you