One More Reason to Thank a Teacher

Published by Sara Harberson on August 9, 2016 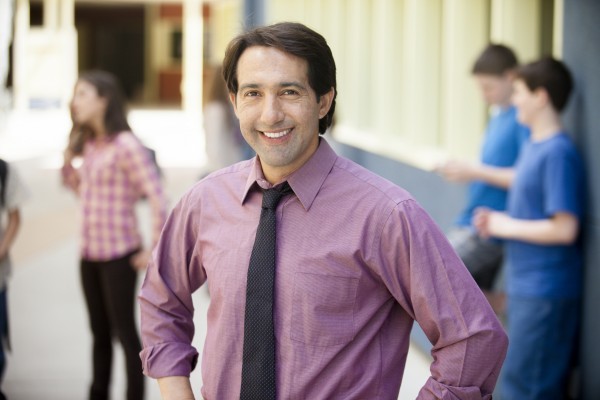 We all can remember lacking confidence in high school. The smallest thing could discourage us from trying out for the play, taking a certain class, or even applying to college. There are so many pitfalls in adolescence, and so many doubters along the way. Teachers are our greatest supporters. They can positively change the trajectory of a student’s life by what they say and what they don’t say. If it wasn’t for my 12th grade history teacher, I’m not sure I would have ended up where I am today.

I was a fairly average history student, but I tried to make up for it by being overly prepared for class. About eight weeks into my senior year, I realized I couldn’t wait any longer. I needed two letters of recommendation for my college applications. I earned good grades in his class so I thought, “Why not ask him for one of them?”

I would later learn as a dean of college admissions that there are “dos and don’ts” to asking a teacher for a letter of recommendation. My own list of “don’ts” from high school still haunts me and it is a big part of why I work with students during the college admissions process. I made so many mistakes when I was applying to college, and now I try to make sure students have every opportunity to avoid them.

If I had known better, I would not have asked this teacher for a recommendation letter. He barely knew me. Instead, I should have asked a 10th or 11th grade teacher who got to see my work for an entire year before having to write a letter. But, I didn’t know any better.

I also shouldn’t have waited until the first week of November to ask him to provide such an important letter. I kept putting it off. I felt like I was asking too much from him. This feeling led me to wait until the last minute.

When I was a high school college counselor, I encouraged students to ask their teachers early for letters of recommendation. The more popular academic teachers get asked by many students, and they need time to both consider the request and write a thoughtful letter. I was lucky. My teacher didn’t complain that I gave him very little time to write the letter. Somehow he made it happen.

He didn’t seem phased when I went right up to him after class one day, with my classmates still milling about, to ask him such a monumental request. I should have given him notice. I should have asked if we could set up a time to chat. I should have thought more about what I was going to say to him. All I could think about that day was getting it over with as quickly as possible.

With every bit of courage, I nervously told him that I needed a letter of recommendation and I needed it soon. I cringe thinking about my brash approach, but I was young and had no guidance as to what I was supposed to do. He thoughtfully asked about the programs and colleges I was interested in.

And, then the unthinkable happened for a self-conscious teenager.

I blurted out the name of the subject I hoped to major in and mispronounced it. Well, technically I just emphasized the wrong syllable. But it sounded so bad. I’m embarrassed to say that I had never actually said the word aloud. I was not nearly as sophisticated as the major I planned to pursue. As soon as I butchered the word, I thought maybe I wasn’t college-ready.

I expected him to laugh at me or worse yet tell me to take my request elsewhere. But he didn’t. He smiled kindly and said he would be honored to write a letter for me.

To this day, I often think about his kindness. I wish I could tell him how much I appreciated his patience and willingness to write a letter for a girl who wanted to major in “Rhetoric,” but didn’t know how to pronounce it. The irony of majoring in a field that is all about what you say has not been lost on me years later.

It must take every ounce of humility for an extraordinary teacher not to criticize a student when there is so much to judge. I’ve come to realize that the best teachers recognize that there is just as much influence in what they don’t say as what they do say. My history teacher is one of them.

Whenever I start to scrutinize a young person’s college application, I try to catch myself and remember how much I still had to learn in high school. Great teachers have so much wisdom to impart. They choose discretion and patience over judgment and criticism. They know exactly what to say and what not to say, and it’s a lesson we can all use and pay forward. 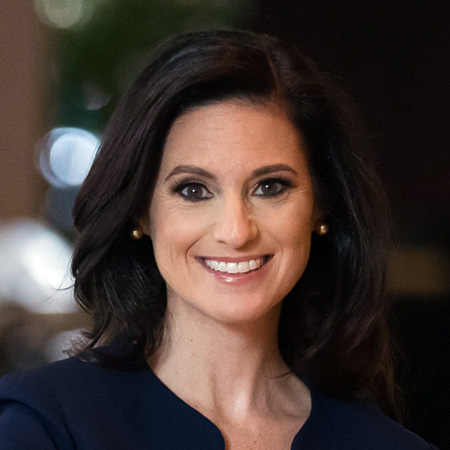 As a mom of 5, I've learned this one way to make kids more grateful
Back to School: What Parents Need to Know about College Admissions
Speech Language Pathologist
advertisement

As a mom of 5, I've learned this one way to make kids more grateful
Back to School: What Parents Need to Know about College Admissions
Speech Language Pathologist