My Wacky Birth Story: When Nothing Goes As Planned 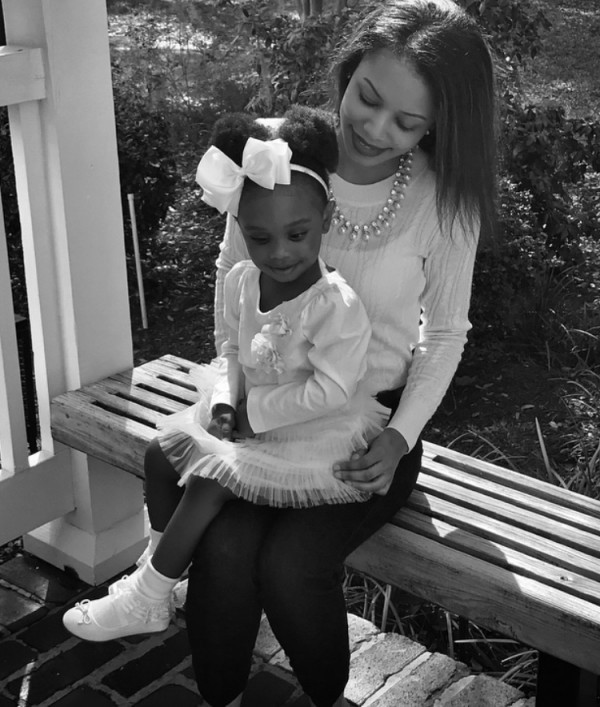 One thing I didn't prepare myself for during my pregnancy was spending time in the NICU. I mean, who really does? The thought just never crossed my mind. I pictured myself going full term, being taken to the hospital by my boyfriend once I went into labor, having a smooth delivery, and finally being pleasantly wheeled out to a waiting vehicle on day three. Instead, my birthing story was the exact opposite.

One sunny afternoon I went to a doctor's appointment at 34 weeks only to be told that I was having contractions and needed to go the hospital. I felt fine so I insisted that I drive myself since the hospital was only 10 minutes away. To be honest, I had something similar happen at 23 weeks and they were able to stop the contractions so I figured this was just a repeat of that situation. I could not have been more wrong! By the time I arrived at the hospital I was basically crawling to the maternity ward. To this day I have no idea why I didn't ask anyone at the front desk for help. After I managed to make it there, they promptly put me in a wheelchair and placed me in a room. At this point I was screaming in pain and all I could think about was the fact that I had a cerclage that needed to be removed and the process was NOT going to be fun.

After getting me settled, the nurse stepped out of the room for a brief moment. At that time I figured it would be wise to call my boyfriend since I clearly forgot. That phone call went something like "hey..uh....um..I'm at the hospital and I....I...I...oooooooohhh...I think they're gonna try to...ooooooohhhh my god...stop the contrac---aaaaaahhhhhhhh!!!" I don't recall him saying too much during that phone call. I do remember him telling me that he was on his way though. Looking back he was probably wondering why I was talking about stopping contractions when it was so obvious to him that I was about to have this baby.

I continued to scream in pain for about another 30 minutes when my doctor casually strolls in the room. "So how ya feeling" were the first words out of her mouth. I just looked at her. She checked to see how far dilated I was and let me know that the cerclage needed to be removed. She then proceeds to put me in stirrups, insert a speculum, and opens that damn thing so wide it felt like she was going to split me in half. Of course she had trouble trying to cut the thing out so what probably should've been a simple process quickly turned into a nightmare. I'm screaming and wiggling all over the place trying to get away from this savage monster while two nurses repeatedly tell me to relax and breathe. Keep in mind I'm still having contractions through all of this madness. Finally after what seemed like an eternity, she managed to remove it. She then bops over to the side of my bed only to say that she was going on vacay & her colleague would totally handle my delivery. I half expected an "Okay....byeeeeeee" as she slid out the door. At this point I was in too much pain to give a damn and after the trauma that I had just experienced, I didn't care if I ever saw that woman again. Did I forget to mention that I had to get a shot in the ass before she arrived?

At some point after all of this I just passed out. When I woke up it was dark outside and my boyfriend was sitting in a chair across from the bed. I mentioned to him that we still hadn't decided on a middle name for MacKenzie. It's funny because I agreed to the first name that he suggested. I guess contractions will make u do that. The contractions had gotten pretty bad at this point so I'm not even sure how I managed to have that conversation. All I wanted was an epidural & the nurse who was monitoring me repeatedly said that I wasn't dilated enough. Shortly after her last check, she moved me to the delivery room which allowed my boyfriend to enjoy several hours of tv while I screamed in pain. I guess my yelling was no match for Animal Planet. Finally, my nurse strolls back in the room and tells me I'm 6cm dilated and can have an epidural if I want one. If I want one?! Has she been wearing headphones all night??? I frantically nodded yes and about five minutes later the anesthesiologist arrived. The epidural itself didn't hurt at all, but trying to administer it was a different story. My contractions were barely a minute apart which made it difficult to keep still. The nurse had to pretty much put me in a bear hug to keep me from moving. I wasn't too thrilled about that, but it worked and within minutes all of my pain was gone.

At this point I think everything is great. The epidural just kicked in and now I can relax. Wrong! My nurse strolls back in the room and this time she brings a friend. She checks to see how far dilated I am and proceeds to tell me that I'm still 6cm. The other nurse (who was clearly more experienced) checks right behind her and says "Naw girl, she's 9cm. We need to call the doctor". My eyes quickly shot over to that idiot nurse. I was livid, but before I had a chance to react the room was full of people.

I literally pushed three times and MacKenzie was out. They quickly handed her over to the nurses and it was probably a good 10 or 15 minutes before I saw her. Apparently her heart rate started to drop during the delivery so the doctor had to do an episiotomy. I just sat there stunned by it all. None of it seemed real. There were people everywhere and it felt like I went into shock. When they finally brought her over to me I didn't know how to feel. I was a mom now but I still felt like me. I remember holding and looking at her, but not feeling anything. She was so beautiful, but I didn't have that moment that everybody describes when they first hold their child. I just felt numb. As I continued to hold her in my arms I noticed that her breathing started to change. It became really rapid and loud. Around that time a nurse came back into the room and told me they were taking her to the NICU. It was that exact moment when everything changed and I suddenly went into mom mode. It was like a switch was turned on. They were taking her away and I couldn't go. I started to panic and immediately told my boyfriend to follow them to the NICU.

It was probably about 30 or 45 minutes before they took me to the NICU. I remember her lying there and being hooked up to all these different machines. My heart just broke as I watched her struggle to breathe. What went wrong? What did I do to cause this? I didn't understand what was happening because this was not included in my birth plan. I never even considered it! All I knew was that I had to fix this situation and nothing was going to get in my way. I would do whatever was necessary to bring my baby home.

My three day stay in the hospital was pretty tense. Not because of the pain from giving birth, but because my daughter was in the NICU. I knew she wasn't going home with me and that was the most painful part. I spent every minute possible in that NICU. I remember on the third day when I was suppose to be discharged a nurse suggested that I stay an extra night as a boarder. Apparently this was something that they do for NICU parents. They officially discharge you from the hospital, but you can stay in your room one more night for free. Of course I said yes to this offer and stayed another night. The next day I had to leave and instead of being wheeled out to a waiting vehicle like I'd always imagined, I walked out alone to my car and drove away in tears..............Only to get a couple of miles up the road and discover my car was infested with ants! Yeah, apparently the only tree that I parked in front of at the hospital was home to a billion ants who were pissed about my parking choice. So after just giving birth I found myself in a Publix parking lot, screaming and spraying raid all over my car.

We all imagine having a perfect birthing experience which is what we truly deserve. Unfortunately, for many of us that isn't the case. My advice to you would be to plan for the best, but prepare for the unexpected. No matter how perfect your pregnancy goes, things can change in a matter of minutes once you go into labor. Nobody ever plans on having a child stay in the NICU or fighting ants in their car four days postpartum right? I know I didn't! But because I received the best gift possible out of this experience I feel no anger. MacKenzie is a bit wacky and unpredictable herself so at the end of the day I think my birth story is quite fitting.

She currently resides in Jacksonville, Florida and is mom to her beautiful daughter MacKenzie. She is the author and creator of the blog MacKenzieStyle.com where she shares her thoughts on parenting as well as beauty and fashion trends. Brandi is a firm believer that becoming a parent shouldn't completely change who you are and believes that it's important to love yourself post-baby. She is most passionate about fashion and being an inspiration to her readers as they travel along their own style journey. 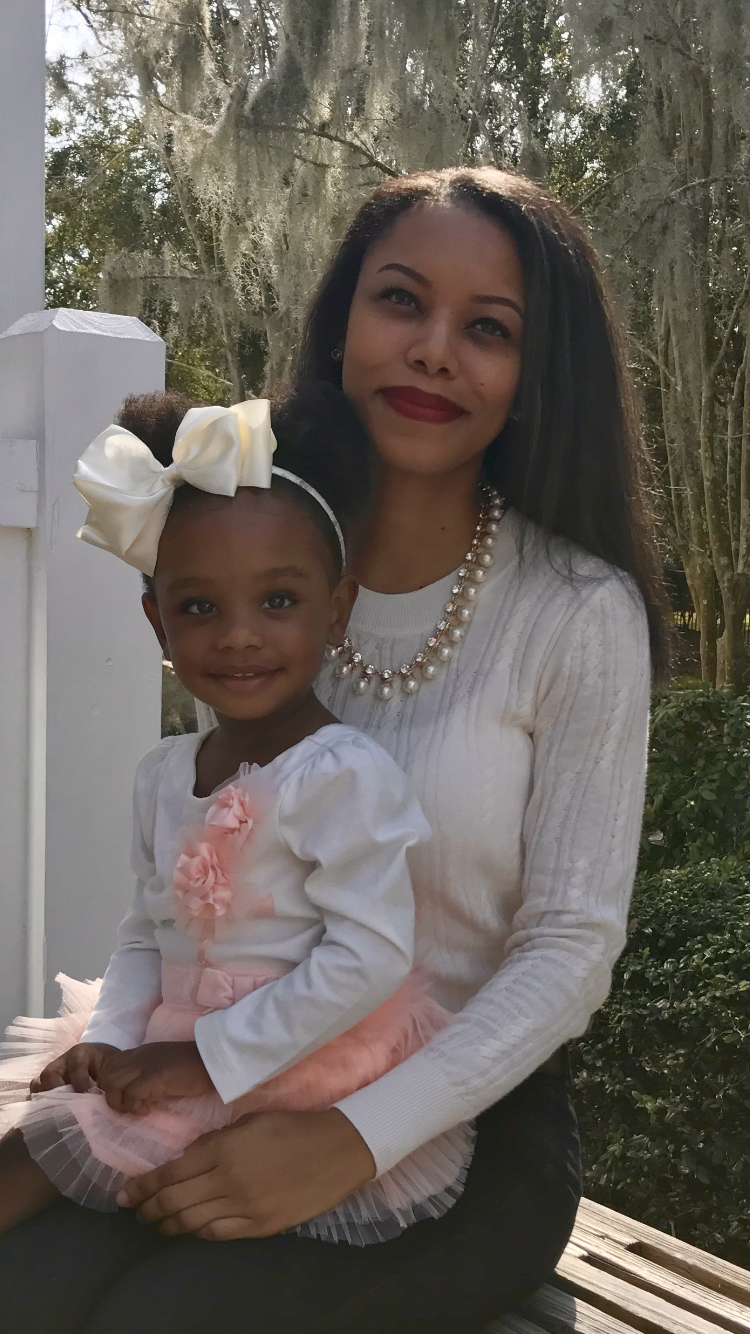 A mother and blogger at MacKenzieStyle.com, she currently resides in beautiful Jacksonville, Fl where you can find her shopping, restaurant hopping, or having mini-dance sessions with her energetic 3 year old daughter.

Cub to a Lion, a warrior.
Ellie Mae
Ellie Mae