My Struggle with Infertility: 10 IUI’s, 3 IVF’s, 3 miscarriages, and thousands of tears. 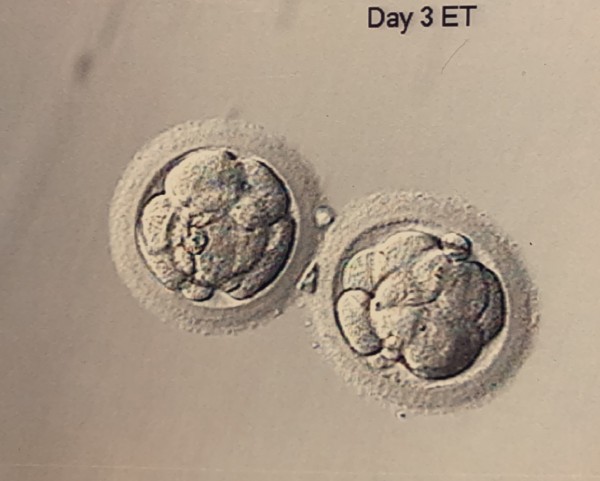 In 2013, after 1 year of trying unsuccessfully to get pregnant naturally, my husband and I sought medical help. After multiple doctors visits and tests, we were told that we had what is called “unexplained Infertility”. There was nothing wrong with either of us that could explain why I couldn’t get pregnant. We decided to seek advice from a fertility doctor and shortly after, started with our first IUI. This also started my 3 years of trials/tribulations of all kinds of protocols/medications which wreaked havoc on my body, mind, hormones, relationship, and bank account. 3 years of hope, frustration, disappointment, pain, heartbreak, tears, and depression.

Our first IUI was unsuccessful, along with the next 4. After the 5th one, we decided to seek another fertility doctor. We were referred to Dr. Kiltz at CNY Fertility, who was highly recommended by family and friends. At CNY, we did another 5 IUI’s. 4 unsuccessful and 1 ending in a miscarriage. Our next step was trying IVF, which came with a whole new set of procedures and medications.

Our first IVF was a success. We transferred 2 embryos and 1 implanted - I was pregnant! Needless to say, we were beyond ecstatic. Weekly ultrasounds showed a heartbeat, but a very faint one. Week after week, the baby’s heartbeat got weaker, and I miscarried at 9 weeks. 6 months later, we did another IVF, transferring 2 embryos, but neither implanted. 2 months after that, April 2016, we did our 3rd IVF. We transferred 2 embryos, and 1 implanted. I was pregnant! Ultrasounds showed a strong heartbeat and normal growth week after week. Due to past surgeries, for the first trimester, I had to do daily injections of progesterone. I was monitored by ultrasound weekly through 26 weeks for cervical weakening, and for concerns that I wouldn’t be able to carry full term.

On January 25th 2017, at 42 weeks pregnant, I was induced. With each contraction, the baby’s heartbeat weakened. While trying to deliver vaginally, as the baby’s head came out, the doctor said “get her to the OR now”. I was rushed into an emergency c-section, due to the umbilical cord being wrapped around the baby’s neck 3 times. At 7:39 pm, our little miracle, was born. We were blessed with a baby boy who has brought us so much love and joy. He is a symbol of our strength, as well as his own.

In April 2018, 3 weeks after I stopped breastfeeding my son, I found out I was pregnant. This was a blessing, and a complete shock, as I didn’t think I could get pregnant naturally. Unfortunately, I miscarried at 9 weeks. Since then, we’ve decided to take a break from trying to conceive.

Infertility and miscarriage are very difficult to deal with both physically and emotionally. I didn’t share my story as I was going through it. I was ashamed. I felt like my body was failing me. Month after month we were faced with disappointment. I didn’t want people asking me about results and having to share bad news, and also didn’t want to relive the news as I told it. On the inside, I felt like I was dying. I cried, alot. I wiped the tears away, put a smile on my face and acted like everything was fine. Silence and solitude became my best friends. I was far from fine.

I share my story now, to inspire others to share theirs. I also share it to bring awareness. 1 in 8 couples struggle with infertility, yet it seems to be taboo. The stigma around infertility and miscarriage needs to change.