Fellow parents, as a village we can raise kind, strong, thoughtful kids

Published by Kristin Shaw on November 6, 2018

My son, his best friend, and two other kids – a child in my son’s grade and the boy’s younger brother - ran past me at the playground on a beautiful Sunday afternoon, laughing and panting like puppies. They rolled in the grass, and I glanced at them as I continued speaking with the mother of the two brothers playing with my son and his friend.

After our play date, my son and I took a detour to the grocery store and had started checking items off the list when his best friend’s mom called me. She and I met while out walking our babies around the neighborhood when our sons were just a few months old, and our sons – both only children – are like brothers. 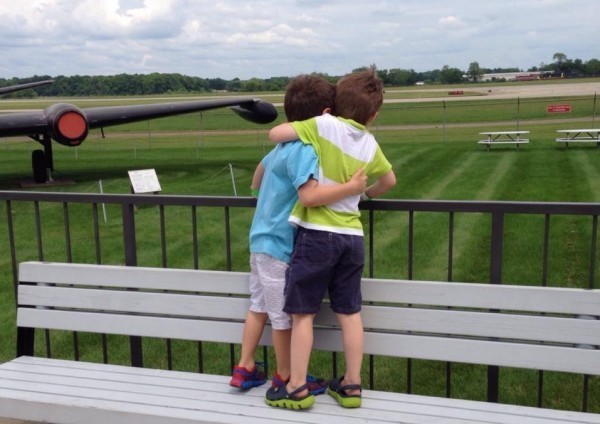 She explained that when he came home from the playground, he was very upset, because apparently one of the boys had the idea to go three against one in a game of dodge ball. I stopped the cart and turned to my son to ask him about it. His face fell, and he quickly realized what I was talking about. I explained that the definition of bullying is an imbalance of power, and that he had contributed to the situation by not standing up to his friend. Instead, he had participated in an activity that hurt his friend’s feelings and his pride.

We paid for our groceries quickly and on the way to my friend’s house, we practiced an apology to his best buddy. Way back when my son watched PBS’ Daniel the Tiger, he learned a little song that goes like this: “Saying I’m sorry is the first step… now, how can I help?” We reviewed the spirit of that song and practiced not just the “I’m sorry for hurting you” part but also the “how can I do better?” part. The point is that the apology itself is not enough unless you understand how you’re going to improve the situation if it comes up the next time.

My son and I talked about what it means to be a good friend, and loyalty, and standing up for someone who is in the minority. And how to be strong enough to stand up and be the only one going against the tide when others are making poor choices. And how to know how to make the right choice. I know these are lifelong lessons and sometimes difficult concepts for children to understand. Over time, however, and reinforcing this role, I know he’ll get it.

My son apologized to his friend and they hugged it out. They are like brothers, after all; as young as they are, they get that they’ll make mistakes. As promised in our conversation in the car, I asked my son every day that week after school what he did to be a good friend on that day. As we role played various scenarios, his sense of loyalty started to grow, and he is becoming a fierce defender.

An important part of this equation is the relationships I have with the mothers of my son’s friends. We have an agreement that if one of our kids says or does something hurtful to another, we’ll tell each other. If we don’t know, then we can’t address it. I have had this conversation in reverse, as well: my son has been the recipient of hurtful words or behaviors and I brought it to the attention of that child’s mother with grace and forgiveness, just as I have been given.

As a village, as a team, we can raise kind, strong, thoughtful kids. It requires an openness and willingness to both give and take feedback about and on behalf of our kids, because we know they don’t always know the right way to respond to a situation, and we can’t be on their shoulder at every moment – nor do we want to be. The older I get, the more I realize the importance of open communication and approaching others with the idea that we’re all in this together, and agreeing to keep our eyes open for each other’s kids is part of the deal. By myself, I’m no expert at this parenting thing. All together, we make a great team.