My New Best Friend: Advocacy for Kindness, Inclusion, and Representation 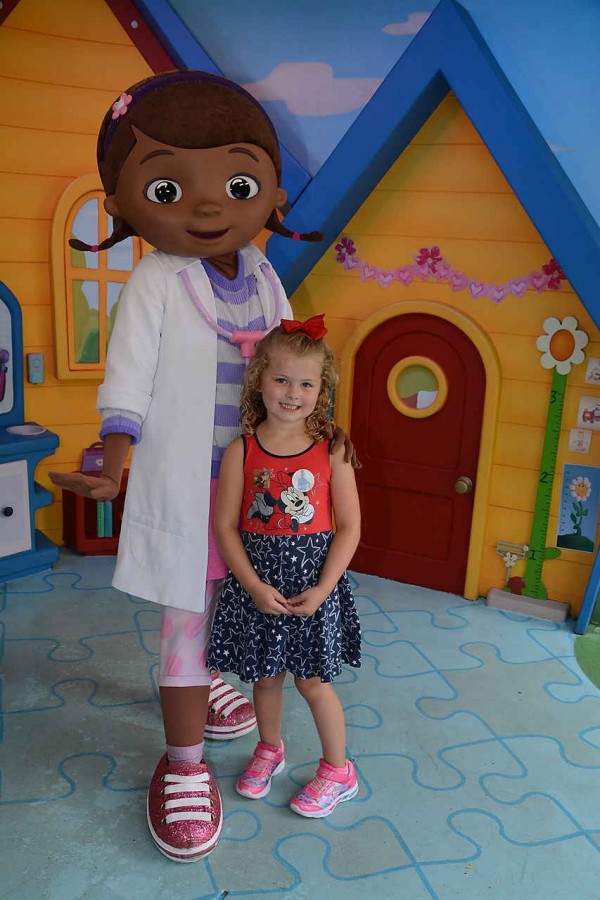 “Those who would try to make you feel less than who you are…that is the greatest evil.” – Fred Rogers

When the new Beauty and the Beast movie was released in 2017, there was some concern over LeFou (played by Josh Gad) being the first openly gay man in a Disney film. Some were worried about how kids would react and others were worried about what Disney is teaching our kids.

The same backlash occurred when the Disney children show, Doc McStuffins, had two interracial lesbian moms on one episode. Doc McStuffins is about a young black girl who speaks to her toys and cares for them as their doctor, just as her mom is an actual doctor and her dad is a stay-at-home dad.

Should we be worried about how our kids will react to gay persons? Is it too much for children at such a young age? Is it “stripping them of their innocence”?

I was in Chick-fil-a with my daughter who was 4 going on 14 at the time. Just as she does every time we are in a public place, she meets someone who is close to her age and declares: “Daddy, meet my new best friend!”

As much as I try to teach her about “stranger danger”, I love her sweet, little heart and how she immediately brings someone new into her world.

She said to her parents, “My friend’s two mommies…” and continued with her question.

I smiled from across the restaurant. There was no awkwardness or judgment from her saying “two mommies.” My daughter didn’t even know the word lesbian. And yet she saw her friend had two mommies and didn’t think anything of it. It was natural. It was innocent.

The opportunity had never come across me at that time to share with my daughter anything about gay persons or what this means or anything on that subject.

Our children are innocent when they see something new and different. They are explorers by nature. They are early scientists and philosophers.

The fact that my daughter saw two mommies and saw nothing abnormal destroys any argument for why we shouldn’t have LGBT persons and families in childrens shows.

See, their presence isn’t even for straight couples and families, first and foremost.

In Doc McStuffins, the mom is the doctor and the dad stays at home with the kids. I am a stay-at-home dad. When I attended my first Home Dad Convention last year, the majority of the stay-at-home dads had spouses who worked in the medical field, as doctors or otherwise. How cool is it for all of these families to see families like theirs represented on a children’s television show?

LeFou in Beauty and the Beast, while providing some comic relief, also provided some hope to that young boy who saw LeFou’s gayness and learned it was okay to be different. Scratch that. Let me say it another way: If we have better representation of people like LeFou, a young boy will just see it’s okay to be himself. Being gay will no longer be different. Being gay will be a natural way of being.

Something is abnormal or different because we don’t know it exists. Representation changes that. It helps remove prejudices when you see women and persons of color as doctors and you know they are kind and powerful and worthy of our attention. It helps remove stereotypes when you see a gay character is as funny and lovable as anyone else. It helps change cultures when we see a new world come to life as it did in the film Black Panther last year. 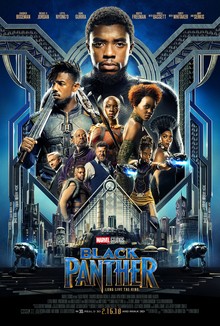 Black Panther was a cultural revolution. This superhero film was more than a superhero film. This film had a primarily African-American cast. In Wakanda, the fictional country in Africa where the film takes place, these black men and women have the most powerful country in the world. Wakanda has the leading technology and scientists, which has been hidden from the rest of the world.

It’s leading scientist is a young black girl, Shuri, who is the sister of the king. Shuri was my favorite character in the film. She was funny and strong and smart and witty. What a powerful message it would send to a young black girl to see a character like herself be the smartest person in the most powerful country in the world with the best technology in the world! The power to believe in yourself sometimes comes from these metaphorical stories which show us this can be possible. It’s more than make-believe. It’s a metaphor for how we can be superheroes too. These stories teach us lessons of how we can treat people and make a difference.

There was a viral video of black men getting excited about the Black Panther film’s poster and it’s primarily black cast being shown on the poster. They said, “Do you see this?! This is how white people feel all the time!” White people – whether we realize it or not – are used to being portrayed as superheroes or doctors or people of incredible power from an incredible culture. Black Panther is more than a film – it’s a cultural revolution – because it created a culture where black persons are the most powerful. This kind of representation shows us that the dream, the metaphorical world on this big screen, can be a reality. Black persons can believe in a world where they are not just the supporting cast; they are the lead actor. They are the president, the leader of this world, the richest, the smartest, the most powerful, the best.

Telling stories where both someone can see themselves in the story and can be inspired to be a better person is the central focus of what telling stories are all about.

These decisions were heartbreaking for me and many of my friends. I hoped that a denomination as big as the UMC would make a progressive stance forward. Since the decision, there has been rebellion in many individual UMC churches in the United States stating that their church will be accepting and inclusive no matter what the wider UMC decided. They will continue to fight for the language to be changed and for acceptance of all persons to be allowed. Some UMC pastors have spoken up against this decision, and some have even gone as far as giving up their ordination credentials because they can no longer be a part of a church that isn’t inclusive for all.

Telling stories is one thing because it helps to make dreams a reality. But seeing these dreams become reality is a whole other realm. I would love to see a church be truly inclusive of all because that is how I think Jesus lived his life. He loved the outcasts and the ones the world loves to hate. He took the time to reach out to people of different cultures and genders and religions than his own. He brought to light persons who were otherwise ignored. He was a cultural revolution in real life. He showed us how we could show grace and love those we would have otherwise ignored.

But while I was upset about the current state of things I went to a birthday party for one of my daughter’s friends. My daughter has kids in her class who are bilingual, who are from other cultures, who are of a different race or religion, and/or who have gay parents. The greatest compliment I could ever receive about my daughter is each of her friend’s parents tell my wife and I how kind she is. All these kids from various backgrounds and diverse families are her “new best friend.”

I realized something as I looked at all her friends and their parents at this birthday party. The world I have dreamed of where everyone is accepted for who they are and loved no matter what their family looks like was represented at this party. We don’t treat the gay parents as “the gay parents;” they are parents trying to raise their kids just like the rest of us. They give great advice and they are fun to be around and we call them friends just like our daughter calls their kids her friends. In our circle, they are already accepted and loved as one of us. They are represented because they are a part of our reality.

Those two mommies my daughter saw at Chick-fil-a already exist. My daughter knows it. She knew it before I could tell her. Their representation on the big or little screen only shows the rest of us that they exist too. It shows that they can exist, and they will exist, and they do exist.

The two daddies at the birthday party are simply a welcome part of our lives, as well as the diverse group of families in my daughter’s class.

I love the friends we have at this birthday party. They are one of us. And we will go to bat for any one of them or their children if someone is unkind to them or makes them feel less than who they are. Because that is what we do for our friends.

Just as my daughter immediately makes a new best friend with everyone she meets, may we do the same. 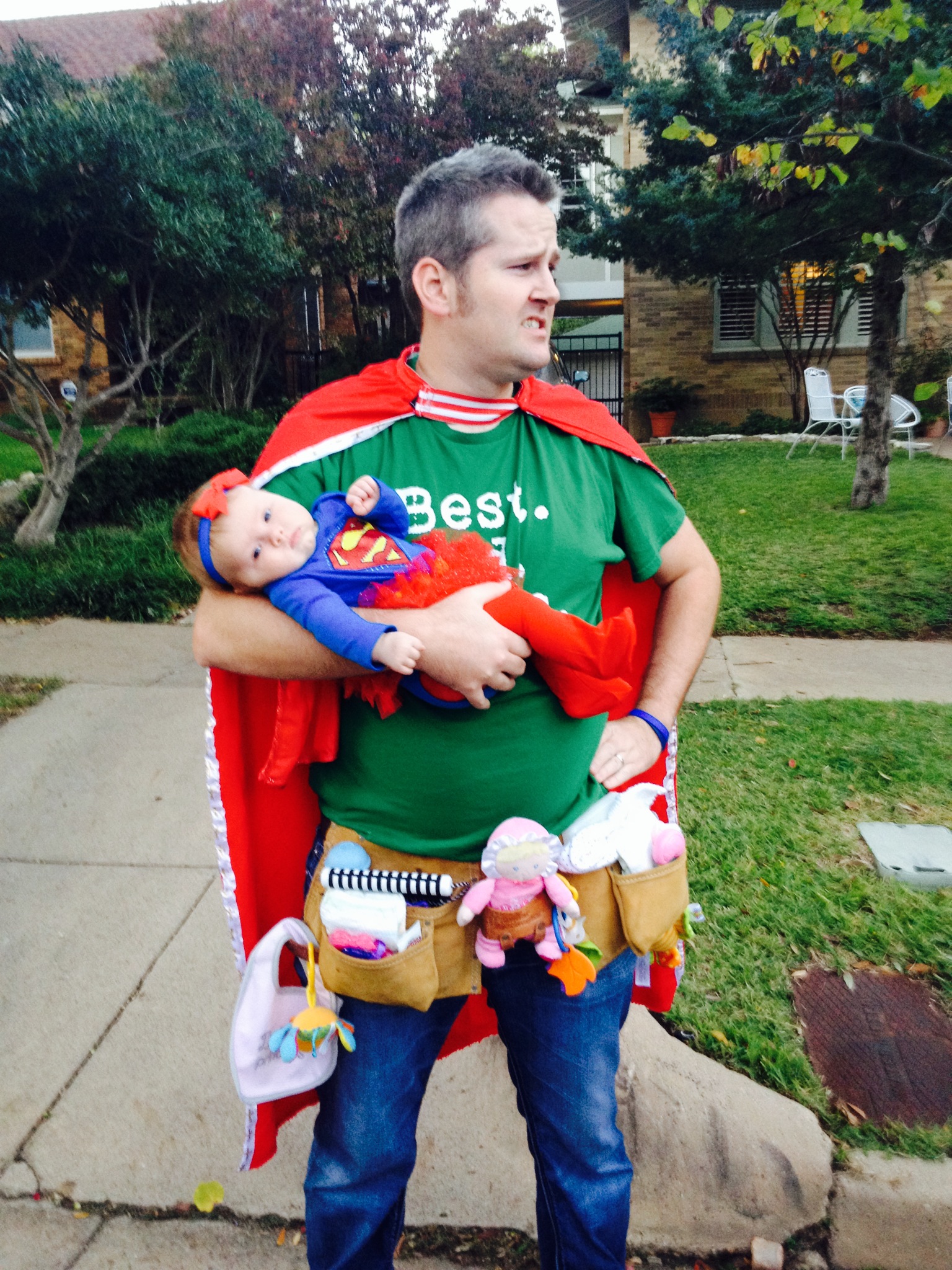 Russell Clark is the author of (1) Raising Presidents: The Unique Perspective of a Stay-at-Home Dad and Working Mom on Parenting in Today’s World and (2) Loser, which are both available on Amazon.com. He is a stay-at-home dad of two daughters, ages 8 years and 3 years old. He currently resides in Winter Garden, FL with his wife and kids.

Parents, let's face the challenges of the digital age together
When mom comes out: A mother’s journey to celebrating her own queerness
Heartbroken at the airport, are medical exemptions still a thing?
advertisement

Parents, let's face the challenges of the digital age together
When mom comes out: A mother’s journey to celebrating her own queerness
Heartbroken at the airport, are medical exemptions still a thing?