My miscarriage annoyed me

Published by Gail Cornwall on February 10, 2020

In my limited experience, the permanence of death is as annoying as it is sad.

As a teenager I grieved my grandfather’s passing, but that didn’t stop me from expecting him to resurface eventually. When told to "outline" chapters in U.S. History class, I knew I needed his help and grew irritated that no phone yet invented would bring it. Three years later, I scanned the crowd at my graduation, becoming irked when I realized he hadn’t returned to help my grandma travel again. Older but apparently no wiser, I felt put out this year when my birthday card from my preschool teacher never came. I understand that cancer took them both, but I can’t seem to wrap my head around the fact that it’s never going to give them back.

At eight weeks into my second pregnancy, I watched my little embryo’s heart flutter on the ultrasound screen. I smiled, but the doctor did not. She said the baby looked too small, predicted that “it” would not survive, and asked me to come back in a week.

After the appointment, I stood at one end of a long skyway connecting two hospital buildings. Mustering faux enthusiasm, I sent my toddler running down the hall. I quickly called my husband, relayed the information, and allowed the soul-choking tears to come. It took her four minutes to tag the far wall and return. By the time she did, I'd shoved the tight smile on my face that I'd spend the following week wearing, quietly hoping for the best while preparing for the worst.

Sure enough, the next ultrasound showed no pitter-patter of little atria. The OB advised us that I could (A) wait to miscarry naturally, (B) take Misoprostol to induce the inevitable miscarriage, or (C) undergo a D&C (short for “dilation and curretage”), a procedure also delightfully known as “uterine scraping.”

Later that day the three of us boarded a redeye to my college roommate’s wedding.

Of course I felt melancholy. Even though my connection with this little one paled in comparison to my love for my one year-old, I had grown to care deeply about the seedling over the course of the month I'd known I was pregnant. In the middle of the night, during that terrible week of uncertainty, I even gave him/her permission to let his/her heart stop beating if the struggle to keep it going became too difficult: “Don’t fret, little one,” I thought, “it’s okay if you need to rest.” Somewhere during those sleepless hours, I indulged my foolish attachment to something the size of a grape by selecting a gender and name: Demi, short for “embryonic demise,” her official diagnosis.

For me though, the sadness wasn’t the worst part.

The news that I had lost the baby negatively shifted my perspective on just about everything. I went from responsibly carrying a few extra pounds of padding for the benefit of an unborn child to feeling just plain chubby. My acceptance of near-constant nausea and exhaustion as serving another life instantaneously morphed into frustration at simply being sick. Big sister in the making no more, my daughter looked like an only child for the first time.

Worse yet is what the lawyer in me likes to call the “expectation measure of damages.” Since the baby had clearly become too sick to live a happy life, I lost nothing of current value; yet I suddenly found myself robbed of an investment I had expected to reap huge emotional reward during the following year, and all the rest.

Big picture, I reasoned with myself, nothing had really changed. We were young and healthy; our daughter would know the joy of siblings one day. But the loss directly assaulted my to-do list and other details of my vision for the future. We wouldn’t be taking a newborn on our big trip to Paris, emails attempting to schedule Skype sessions to share the happy news could lay fallow, I wouldn’t be growing big in the belly with my pregnant friends, I didn’t have to retrieve maternity clothes from storage, and the “new member of the family” picture books required returning to the library.

Thanks to the week of limbo, by the time our wheels touched down on the East Coast, the tide of dismay and disappointment caused by this mental sea change had ebbed, leaving mostly annoyance.

I started to grapple with the physical ramifications when we arrived at our lodging, my former professor’s house. I stared open-mouthed at her lovely white furnishings. They begged for a magazine spread; I prayed I didn’t miscarry on them. Or at the wedding. “Oh dear God,” I thought, “please don’t let it start during the ceremony.” At least my bridesmaid dress was dark blue. 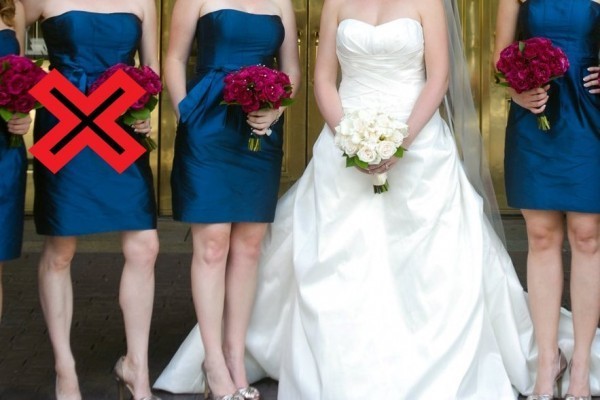 In the end, my body held on to her.

Once we returned home, I took the Misoprostol. After hours of cramping and bleeding, we considered the deed done. Yet two weeks later, contraction-type cramping equivalent to early labor gripped me out of nowhere. Though that only lasted 12 or so hours, I remained in a tough spot(ting) for several more weeks. When my body’s effort to finish what the drugs had started just didn’t stop, the OB scheduled another ultrasound.

I'd figured that a finite amount of material builds up in there; the more that came out, the less would be left behind. As it turns out, what I’ll call the "pregnant tissue" turns the normal uterine tissue into a blood factory.

There are many benefits to having a cervix like a steel trap, but this wasn’t one of them. Without modern medicine, the small amount of pregnant tissue to which my body clung would have kept the bleeding going until an infection bloomed and I died.

Finding this scenario unappealing, I scheduled the D&C required by my diagnosis (now horrifyingly labeled “spontaneous abortion,” as if on a whim I’d turned to my husband and said, “What the heck, let’s pull the ripcord on this puppy and grab some mai tais”).

In other words, when the doctor offered us three options, apparently my body chose “D. All of the above.”

During the D&C, the unthinkable happened: I laughed. In fact, I couldn’t stop giggling.

Relief definitely played a role. The internet and OB prepared me for a significant level of pain, but the procedure felt like small beans: lentils next to the big ol’ butter beans of the natural cramping the week before and labor with my daughter.

But there was also something truly hilarious about the scene. The OB and nurse pulled what looked like a vacuum cleaner up next to the examination table. They stuck one end in me and flipped a switch. I couldn’t stop thinking that I’d felt a hose-like object shoot stuff up there before, but never take anything out. Having reverse sex with two unknown women to the hum of a Hoover while holding my husband’s hand struck me as ridiculously funny.

Shortly after my D&C, I put the disappointment—both grave and trivial—behind me. Consciously, at least. I still found myself arriving at my OB appointments hoping they’d discover a hidden heartbeat. When my husband said his parents had sent him a “great” birthday present, the first idea that flitted through my mind was that they’d somehow managed to revive our baby.

Once again, it’s the permanence of death that’s the real kicker, or in our case, means Demi will never be a kicker.

My Pregnancies were always like walking on glass
Miscarriage, Rainbow Baby, and the Loss of my Uterus.
Hope: IVF Diaries
advertisement

My Pregnancies were always like walking on glass
Miscarriage, Rainbow Baby, and the Loss of my Uterus.
Hope: IVF Diaries